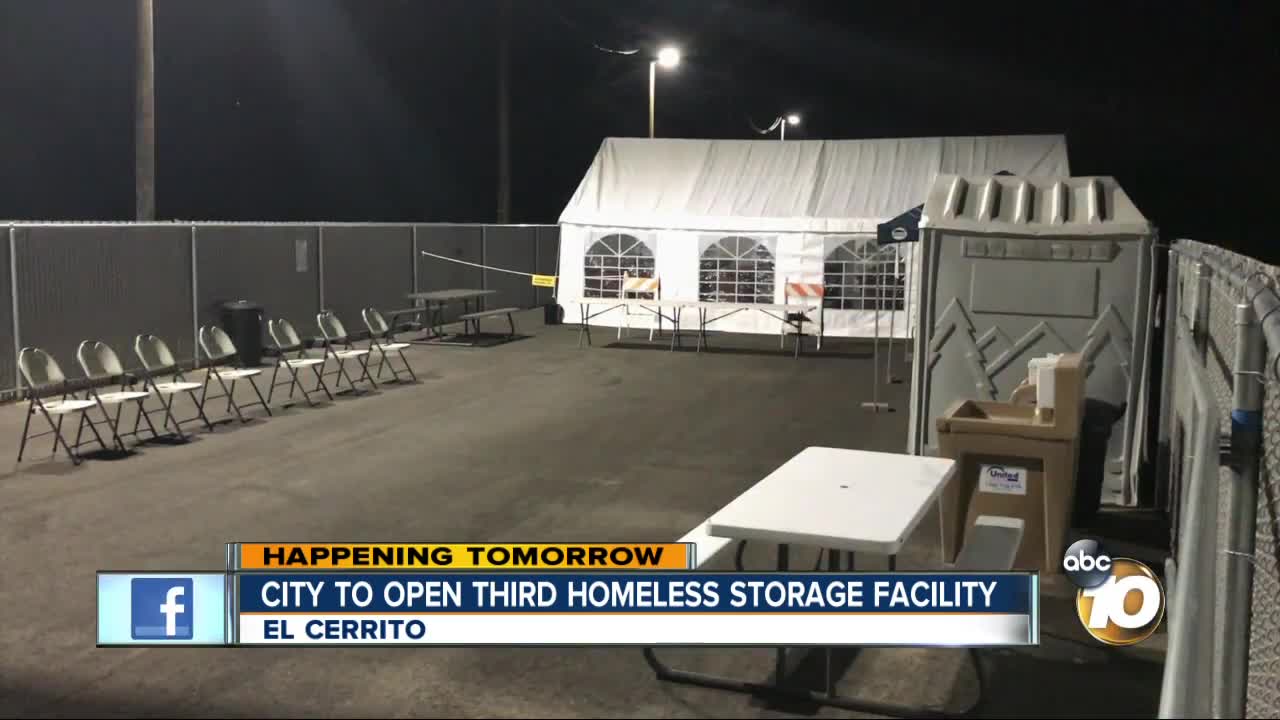 SAN DIEGO (KGTV) -- The City of San Diego is set to open a third homeless storage facility on Monday.

The facility will be similar to the locations in downtown and Logan Heights, allowing homeless to safely store their personal belongings while trying to get back on their feet.

The new location is located on 54th and Lea Street in El Cerrito. It will be operated by Mental Health Systems (MHS), a nonprofit that also operates the Logan Heights location. The organization helps people that are affected by substance abuse and behavioral health disorders.

With the addition of this third location, the city now has storage space for over 1,400 people.

10News spoke to homeowners near the new storage location and neighbors had mixed reactions. Some worried the facility would attract more homeless to the area and others worried about people leaving trash behind in their neighborhoods.

Some neighbors told 10News they welcome the facility and hope this will help people get back on their feet.