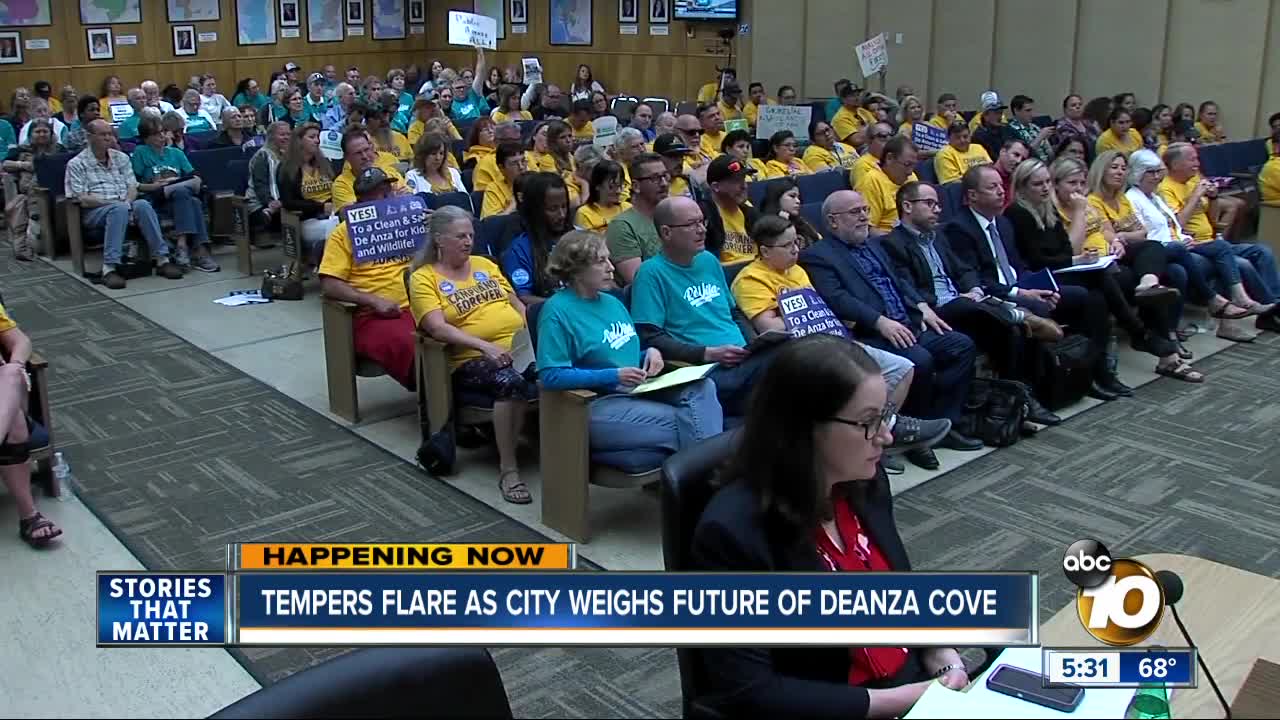 Tempers flared Monday as the city weighed the future of Deanza Cove.

The city struck a deal with Campland to expand into De Anza Cove and remove the crumbling mobile home park.

The issue on the agenda Monday – the future of about 75 acres on the northwest portion of Mission Bay.

Currently, it’s an RV Park next to a mobile home park crumbling with asbestos and warning signs keeping the public out.

The operator of the RV park is terminating its lease later in June.

Campland on the Bay has operated for 50 years just to the west. It’s offering to take over the lease for the RV park and add the mobile home park for five years.

A group called the ReWild Mission Bay Coalition is fighting back.

The coalition wants the city to pursue restoring the area to its natural habitat, fearing that entering into what’s supposed to be a temporary arrangement could end up becoming a long-tern solution.

A staff member with the city told the council this won’t stop the city from pursuing future plans for De Anza Cove.