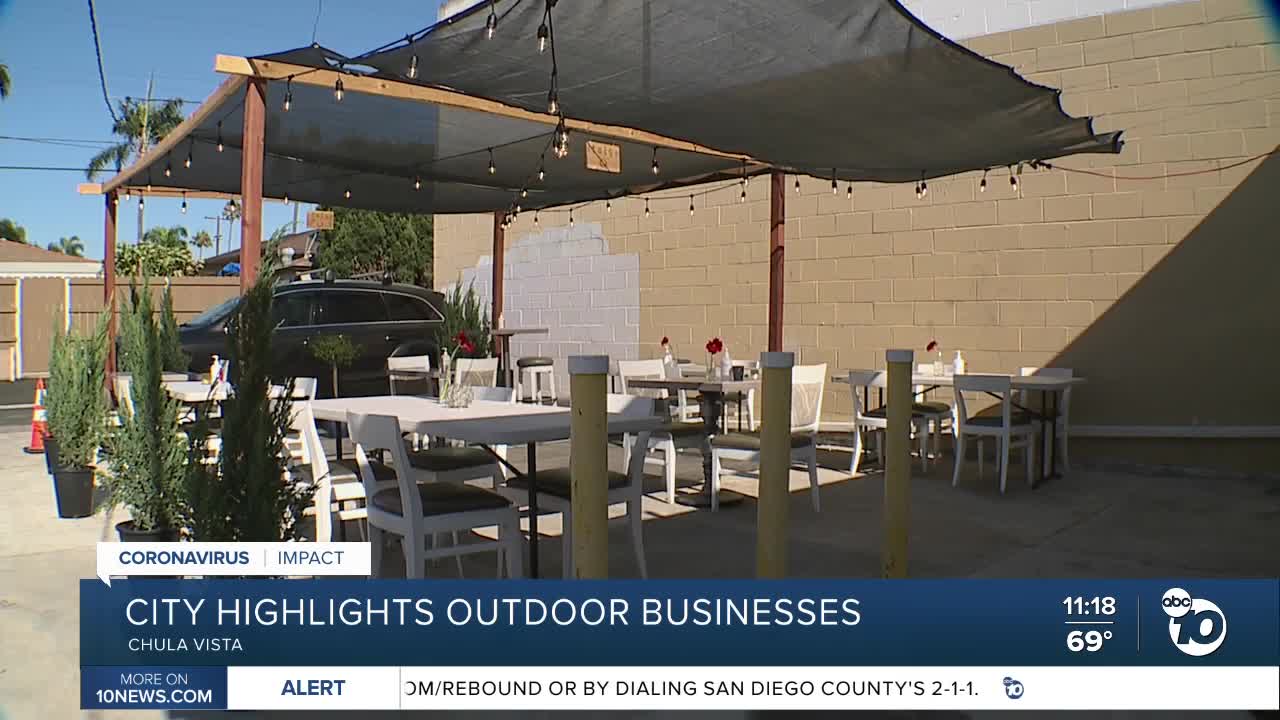 CHULA VISTA, Calif. (KGTV) -- The City of Chula Vista is highlighting local businesses that are adapting to serving customers outdoors because of the pandemic.

The city is calling them ABC, or Accommodating Business Champions. The plan is to feature a different business every day.

Itaglo Pasta Bar was one of the businesses featured. Owner and Chef Alejandro Vicens says he was happy to see his business featured by the city.

Like so many businesses, Vicens has moved everything outdoors to be able to continue to operate.

The city says it plans to continue highlighting business that are moving outdoors. City staff also tells 10News they've been going around the city taking pictures of those that are doing things properly to serve their customers.

On Sundays during the month of August, Chula Vista also approved for a portion of Third Avenue to be closed to traffic, so businesses can expand onto the street.