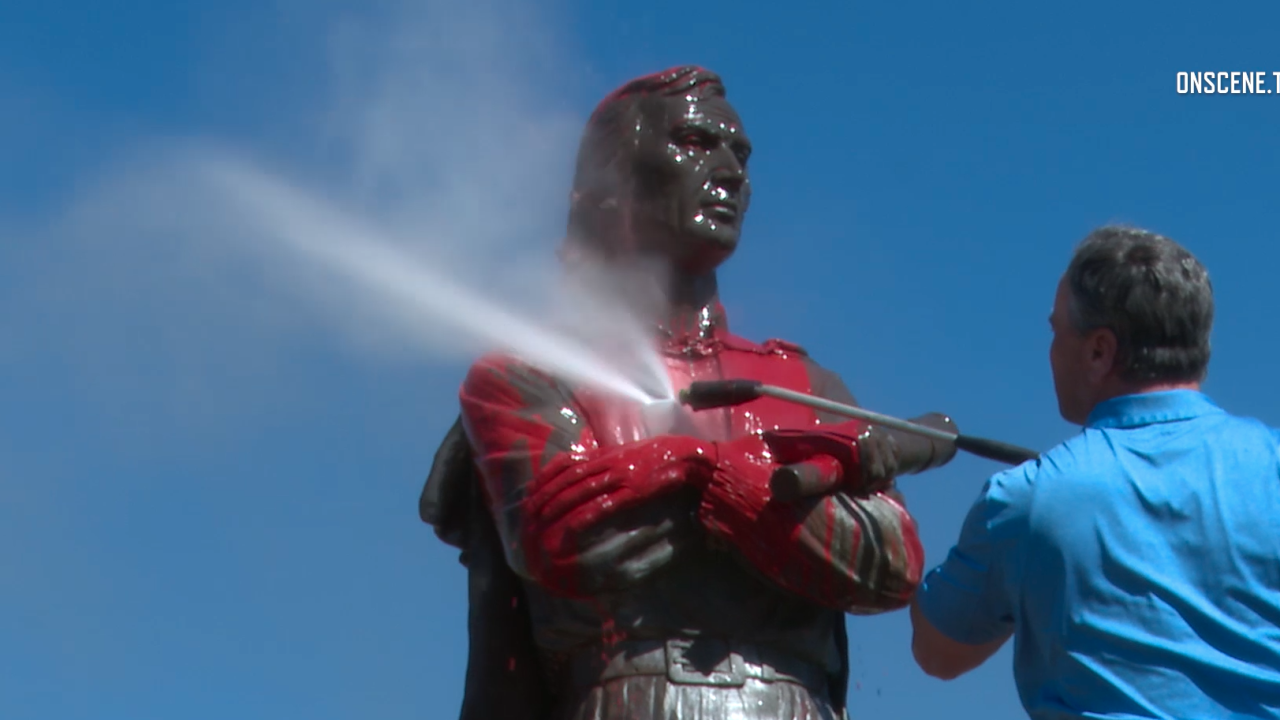 According to police, officers were called to Discovery Park around noon after neighbors reported that someone poured red paint over the statue.

When officers arrived they also found the words “genocide” and “FU” spray painted onto the figure. A brass plaque that used to be attached to the statue was also missing.

Police say they believe the vandalism happened overnight Saturday. Crews from the city responded quickly to clean the statue.

As of Sunday afternoon, police say they don't have a suspect description, but added that the investigation is ongoing.