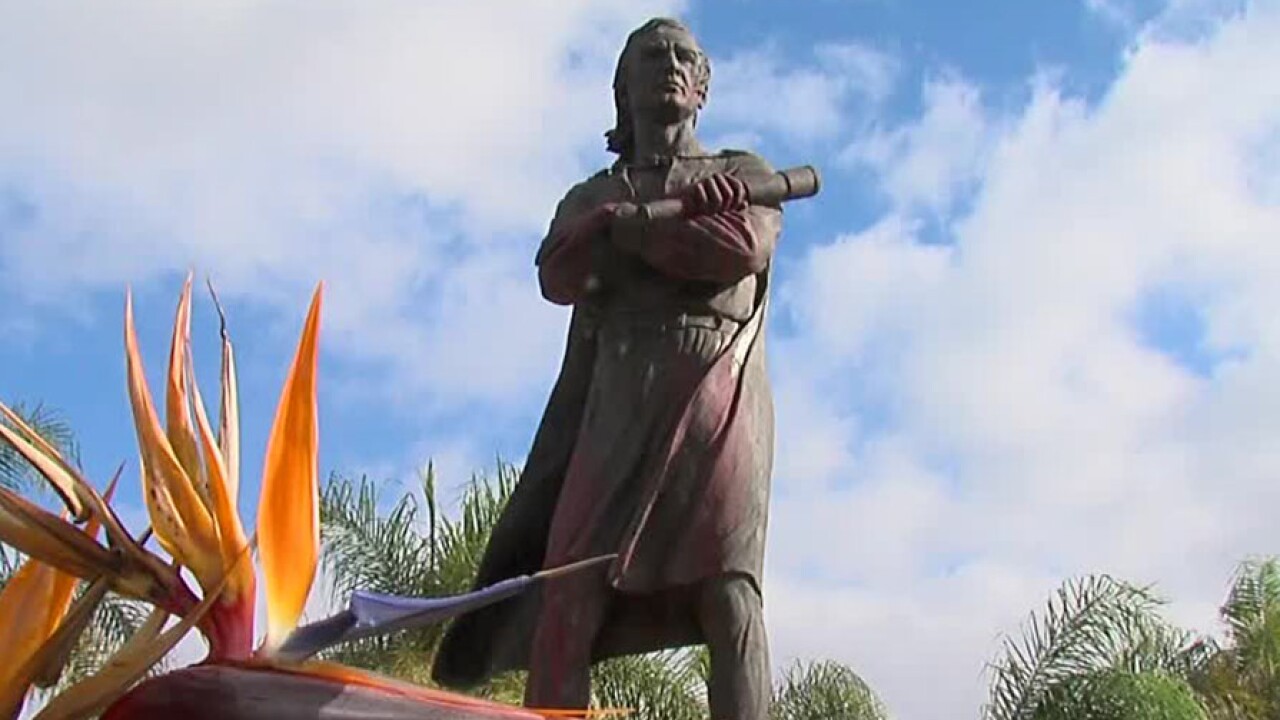 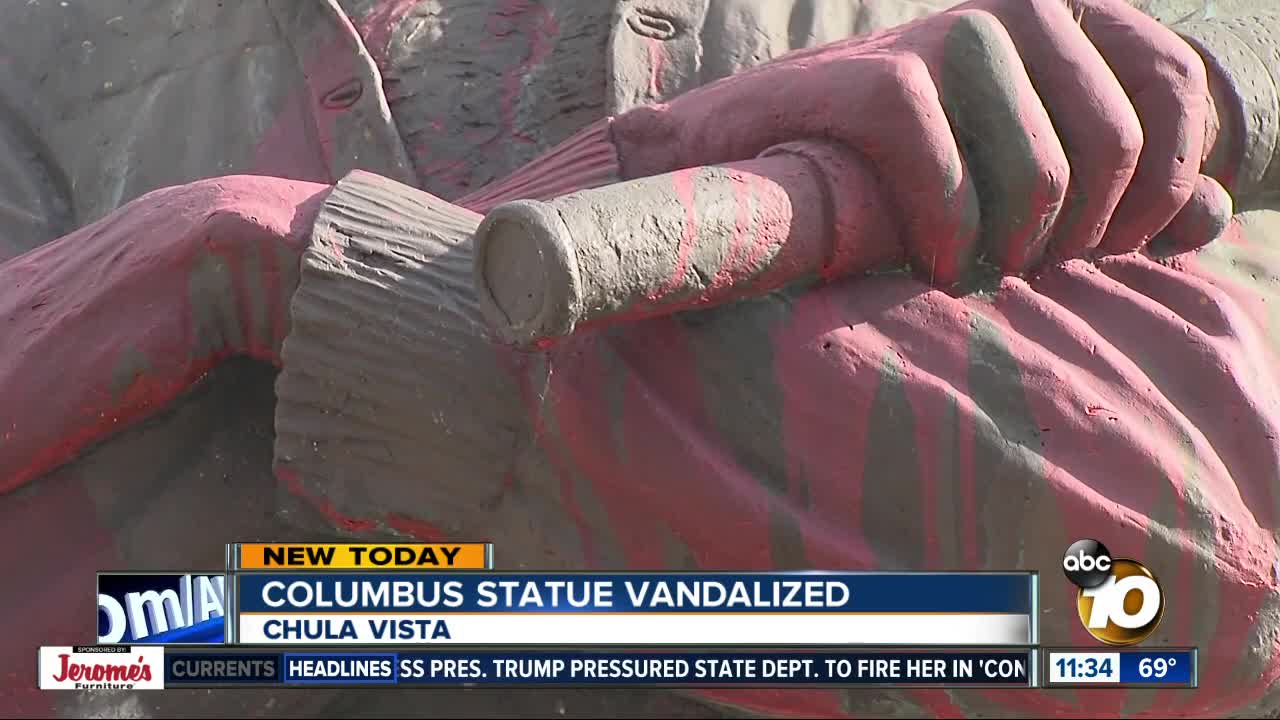 According to Chula Vista police, at around 7:50 a.m. Monday, an officer was at Discovery Park on 700 Buena Vista Way and saw that the statue of the explorer was vandalized with red paint.

City crews spent the morning cleaning the paint off the statue.

Police do not have any information on possible leads or who could be responsible for the vandalism.

The vandalism comes days after members of the Kumeyaay Nation, Union del Barrio, and the American Indian Movement rallied at the park and in front of the statue.

The groups called on the city to take the statue down, calling it a symbol of hate, theft of land, and genocide.

Union del Barrio sent 10News this statement on the vandalism: "Unión del Barrio is not responsible for the painting of Christopher Columbus at 'Discovery Park' in Chula Vista; it should come to no surprise that in the context of the historical genocide of native nations as well as the legacy of war by a settler US government, that a monument to a genocidal murderer would be acceptable in this day and age. This is why we have sent a letter to the City of Chula Vista to begin the process for the removal of the statue of Christopher Columbus and the renaming of the park. Long Live Indigenous People’s Day!"

The two other groups who rallied at the park did not immediately respond to 10News' requests for comment.

A city spokesman issued the following statement: "City of Chula Vista crews are cleaning a statue of Christopher Columbus that was vandalized in Discovery Park over the weekend. Chula Vista Police Department officers are conducting an investigation into the crime. Additionally, the City has received a request to consider removing the statue and renaming Discovery Park. The Human Relations Commission and the Parks and Recreation Commission will consider the item at a future meeting and potentially make a recommendation to the City Council."

On this Columbus Day, statues of the explorer were found vandalized in the same manner in San Francisco and Providence, Rhode Island.

The statue at Discovery Park was also vandalized with red paint in February . Police did not find the party responsible for the vandalism.