CHP may shut down Grapevine ahead of Thanksgiving storm

(KGTV) — California Highway Patrol is advising motorists to be prepared for a possible shut down of the Grapevine stretch of Interstate 5 this week.

With a major winter storm expected to sweep through Southern California over the Thanksgiving holiday, CHP sent out a warning Tuesday for motorists to stay alert if using I-5 between Santa Clarita and Mettler, Calif.

"We are expecting snow on the Grapevine starting this Wednesday," CHP wrote. "We always hope to keep it open, however safety is our top priority. If the conditions become unsafe, we will hold traffic until Caltrans HQ makes the roadway safe. Expect a high volume of traffic this holiday week. Expect some delay and give yourself plenty of time to arrive at your destination safely."

As an backup, CHP provided a map of alternate routes around the Grapevine through Highway 14 or Highway 101: 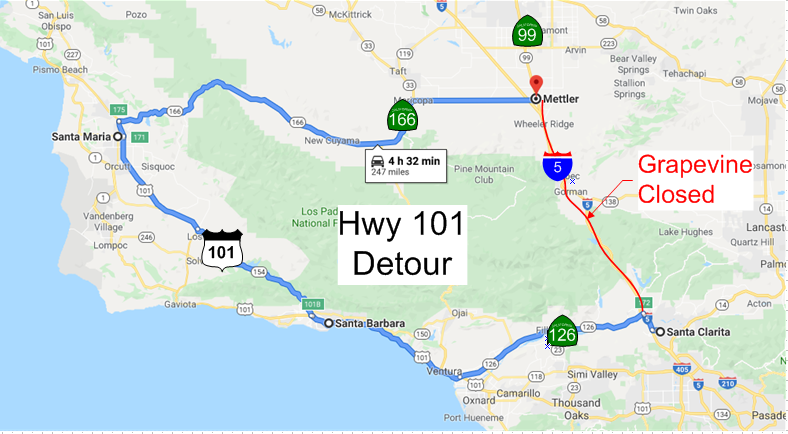 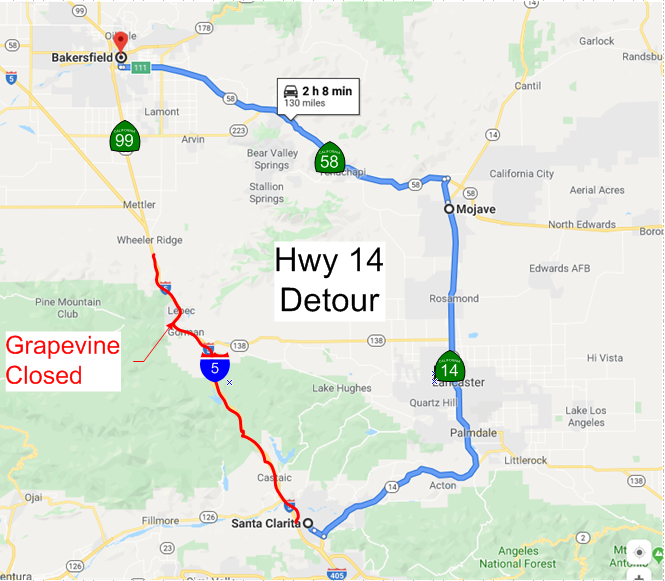 Holiday travel this week is expected to reach the second-highest volume nationally since 2002, and the highest volume on record for California. AAA says more than 7 million Americans plan to travel 50 miles or more this Thanksgiving, with about 4.3 million of those travelers in Southern California alone.

Of those Southern Californians, about 3.7 million will be hitting the roads.