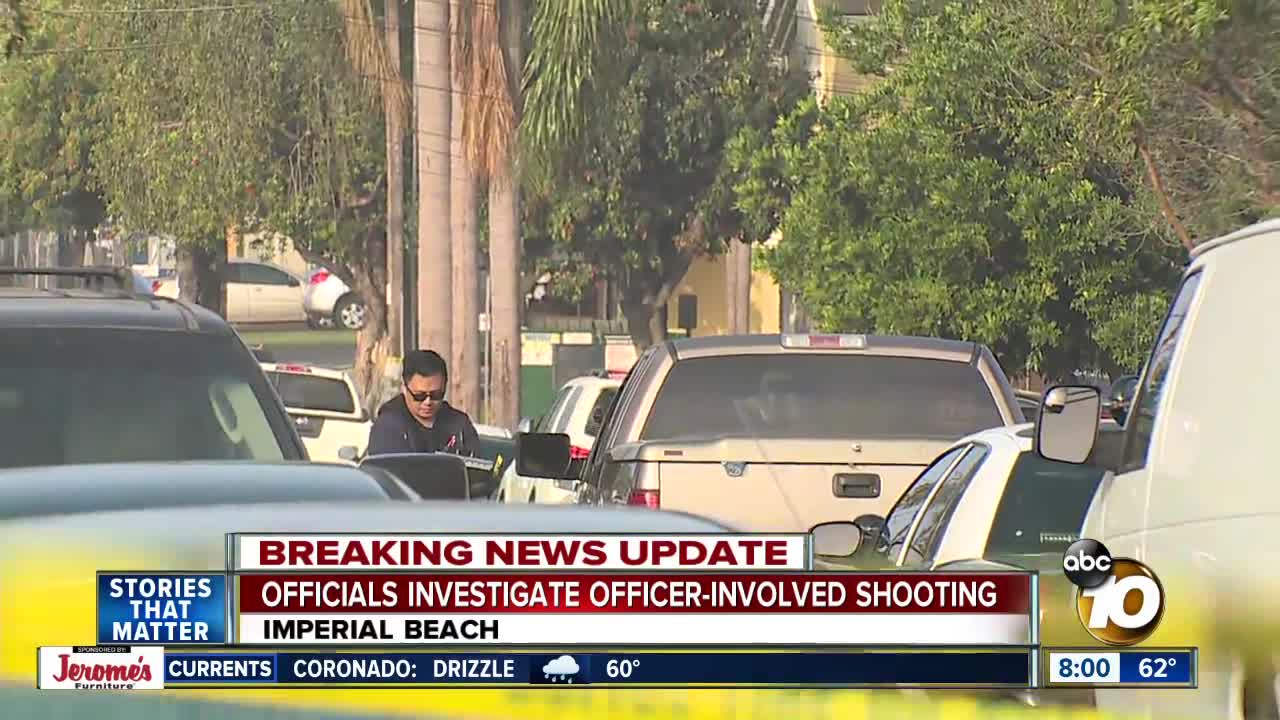 Police are investigating after an officer-involved shooting in Nestor late Saturday night. 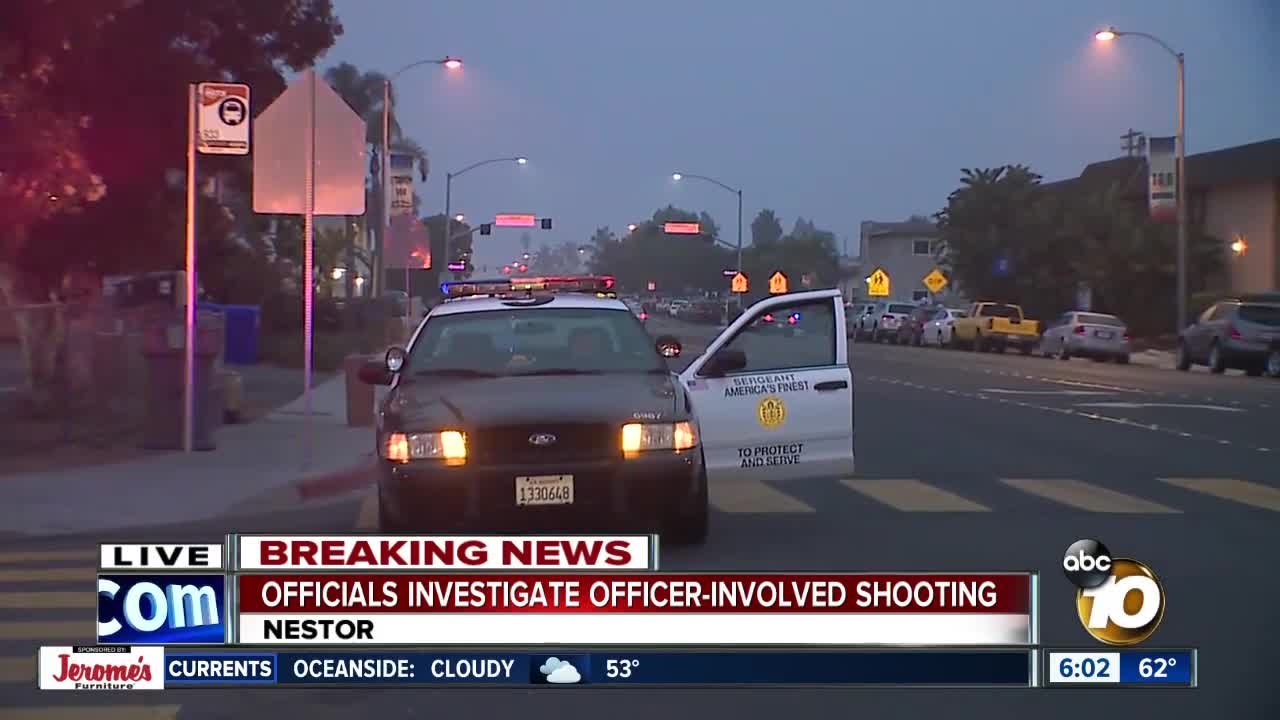 According to police, officers tried to pull over a Ford F-150 that was reported stolen around 10:30 p.m. Saturday on the 1900 block of Dairy Mart Road.

Police say the driver didn’t stop, instead driving into a cul-de-sac, making a u-turn and driving toward officers.

“Believing his partner was going to be run over, one officer fired his service weapon to defend the other officer,” police said in a news release.

At some point during the pursuit, the suspect threw a handgun out of the truck.

The suspect eventually stopped on the 1200 block of Holly Avenue in Imperial Beach and ran away from the scene with a female passenger.

The woman has since been located while police continue to search for the suspect.

Homicide detectives have been called to investigate due to an officer firing his weapon, police say. It’s unclear whether or not the suspect was hit.

Police say the officer who fired at the suspect is a three-year veteran of the department. No officers were injured.