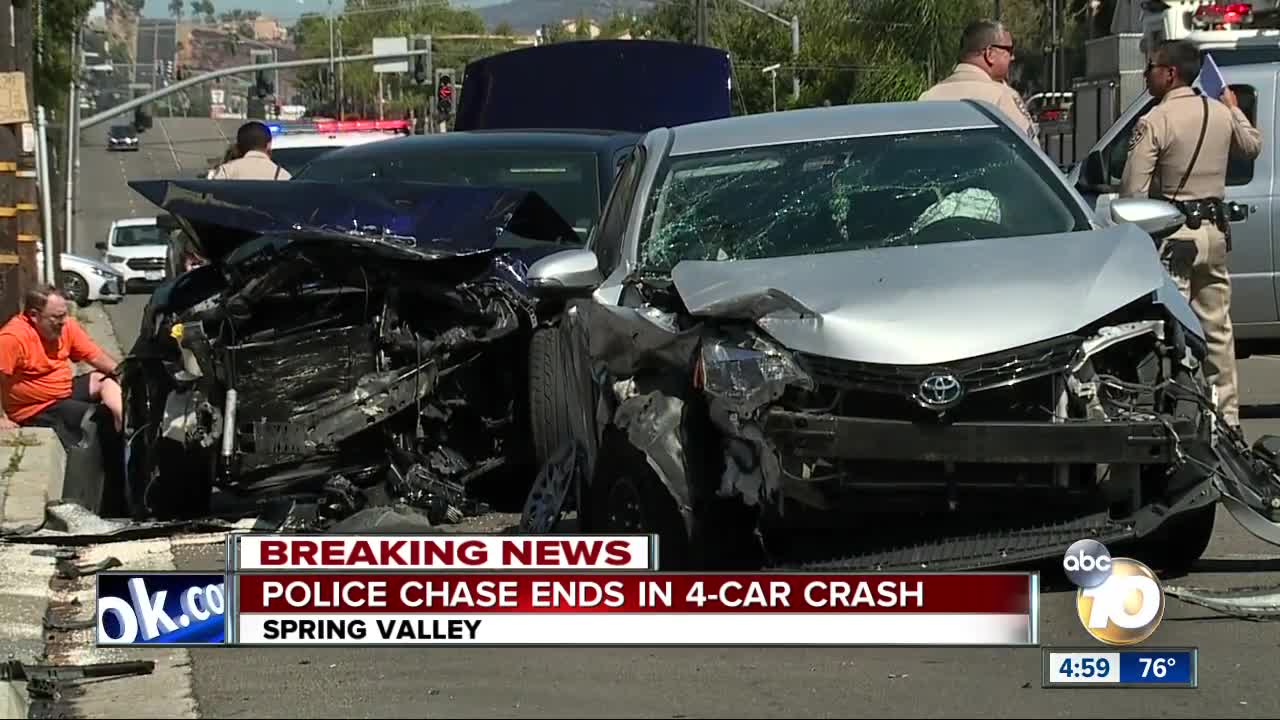 SPRING VALLEY, Calif. (KGTV) -- One man was arrested in Spring Valley Tuesday afternoon following a chase that led to a four-car crash.

According to the San Diego County Sheriff’s Department, the fugitive task force was following a parolee at large Tuesday afternoon.

When they tried to pull the parolee over, he took off, leading a deputies on a chase.

At some point during the chase, the man caused a four-vehicle crash near Gillespie Drive and Jamacha Road.

The department says two people were injured in the crash and taken to the hospital.

A deputy and K-9 were also involved in the crash, but managed to escape without injury.

The parolee was arrested.