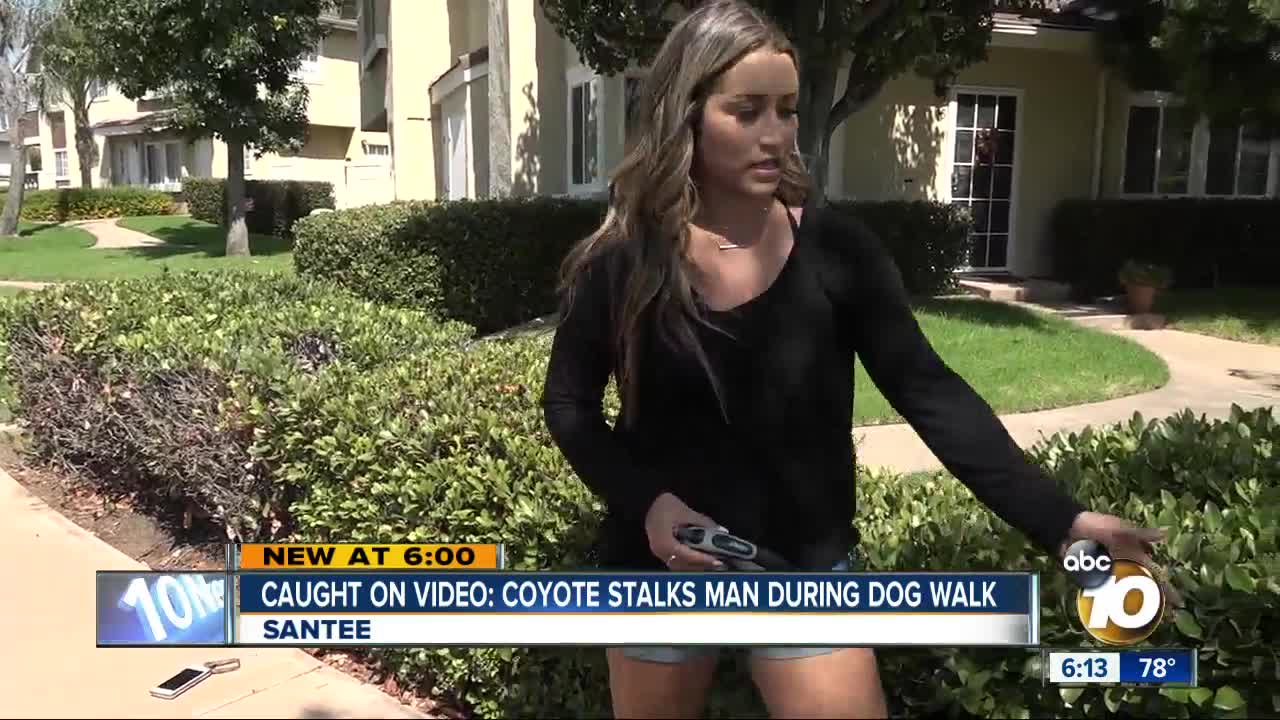 Doorbell camera video of a coyote following a man on a dog walk in Santee may be another example of coyotes becoming more aggressive in the area. 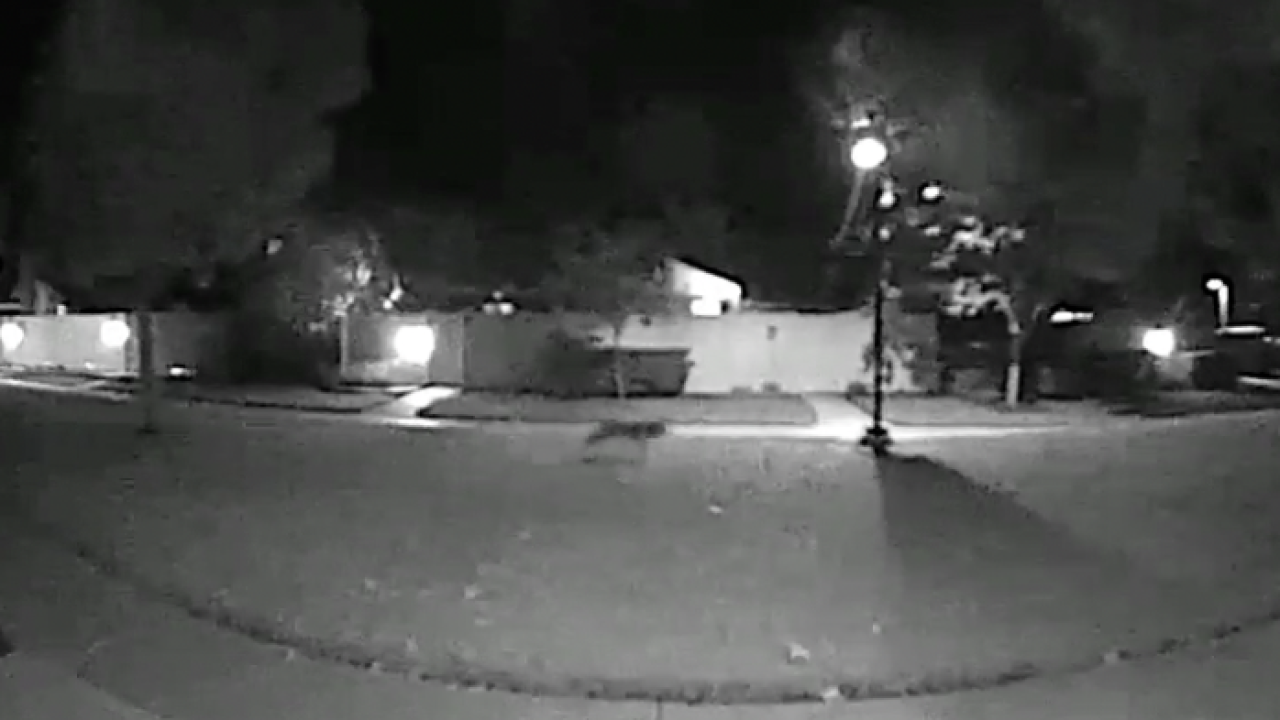 SANTEE, Calif. (KGTV) - Doorbell camera video of a coyote following a man on a dog walk in Santee may be another example of coyotes becoming more aggressive in the area.

On Monday after 9 p.m. on a quiet residential street, Ring doorbell camera video captures a man walking his dog. Moments later, something emerges from the shadows. It a coyote, and it's in an hurry. The video posted on the Ring app is titled "Beware coyote chasing a man with dog."

That's exactly what appears to be happening.

In the video, the coyote runs down the street before cutting in the man's direction. It's not clear if the coyote did catch up to the man or dog.

Last week, 10News reported on Michelle Cimmarrusti's morning walk with Presley, an 8-year-old Silky Terrier. It unfolded on Palm Glen Drive, about a half mile from the site of the newest video.

Two coyotes emerged from a bush and attacking Presley, while he was on his leash. Presley lunged, snapping his collar. He and the coyotes would end in a condo complex, where Presley was killed.

Presley was the second dog killed by a coyote in the neighborhood in the last few weeks.

Experts say coyotes attacking a leashed dog is a sign they're getting more aggressive in an area, and less afraid of humans, whether is food scarcity or the unintentional feeding of coyotes.