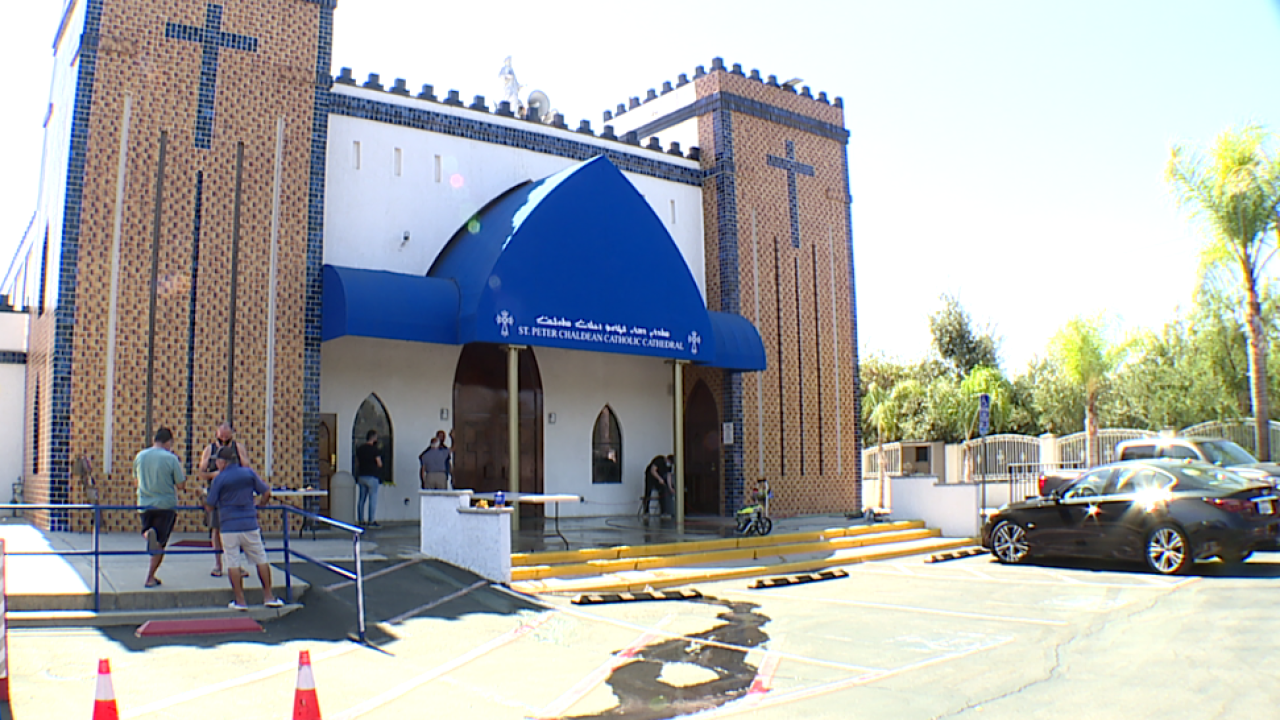 "It's very devastating," says Father Daniel Shaba of the St. Peter's Chaldean Catholic Cathedral. "We fled persecution in Iraq, and here we are facing it again, in a place where we thought we wouldn't."

"It was very confusing," says Father Shaba. "It had things that didn't have to do much with each other."

Father Shaba found the graffiti early Saturday morning when he arrived at St. Peter's. He posted a video of it on twitter.

Word of the vandalism spread fast, but help from the community came more quickly.

By mid-morning, community members with power washers and paintbrushes helped Father Shaba clean up at St. Peter's. He told 10News everything had either been covered up or washed away by the afternoon and called the help a blessing.

"I'm very proud of them," Father Shaba says of his community. "We had an enormous amount of people come and see how they could help us in any way, shape, or form. But to also hold tight to Jesus."

The Sheriff's Department confirmed they are investigating both instances. In a statement, they say no suspects have been identified, but there is "no tolerance for these crimes occurring in our communities."

Father Shaba says surveillance cameras at his church caught high-quality footage of the vandals. He says they'll seek justice. He also has a message for the vandals.