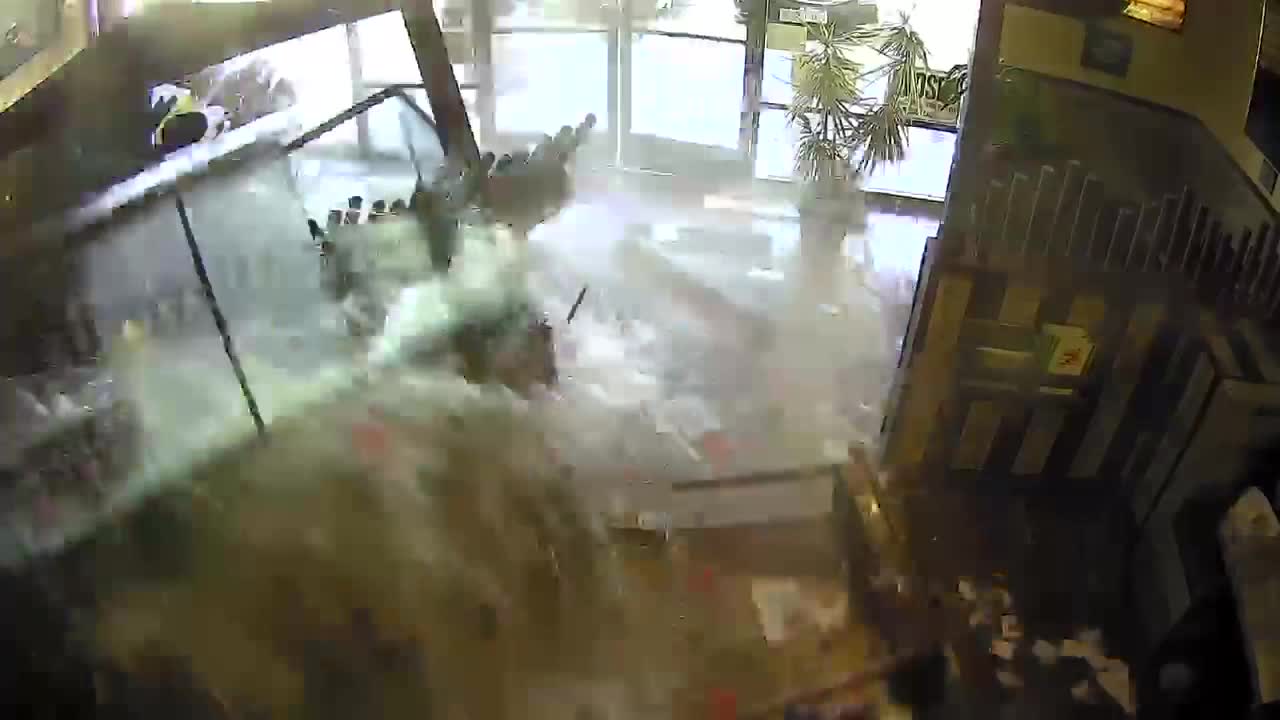 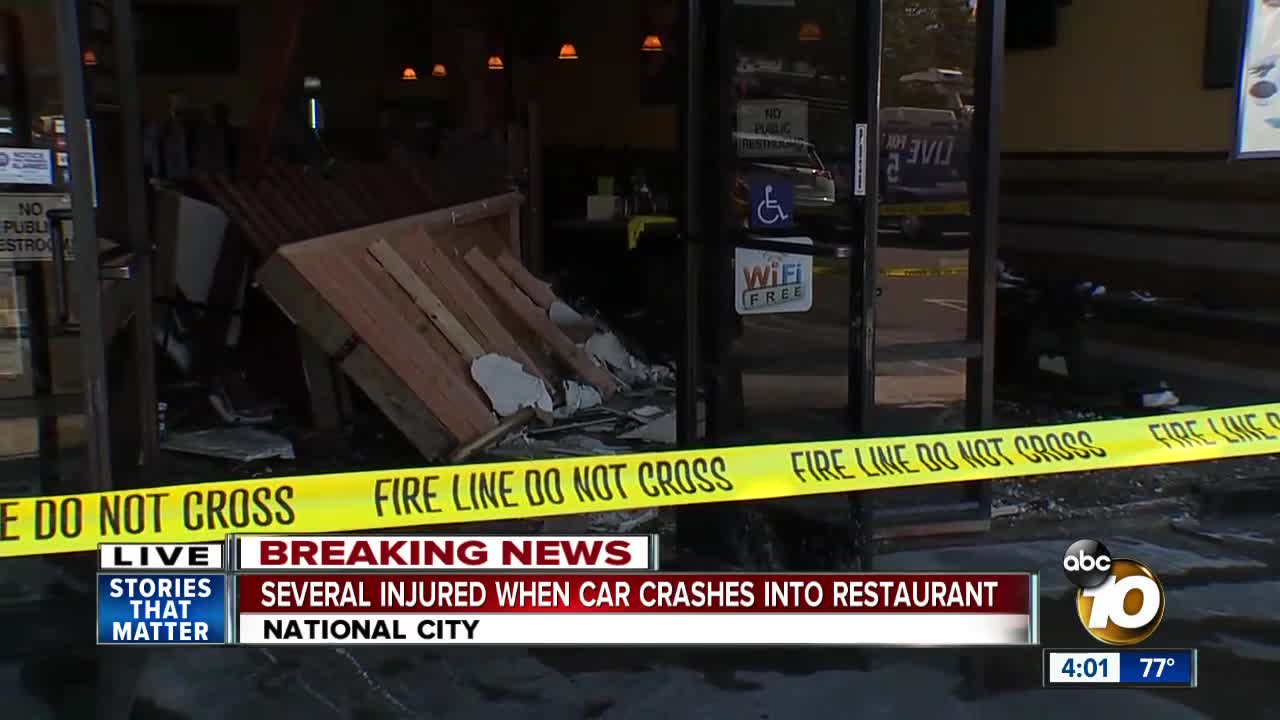 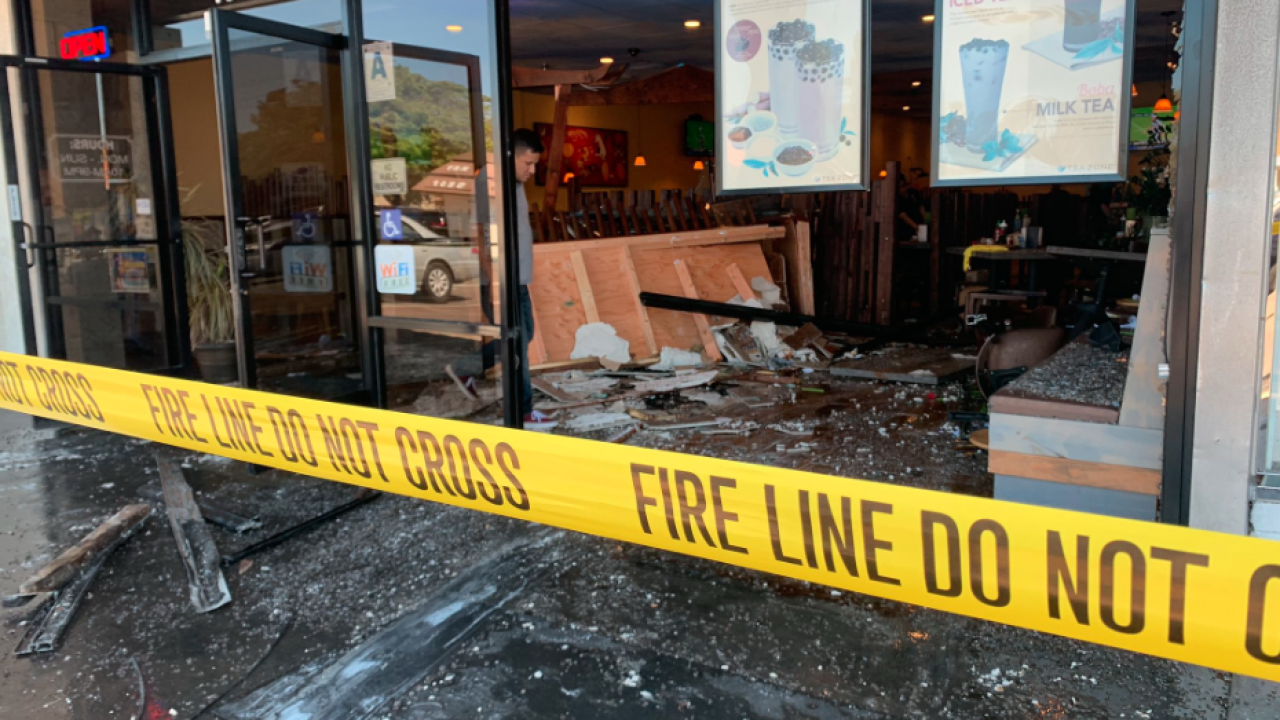 The crash happened on the 1000 block of Highland Avenue in National City at the Pho 7 Cow restaurant around 2 p.m.

An employee of a nearby jewelry store said scene was chaotic, describing the vehicle as going all the way into the building.

The owner of the restaurant says two customers and an employee were injured in the crash.

Their condition is unknown at this time, but a witness said they didn’t appear serious.

Roughly 20 people were eating lunch when the car crashed into the front of the restaurant, according to the owner.

Surveillance video from inside the restaurant shows the car plow through the front and into a large aquarium near the door. 10News learned all of the fish inside the aquarium died.

The owner said the woman driving the car may have accidentally pushed the gas instead of the brake.

Inspectors from the city and fire department arrived shortly after the crash to check out the building. The owner was told the structure is sound.

Just arrived on scene of a car crashing into a National City restaurant. A witness eating nearby tells me it sounded like an explosion. Working to gather more details now on injuries @10News pic.twitter.com/0H00egcnIL

Three people injured in the crash, but from what we know the injuries are not severe. The owner says there were about 20 people inside and he’s grateful more were not hurt @10News pic.twitter.com/Fk07dT4mgh