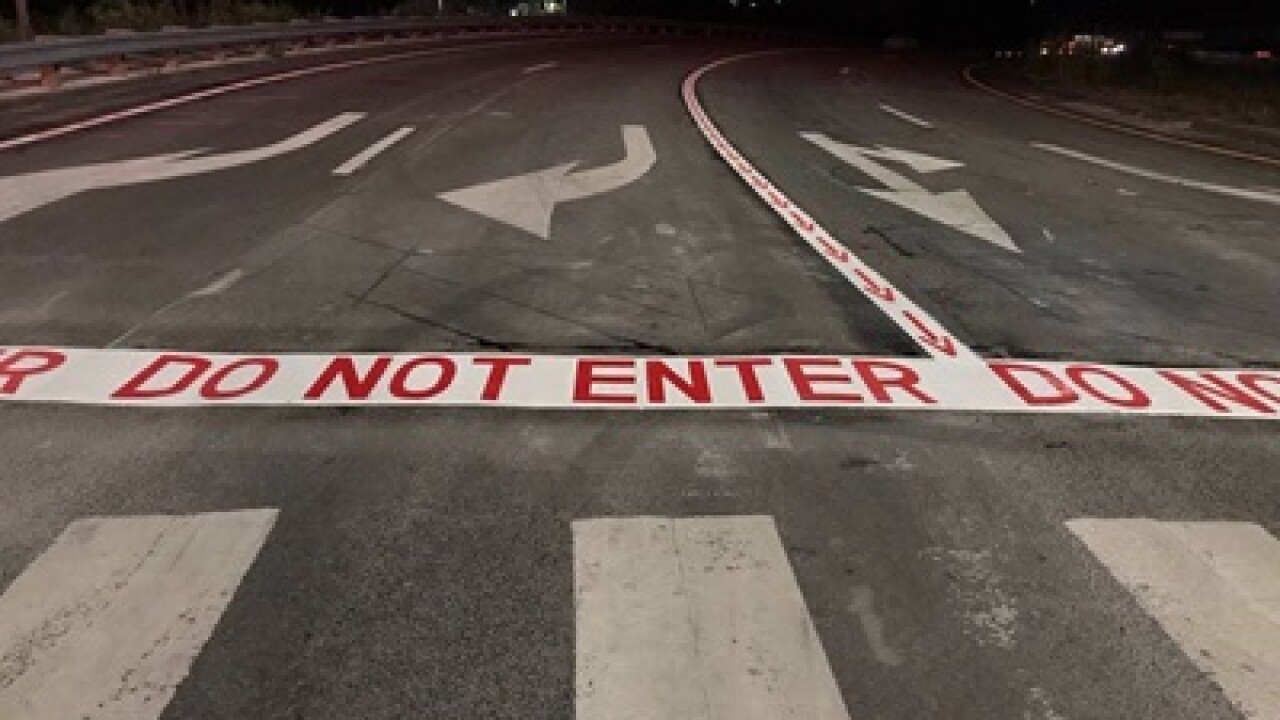 The agency has installed markings at 30 locations that include red arrows and "DO NOT ENTER" written across the pavement that are only legible when driving in the wrong direction onto freeway ramps.

The markings will stay up until the end of the year, according to Caltrans.

Now, those specialized reflectors have been installed on hundreds of miles of highways, according to Caltrans.

"The number of wrong-way drivers decreased significantly during the initial pilot program," said Caltrans Director Toks Omishakin. "The addition of these markings, along with what we have learned thus far, will go a long way as we continue to study ways to deter wrong-way drivers."

While wrong-way crashes only account for less than 1% of all crashes on California's highways, they are often among the deadliest, Caltrans said.

"We are constantly looking for ways to improve safety on the transportation system," said Caltrans (San Diego area) District 11 Director Gustavo Dallarda. "If the testing of this new product is successful, it could provide a new tool to reduce wrong-way driving."