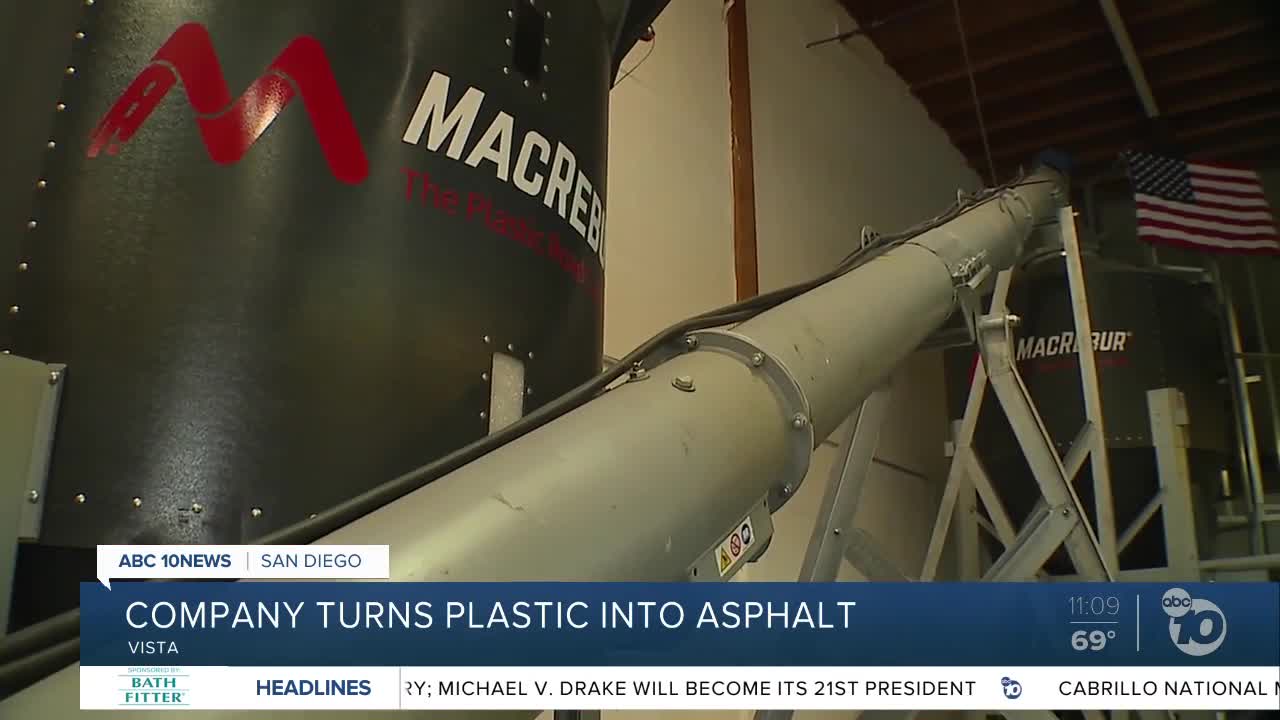 VISTA, Calif. (KGTV) -- California could become the first state in the nation to use recycled plastic as part of its roads and freeways.

The state Senate unanimously passed SB 1238, which directs Caltrans to study the use of plastics in asphalt for construction, or repair of a state highway or road.

"There's no other state in the nation that has more paved roads in California," said Sen. Ben Hueso, who wrote the bill. "So, imagine if California developed the use for a product that it's abundant in … This would be a game changer. This would be a great way to reuse plastic.”

That's especially important now, as China has stopped buying recycled materials from the U.S. Prior to 2018, California sent 2/3 of its recyclable materials to China, which has since banned all plastic trash imports.

Now, instead of going into the landfill, it could go into California’s roads.

Hueso said he got the idea from a group of students at Bonita Vista High School in Chula Vista. He met with their Progressive Club and Green Club, challenging them to find solutions.

The students introduced Hueso to MacReber Southern California, a Vista company that takes plastic and prepares it to be used in asphalt.

"It makes too much sense not to do," said MacReber CEO Rebeca Sparks. "With this technology, we can truly offset our footprint, and not only offset it but be do more than that to be plastic positive."

MacReber takes plastic out of the recycling and landfill chain, and then processes it. The company then sells the plastic to asphalt companies. They use the plastic mix instead of oil when making asphalt.

MacReber said in addition to being more environmentally friendly, it also creates a stronger, sturdier road.

"It's going to look feel and move the same as a traditional asphalt," said MacReber President Chris Sparks. "But our product lends to a stronger, longer lasting asphalt road."

Hueso said finding a use like this for all of the plastic waste produced in California is vital to the environment, especially now that China has stopped buying the state's plastic waste.

The bill still has to get approval from the state Assembly, and then it would need the governor’s signature to become law.

After that, Caltrans would be responsible for studying and implementing the idea.