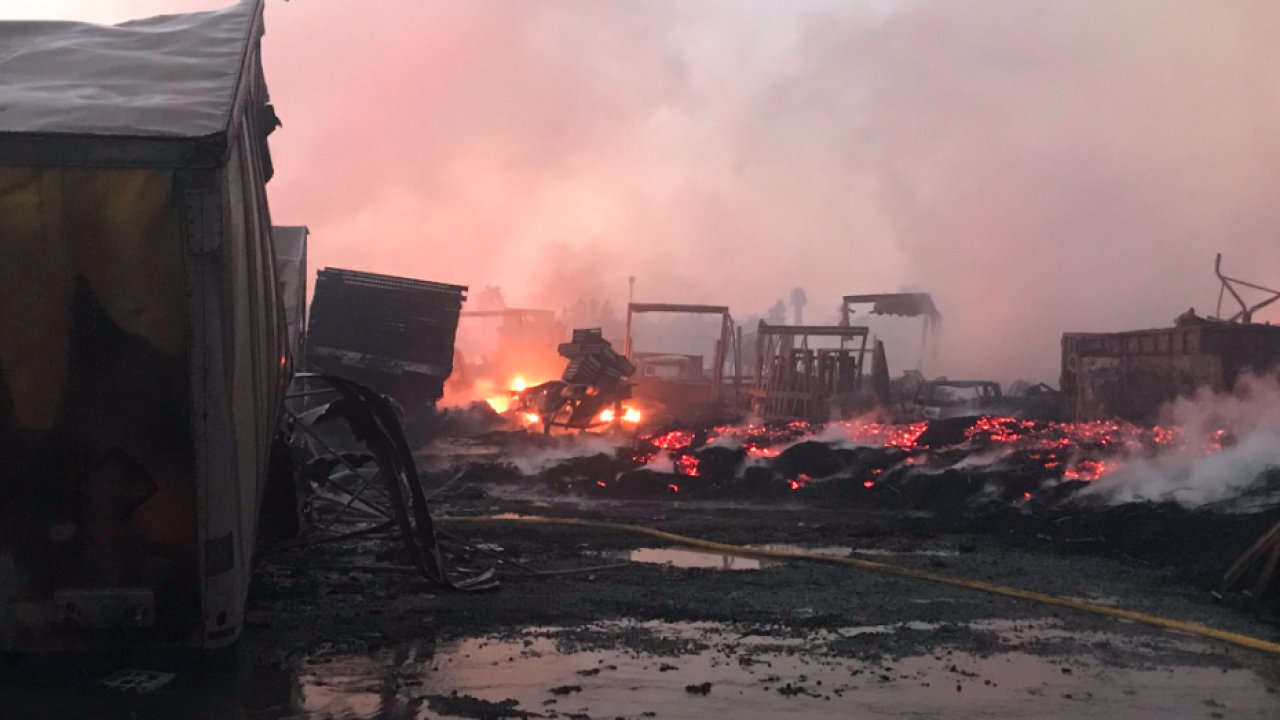 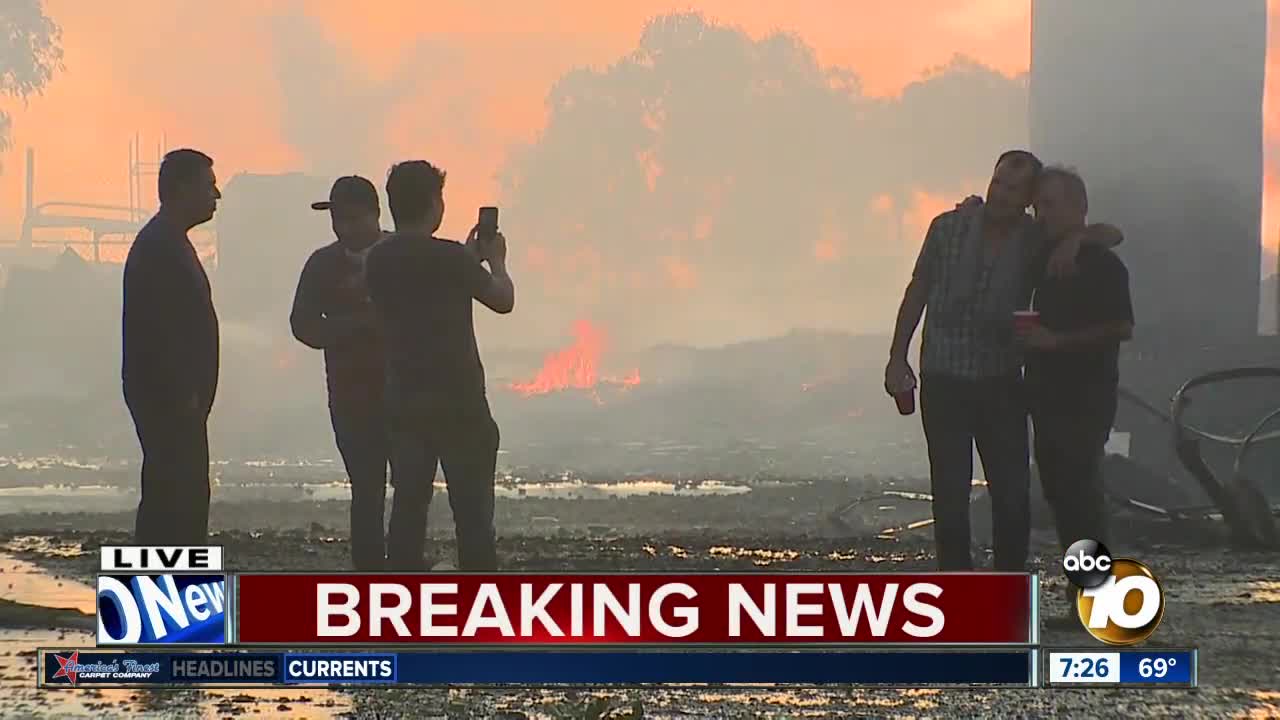 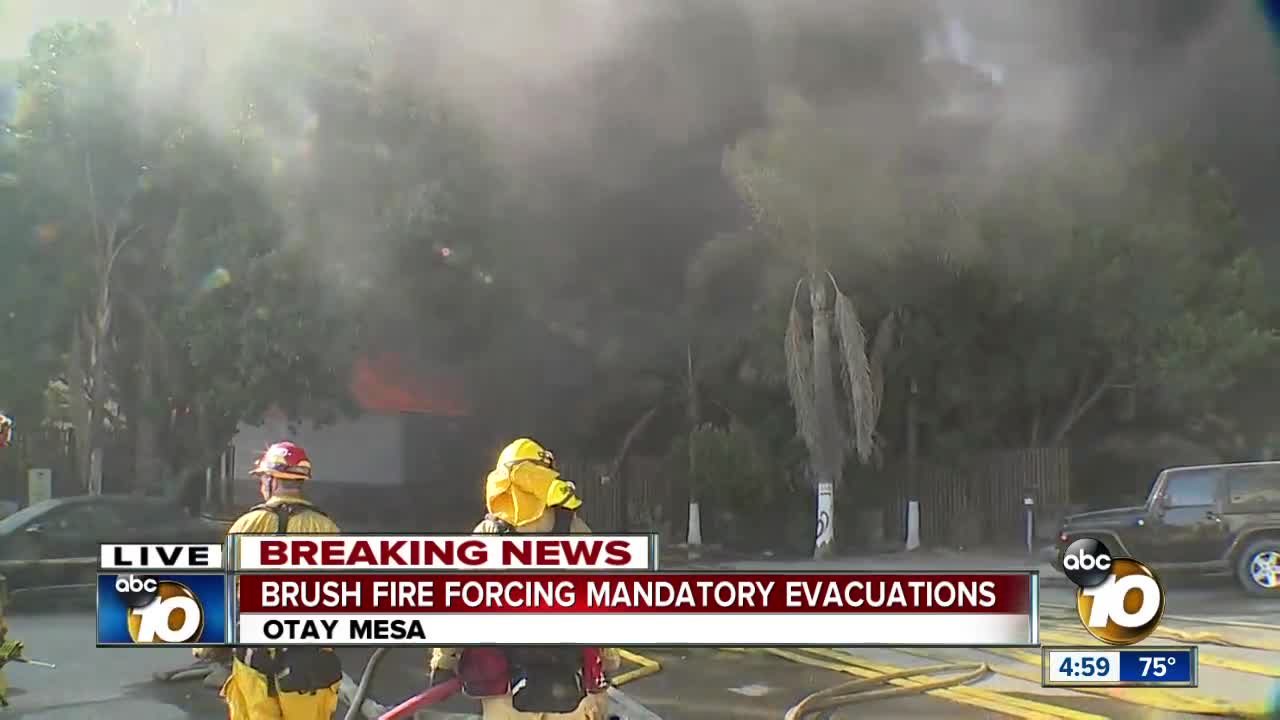 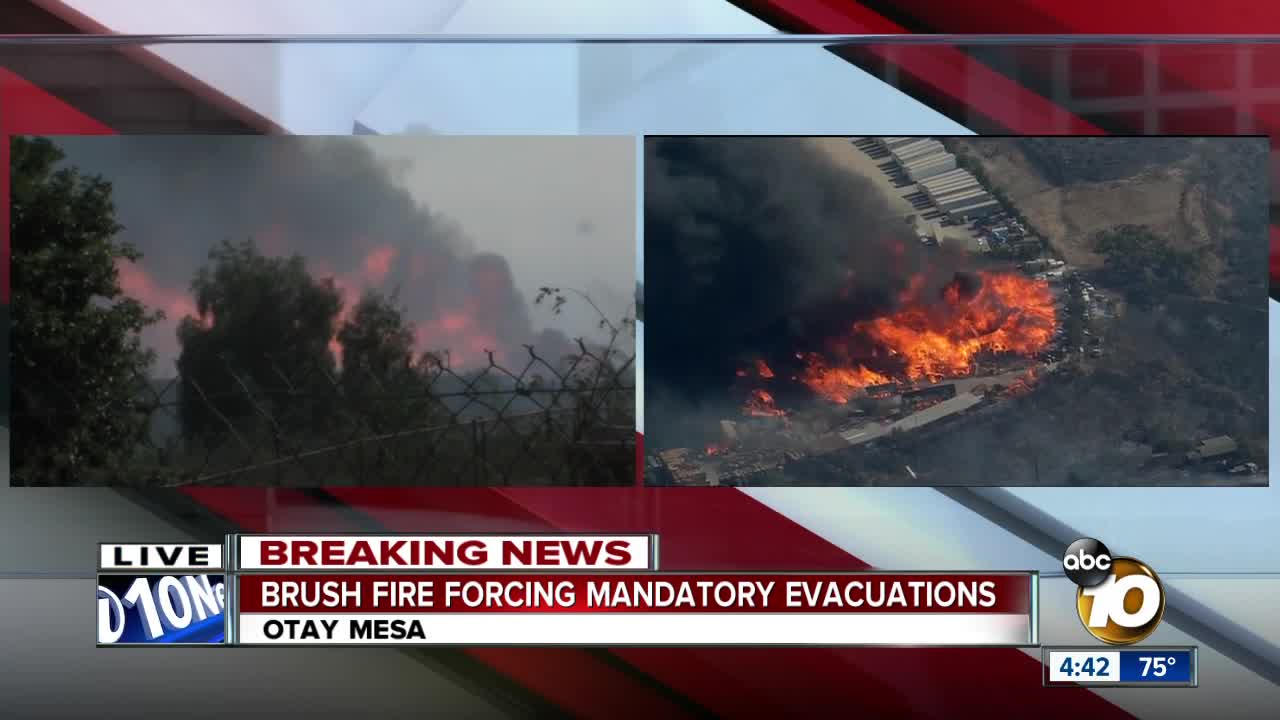 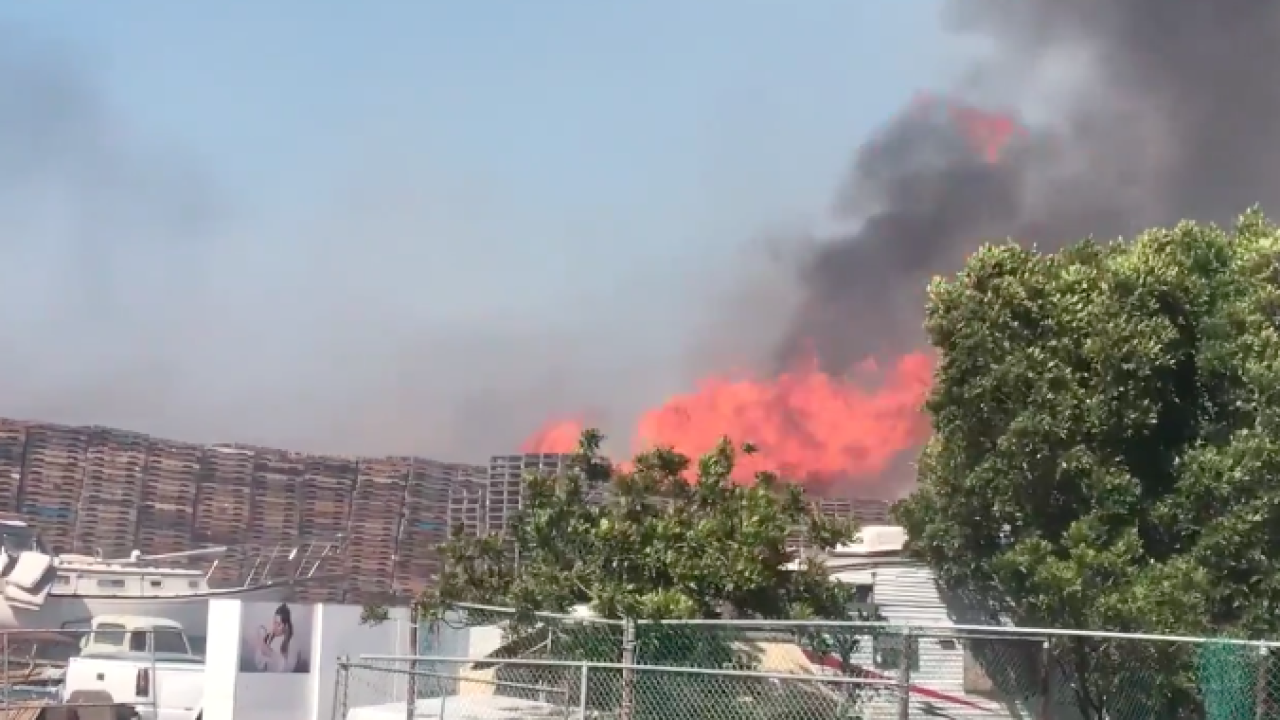 (KGTV) - All evacuations and road closures have been lifted after a fire in Otay Mesa scorched hundreds of acres and tore through a pallet yard Thursday.

The San Diego Fire-Rescue Department said in a tweet Thursday evening that crews would mop up the burn area overnight while checking for hot spots. No structures were lost in the blaze and no one injured.

The fire, named the Caliente Fire, broke out about noon at Otay Mesa Road and Caliente Avenue. The San Diego Fire Department initially reported that crews stopped forward progress of the fire at around 3 p.m., but the blaze reignited moments later, eventually spreading to a pallet yard. According to fire crews, the pallet yard housed 80,000 pallets.

Thick, black smoke could be seen flooding into the air from Moreno Pallets in Otay Mesa.

The Southwestern College Higher Education Center in Otay Mesa was also evacuated due to the blaze. According to a spokesperson with the college, San Diego Police entered the college and told everyone to evacuate immediately.

All night classes at Southwestern were canceled. San Ysidro High School was designated as the evacuation center while the American Red Cross provided supplies.

“Surreal just because it actually happened, because we hear about the fires, we see fires on the news all the time here in San Diego, but you never expect it to be so close. So to be able to look out of the window and see this, it's just an everyday reminder that we're not untouchable," said Marnicca Gomez, who lives at a nearby complex.

The San Diego County Air Pollution Control District said Thursday that smoke from the fire will have local impact through Friday. Read the full forecast below:

A GoFundMe was started Thursday to help the owner of Moreno Pallets, the pallet yard destroyed in the blaze.

#CalienteFire update: All evacuations have been lifted. All road closures have also been lifted. Southbound CBX is also now open. Thank you all for your patience and cooperation. pic.twitter.com/PY9ijqv1Qg