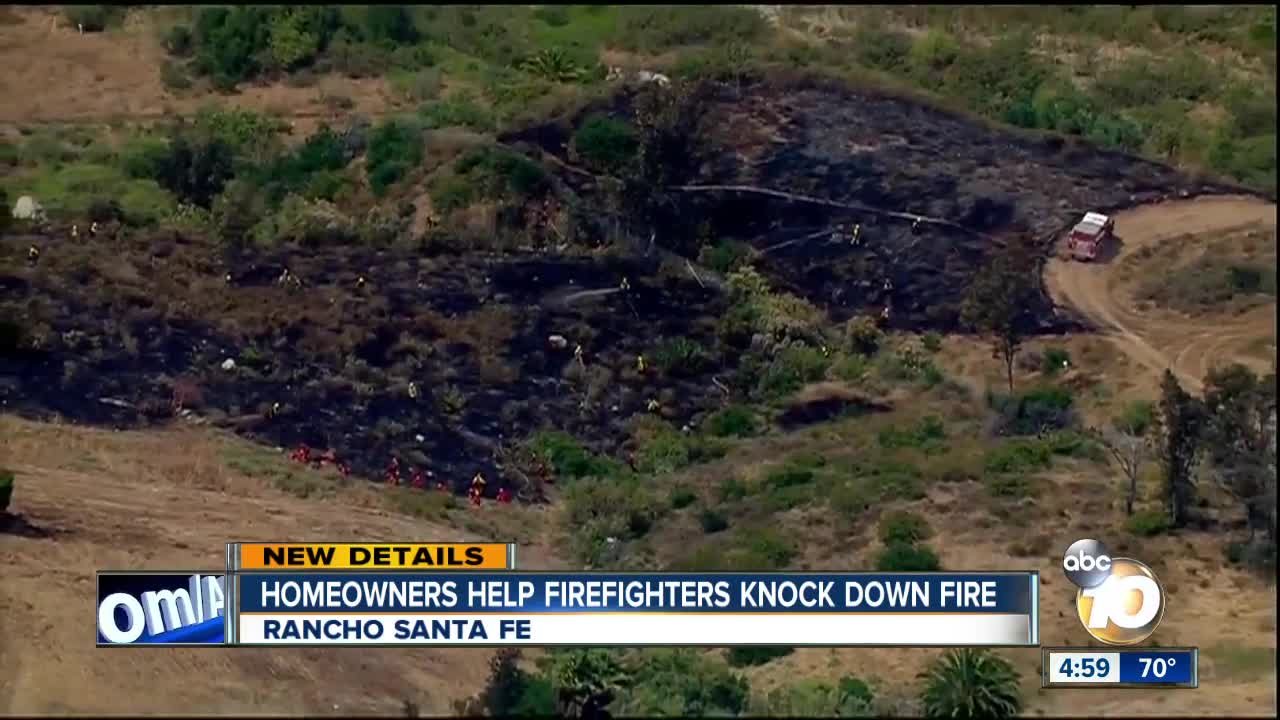 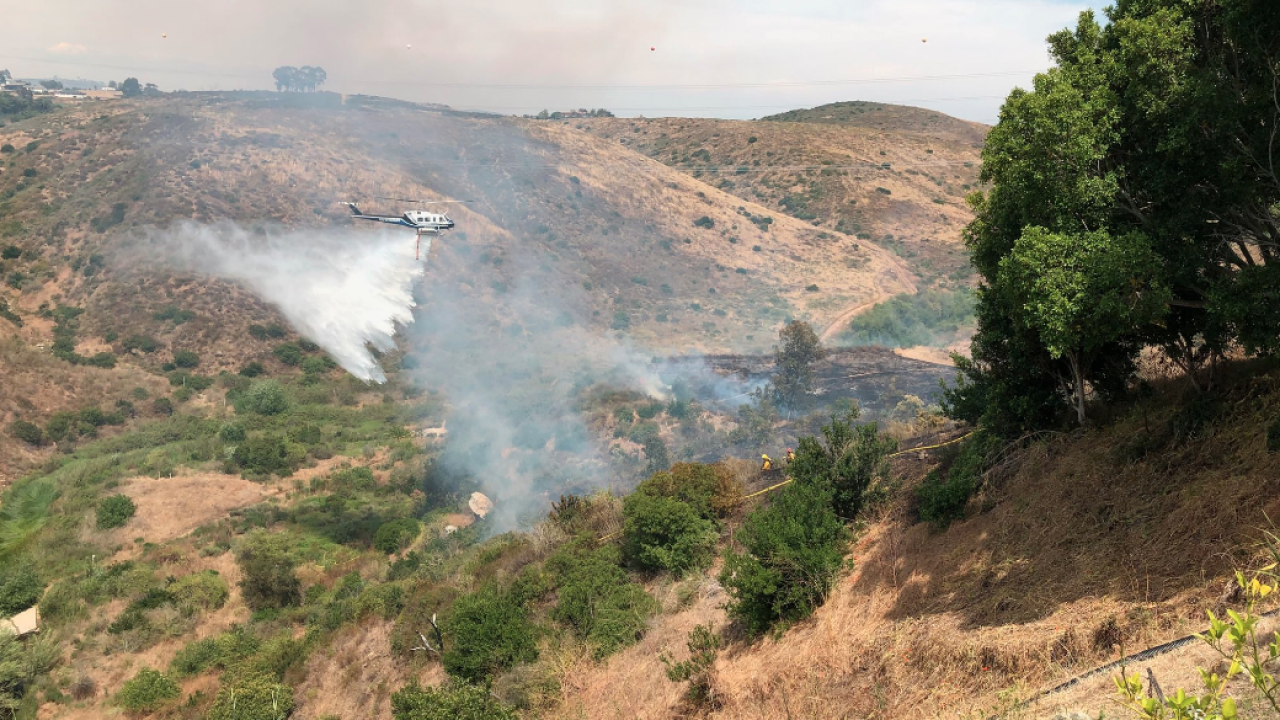 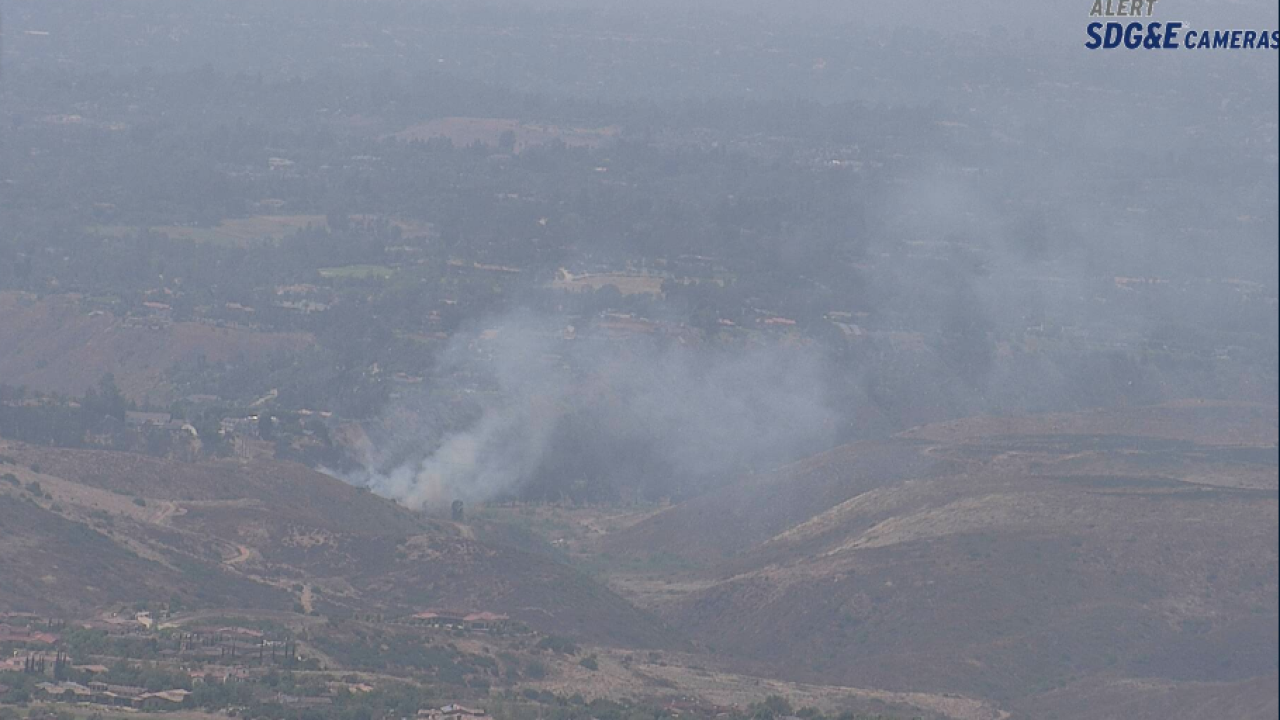 According to Cal Fire, the blaze started on the 6000 block of Avenida Cuatro Vientos around 2 p.m.

The agency said the fire burned through two to three acres.

A resident of the neighborhood was at work and said his wife called him, crying and concerned about the flames moving up the hill.

"Fortunately, my next-door neighbor, who's been here for over 30 years, had a portable pool pump," said Dr. Afshar. "And he was the first to arrive on action to put out the flames that were in our backyard. By the time he had it controlled, the fire department was here."

The homeowner believes the fire may have been started by crews hired to clear brush.

Witnesses report seeing smoke as far away as Interstate 15.

Video taken from the fire shows blackened hillside working its way up near a home perched atop the hill.