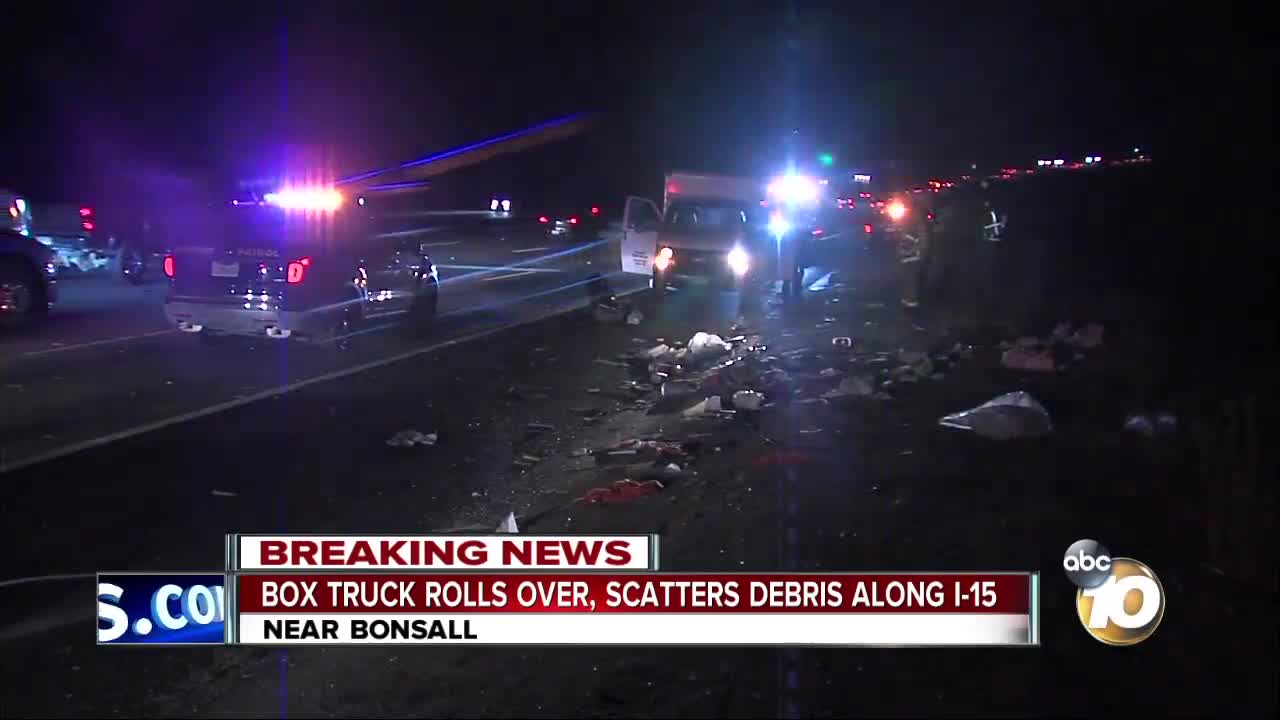 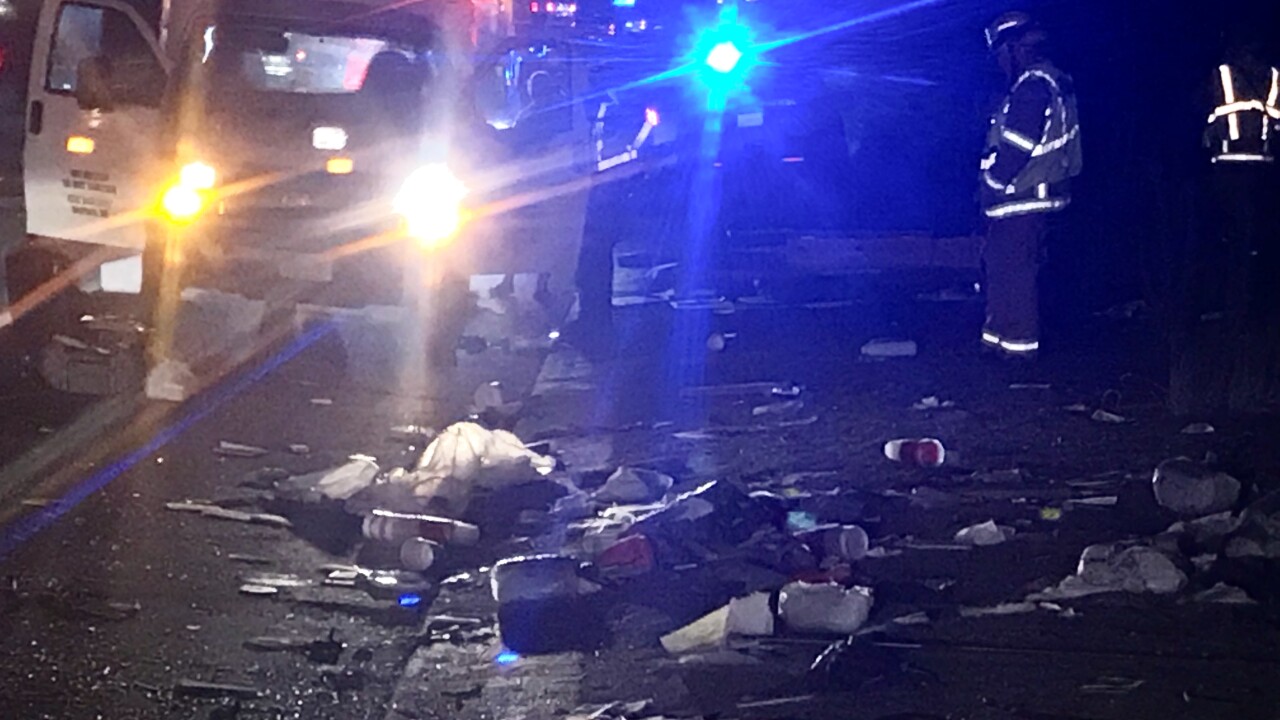 BONSALL, Calif. (KGTV) - A rolled over box truck impacted traffic on the northbound lanes of I-15 near Camino del Rey Monday evening.

CHP says a box truck rear-ended another box truck. The truck that was hit rolled over, but ended up on its wheels, and drifted back into traffic.

Emergency crews were able to get off the road quickly.

The rollover left tons of the debris, and the items in box truck’s cargo area scattered all over the side of the freeway. Most of it was bagged up by CHP.