People in area worry about safety of intersection 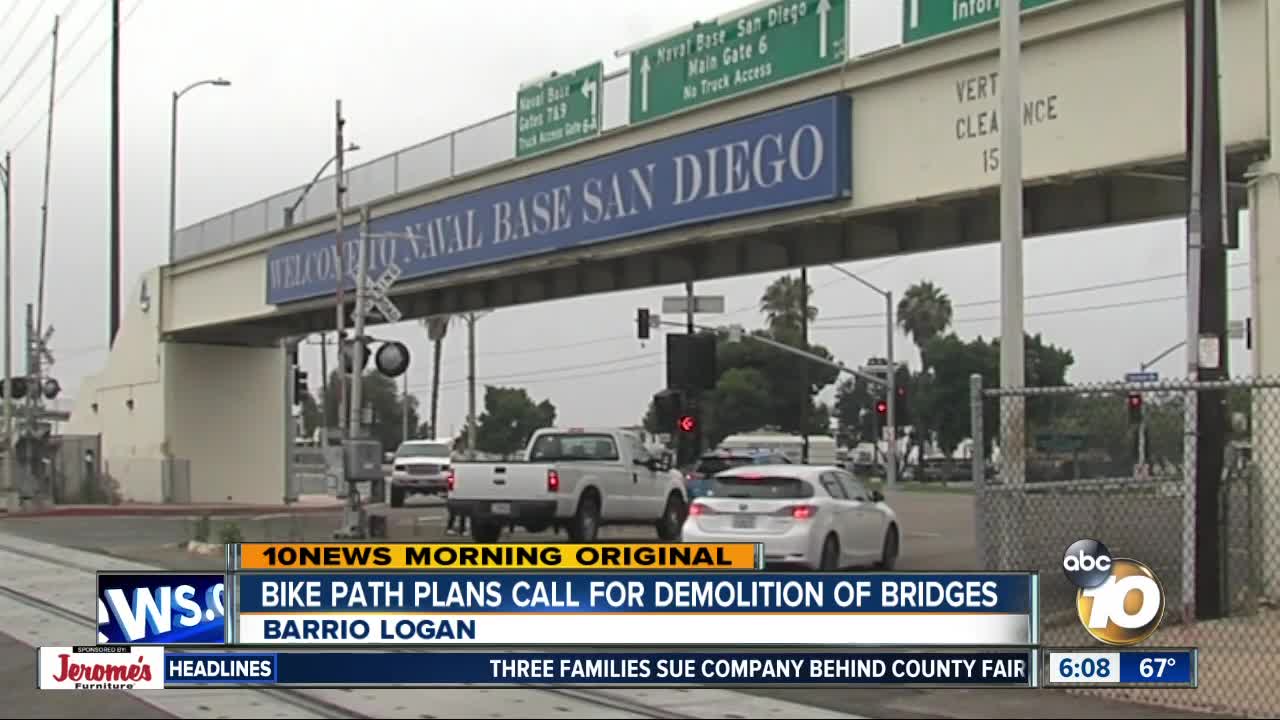 A plan to add protected bike lanes along Harbor Drive through Barrio Logan would also remove popular walking bridges that lead to Naval Base San Diego. Some people say they worry this could make the intersection more dangerous. 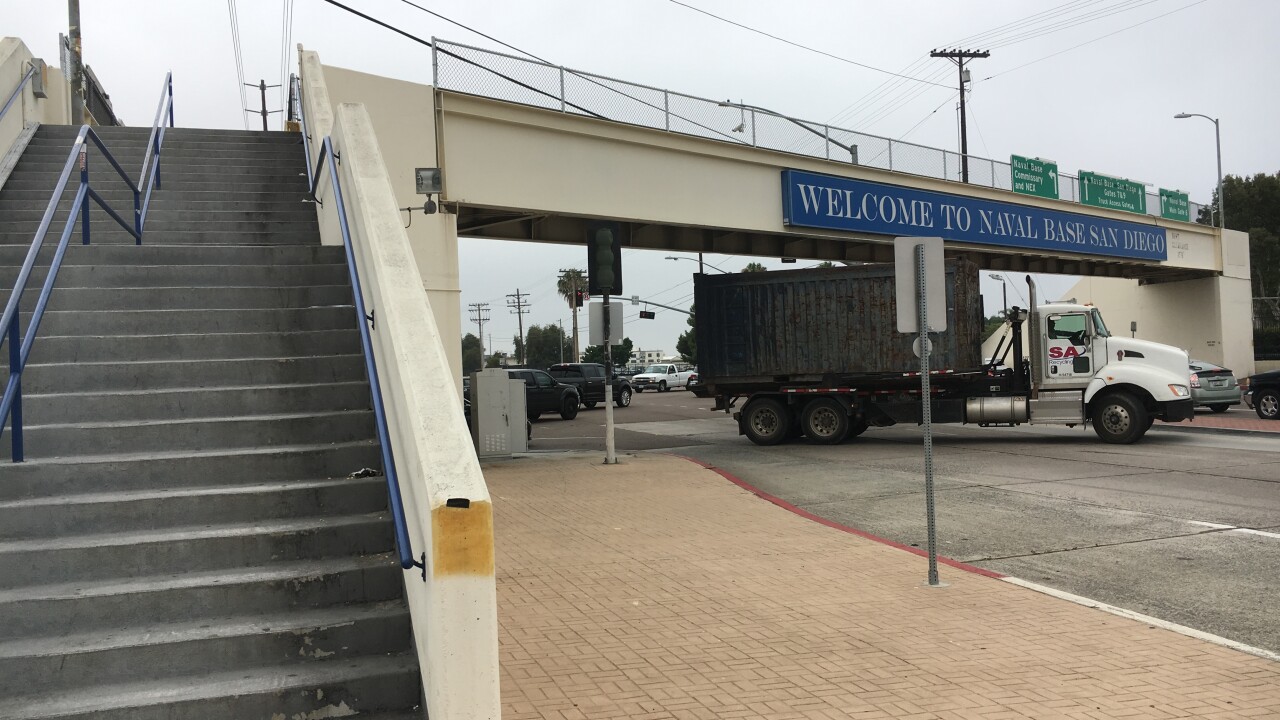 As SANDAG works to promote alternative transportation through its "Keep San Diego Moving" initiative, they plan to upgrade the Bayshore Bikeway.

That includes a stretch through Barrio Logan that runs along Harbor Drive from 32nd Street to Park Boulevard.

Renderings from SANDAG show a two-way bike lane protected from traffic by concrete or plants.

But, plans to build the bike lanes also call for the removal of two pedestrian bridges that go over the intersection of Harbor Drive and 32nd Street. SANDAG will replace the bridges with crosswalks.

Navy personnel use the bridges as they go to and from Naval Base San Diego every day.

Some people who use the bridge daily say they're worried that it will lead to more accidents and dangerous conditions while trying to cross. Others say it could lead to more people jaywalking along Harbor Drive.

SANDAG told 10News that safety is their top concern, and the new crosswalks will "enhance the entire intersection, including adding pedestrian pushbuttons, striped crosswalks, median landings, and other safety features."

SANDAG also says they're working with the Navy and other city organizations to make sure the crosswalks are as safe as the bridges. A spokesperson for the Navy was unable to provide a comment about the project.

Right now, the project is in the environmental review phase. Construction is expected to begin in the summer of 2020 and wrap up by the end of 2021.