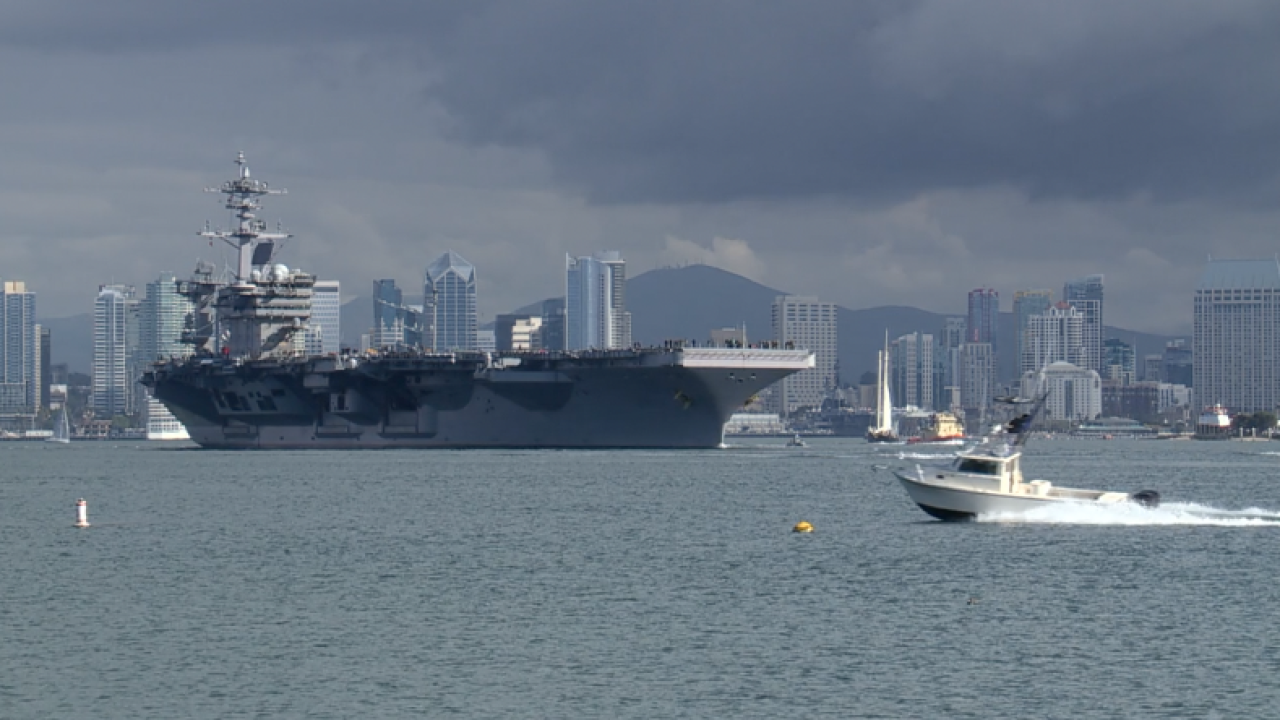 SAN DIEGO (KGTV) — After a coronavirus outbreak sidelined the ship for more than two months, the crew of the USS Theodore Roosevelt is set to return to San Diego on Thursday.

The aircraft carrier spent 174 days on deployment to the Indo-Pacific region, during which time more than 1,100 sailors were infected with COVID-19 and one sailor died, 41-year-old Chief Aviation Ordnanceman Charles Thacker.

In order to prevent further spread, more than half of its roughly 5,000 crew members off the ship in Guam in March while the ship was cleaned and sanitized.

The ship's commanding officer, Capt. Brett Crozier, was also removed from command of the ship after leaking a letter requesting help from Navy leadership as the outbreak began.

USS Theodore Roosevelt continued its mission on June 4 under new coronavirus procedures to modify how crew members move through the ship and distance.

More than 6,000 sailors aboard the aircraft carrier will return after a 174-day deployment to the Indo-Pacific region where the ship supported dual-carrier operations, expeditionary strike force operations, and held air defense and joint-service interoperability exercises.

The return to San Diego won't be permanent though. The USS Theodore Roosevelt is set to change its homeport from San Diego to Bremerton, Washington, ahead of scheduled maintenance next summer.