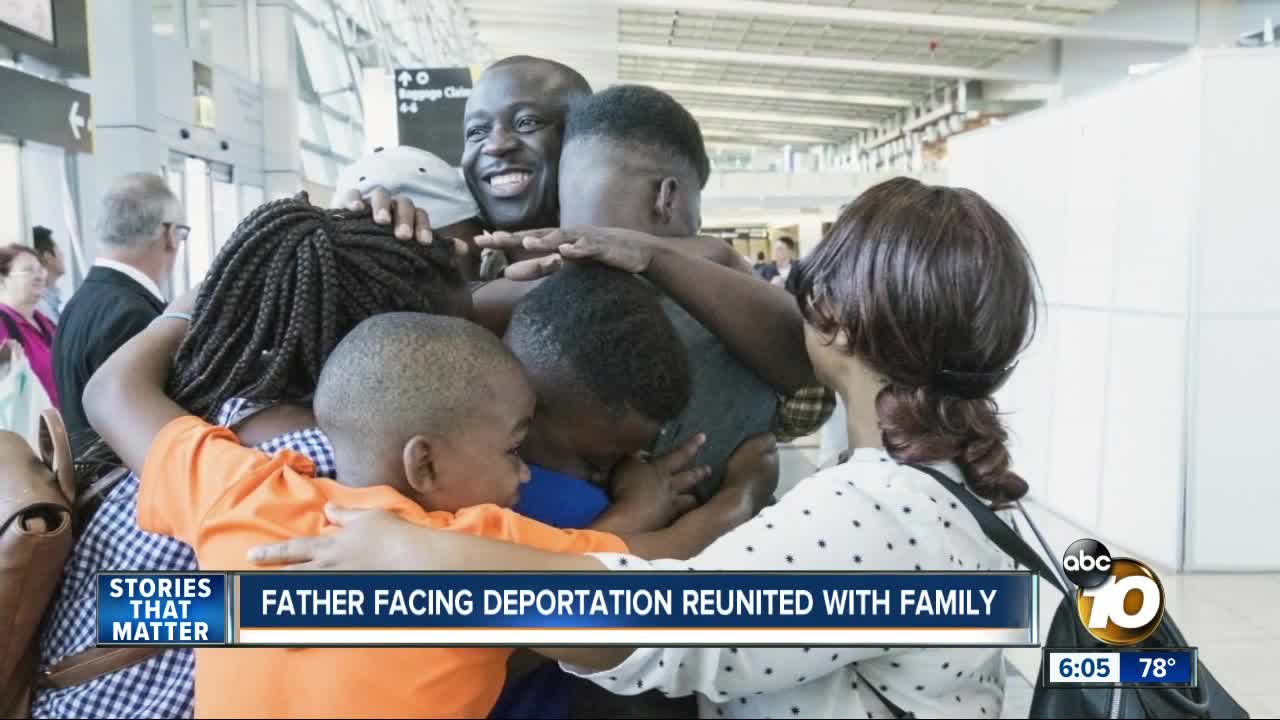 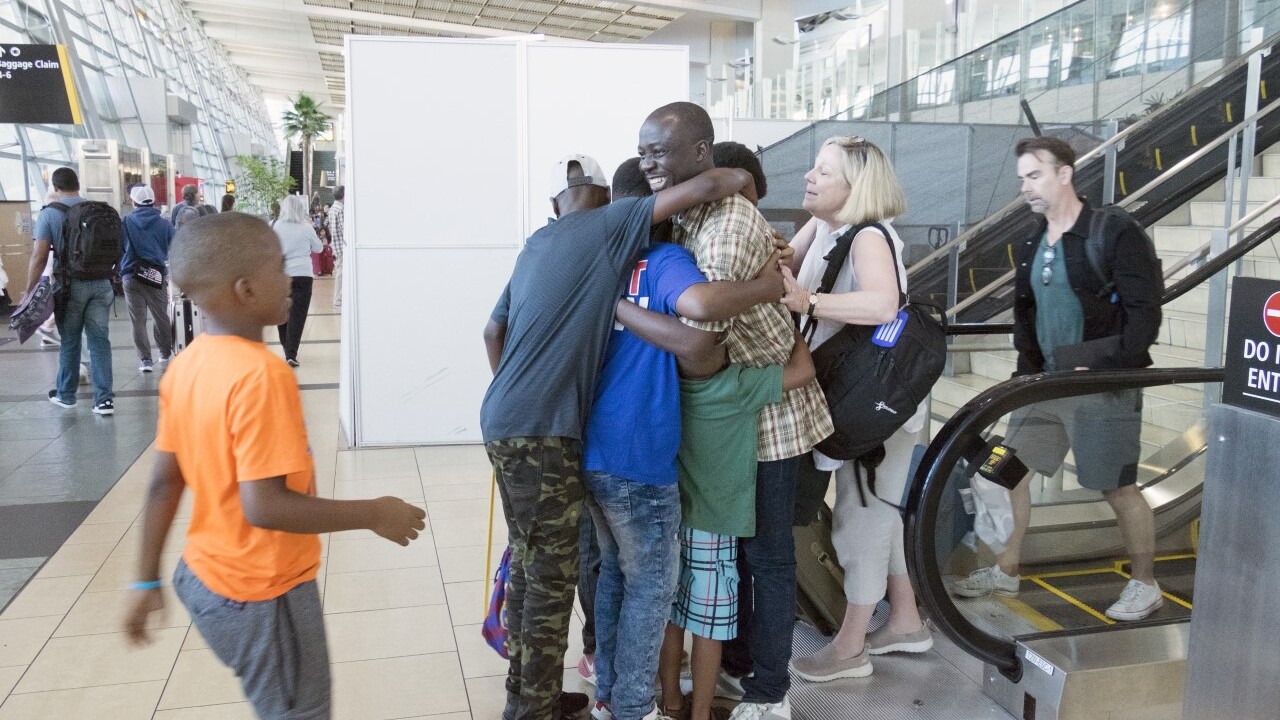 SAN DIEGO (KGTV) - After 20 months of Immigration and Customs Enforcement (ICE) detainment, a Congolese father fighting for political asylum has reunited with his family. The newly paroled father went to a church service in San Diego with his family for the first time since 2017.

"Constantin has been reunited with his family," Pastor Colin Mathewson of St. Luke's Episcopal Church said.

Sunday was Constantin Bakala's first time at church with his family since his parole. In 2017, the former computer engineer took his family and escaped from the Republic of Congo after he said they received multiple death threats by the new government.

They somehow made it to San Ysidro to seek political asylum. But there, the family was separated and Bakala was held alone at four different ICE detention facilities on the East Coast.

Meanwhile, while his wife Annie and seven children were released in San Diego.

Through a French translator, Bakala spoke to 10News.

"Because of the distance between my detention and family, communication was very difficult," Bakala said.

The family's only form of communication was the phone.

For months, the Bakalas and their friends fought for reunification. 10News was there as they rallied at an ICE office in downtown San Diego and at church events. Earlier this year, Bakala's first parole request was denied.

"[It was] pure joy when I hugged and kissed them," Bakala said.

His eldest daughter, Marie Louise, could not contain her joy.

"I am really grateful to God and to all those people who are helping me and my family to be together," Marie Louise Bakala said.

She previously told 10News that all she wanted was for her father to be there when she celebrated her 18th birthday. Her wish came true.

"I'm just really happy because my birthday will be next month, and my dad is here!"

The Bakalas' journey, however, is not over. As Bakala adjusts to his new life as a parolee, the family awaits their trial. But now, they have each other.

In his broken English, Bakala told 10News: "I thank everybody who are before me to understand the condition from where I am coming."

Constantin Bakala's case has been moved to California. The family is waiting for their new trial date.