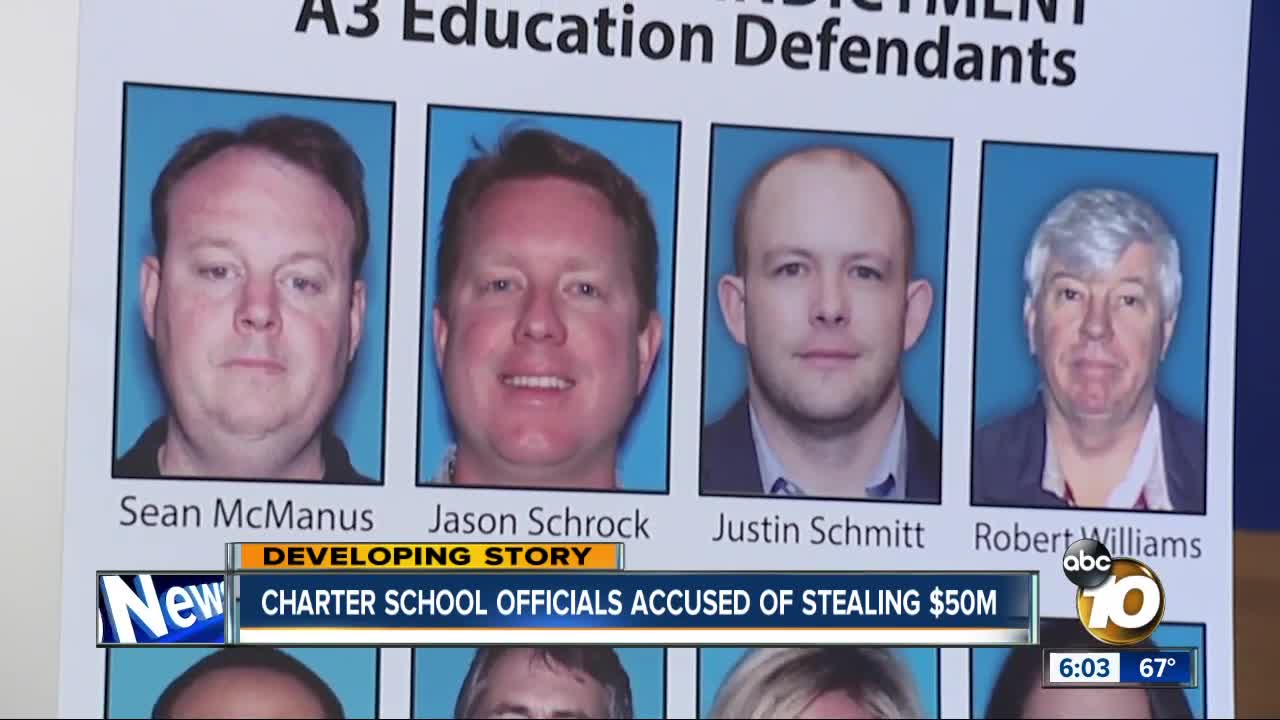 An Australian national and his Long Beach business partner are accused of siphoning more than $50 million from the State of California in a years-long charter school scheme. 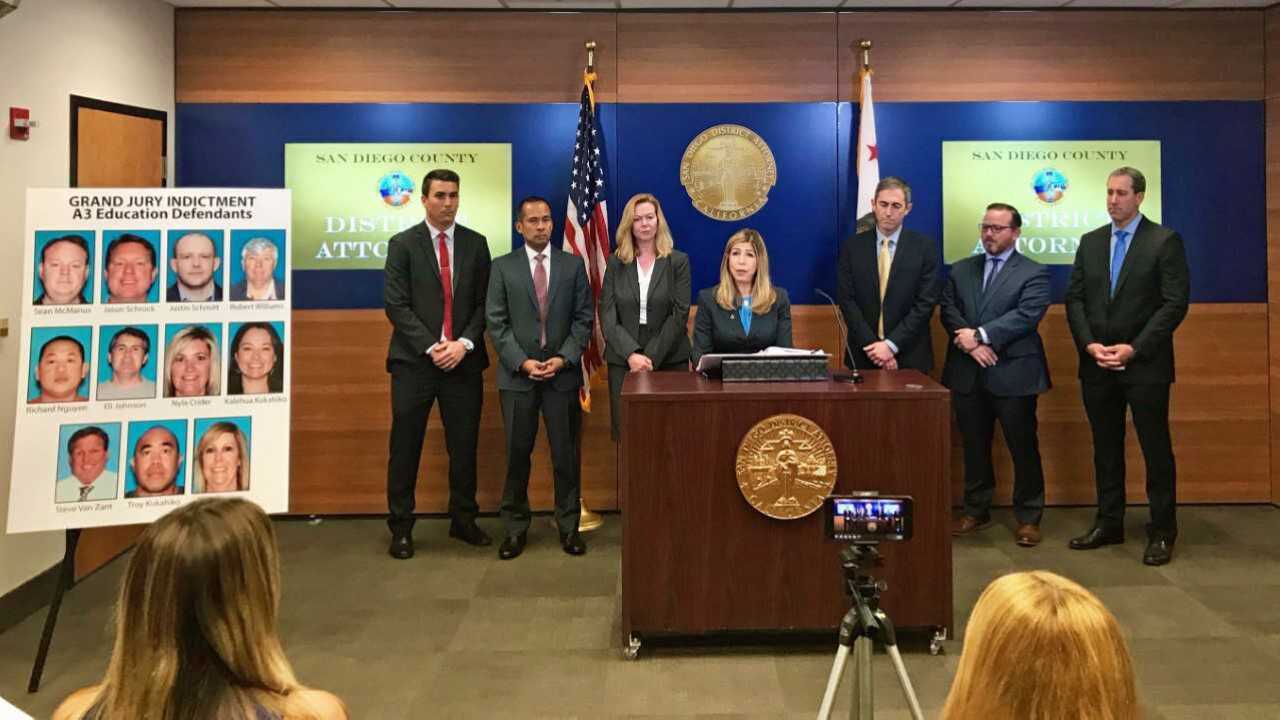 SAN DIEGO (KGTV) -- An Australian national and his Long Beach business partner are accused of siphoning more than $50 million from the State of California in a years-long charter school scheme.

According to the San Diego District Attorney, the pair sought out small school districts with limited experience in oversight and proposed they start online charter schools to earn more public funds.

Sean McManus, 46, and Jason Schrock, 44, the CEO and president of A3 Education, along with nine other people named in the case have been indicted in San Diego County.

Criminal counts include conspiracy, misappropriation of public funds, paying for student information and conflict of interest.

A year-long investigation uncovered a massive scheme in which McManus and Schrock told subordinates and co-defendants to open a total of 19 charter schools in both San Diego County and statewide, according to the DA.

The charter schools are listed below:

“These defendants engaged in a devious, systematic public corruption scheme on the backs of students, their parents and the public that over time diverted millions of taxpayer dollars into their own pockets,” District Attorney Summer Stephan said. “Our team of investigators and prosecutors uncovered widespread misappropriation of public funds that extends across the state.”

Co-defendants in the case who worked under McManus and Schrock at the charter schools reportedly failed to disclose their relationship with the men when starting the schools, claiming to be the schools’ leaders.

On top of creating the charter schools, both McManus and Schrock are accused of running another scam that paid athletic organizations for student information.

The pair reportedly paid pre-existing youth programs as little as $25 per student for enrollment documentation and would then enroll the students into a charter school during the summer, collecting roughly $2,000 per student from the state.

McManus and Schrock are then accused of transferring more than $50 million in public charter school funds into companies the pair own or control. Instead of spending the money on education, once the money was in private bank accounts, both men are accused of using the funds for themselves and their families.

According to authorities, McManus and Schrock used the money to invest in startup companies, real estate, and wired money directly to themselves or family members. Most of the money obtained from the state ended up in the pockets of McManus and Schrock, the District Attorney's office said.