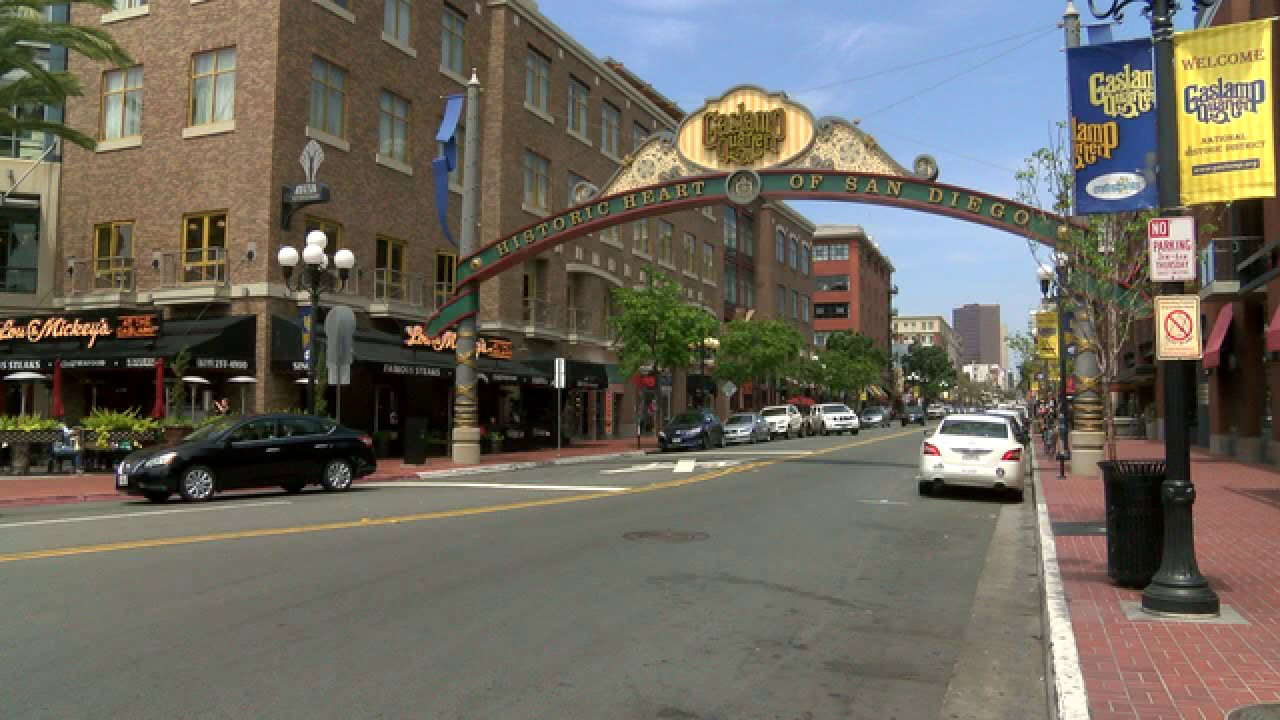 SAN DIEGO (KGTV) — Three people were injured after a motorcyclist did a wheelie and lost control in the Gaslamp District, before fleeing the scene.

The motorcyclist pulled the maneuver heading westbound in the 400 block of F Street just after 7 p.m. Friday when he lost control, San Diego Police said.

The driver and a 32-year-old female passenger fell off the motorcycle as the motorcycle continued and struck two pedestrians at the corner of 4th Avenue and F St., police said.

The motorcyclist, described only as a Hispanic male, fled the scene, leaving the motorcycle behind.