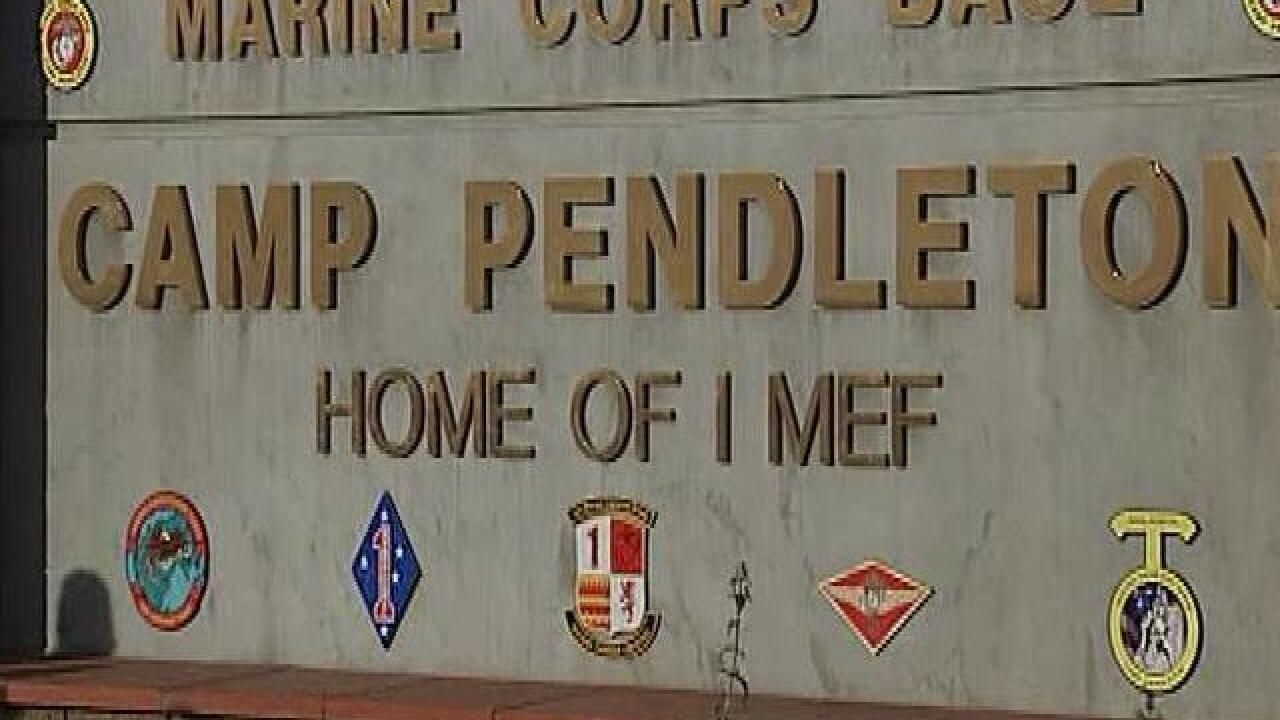 (KGTV) - Naval Criminal Investigative Services announced Friday the arrests of two additional Marines and a sailor, bringing the total of troops suspected of human smuggling and drug-related offenses to 19.

Sixteen of the service members were taken into custody Thursday at Camp Pendleton during Battalion formation, a gathering of some 800 troops, U.S. Marine Corps officials said.

“The Commanding Officer of 1st Battalion, 5th Marine Regiment will act within his authority to hold the Marines accountable at the appropriate level, should they be charged,” said Motz.

The 1st Marine Division is working alongside NCIS in the matter.

“NCIS is dedicated to investigating allegations of criminal activity that poses threats to Department of the Navy readiness and the safety of U.S. citizens,” said NCIS spokesman Jeff Houston.

Thursday’s arrests were linked to a smuggling investigation in early July. Border Patrol agents arrested Lance Cpls. Byron Darnell Law II and David Javier Salazar-Quintero on July 3 near the Tecate Port of Entry, according to a federal complaint .

Agents said three undocumented immigrants got into the Marines’ vehicle on Interstate 8, according to the complaint.