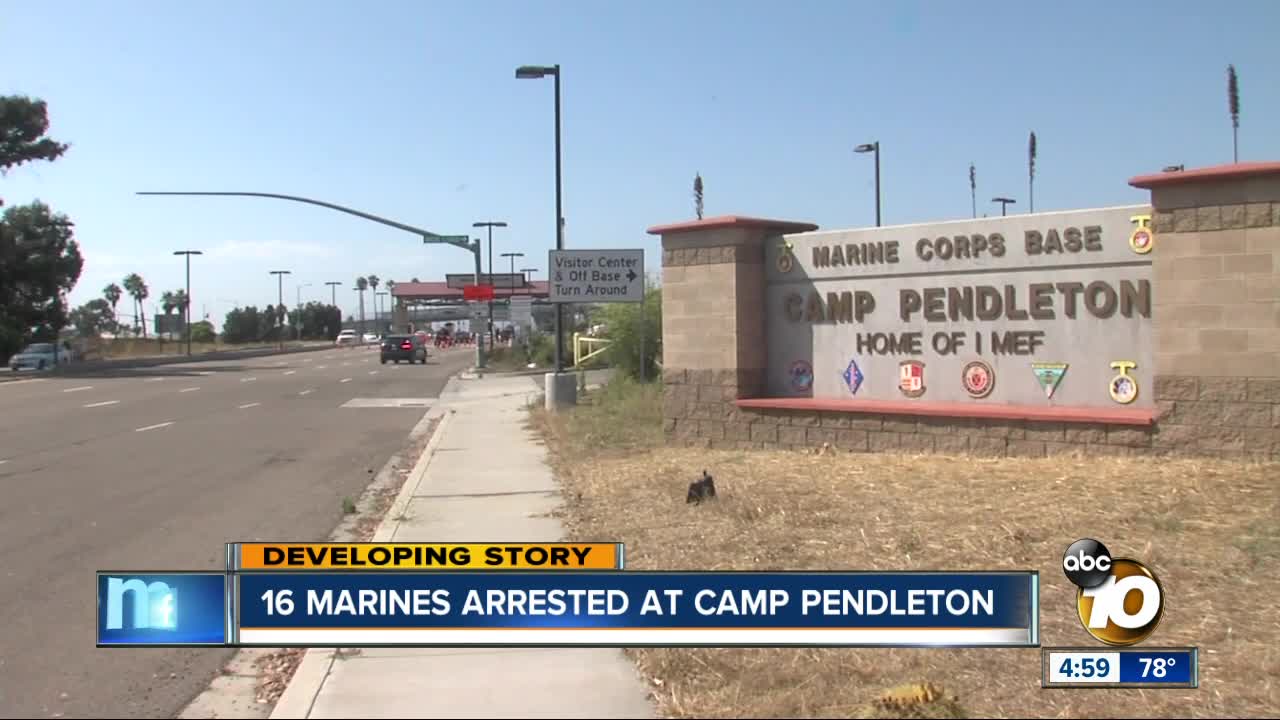 16 Marines were arrested during Battalion formation. 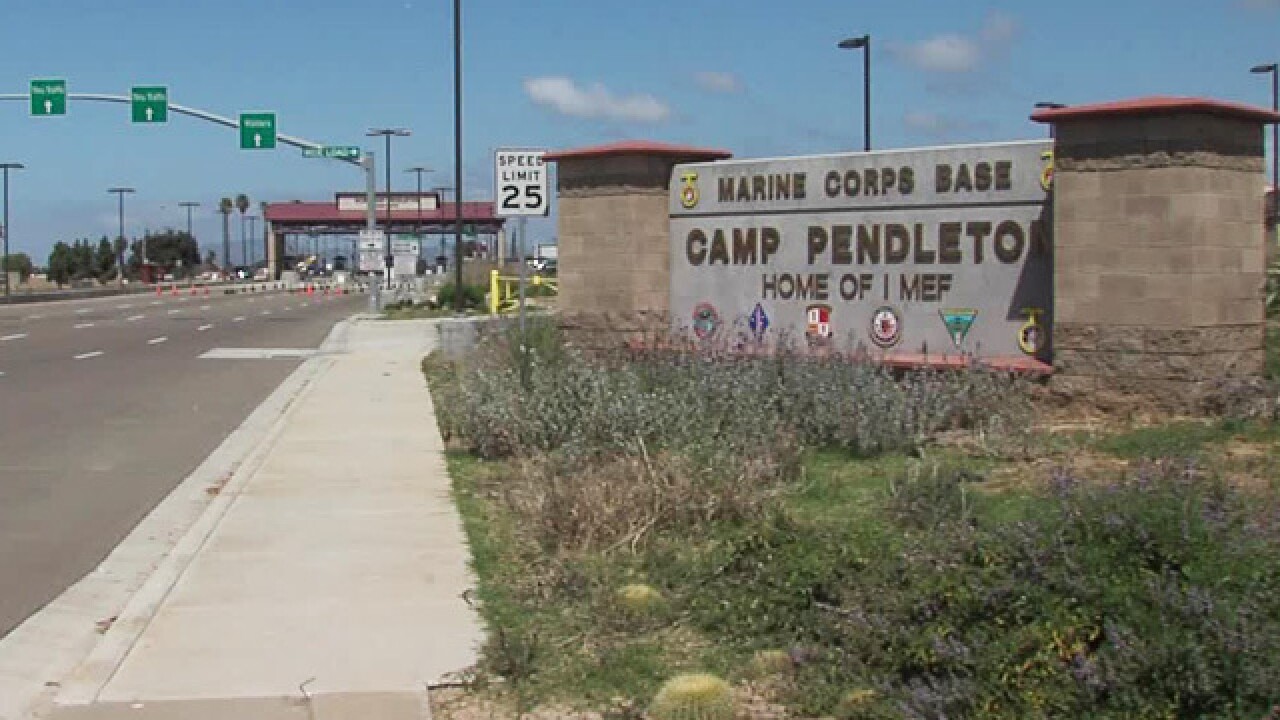 The unidentified Marines did not serve in support of the Southwest Border Support mission, USMC officials said.

An additional eight Marines were taken aside to be questioned on their involvement in alleged drug offenses unrelated to Thursday’s arrests, Motz said.

Those arrested were taken into custody during a Battalion formation with 800 people at Camp Pendleton. 1st Marine Division worked alongside the Naval Criminal Investigative Service, officials said.

10News learned the Marines that were arrested have not been charged at this point in the investigation.

Thursday's arrests were related to a smuggling investigation earlier this month. Border Patrol agents arrested Lance Cpls. Byron Darnell Law II and David Javier Salazar-Quintero on July 3 near the Tecate Port of Entry, according to a federal complaint.

In the complaint, agents reported seeing three undocumented immigrants getting into the pair’s vehicle on Interstate 8 on the morning of July 3. The vehicle was pulled over a short time later and all five occupants were arrested.