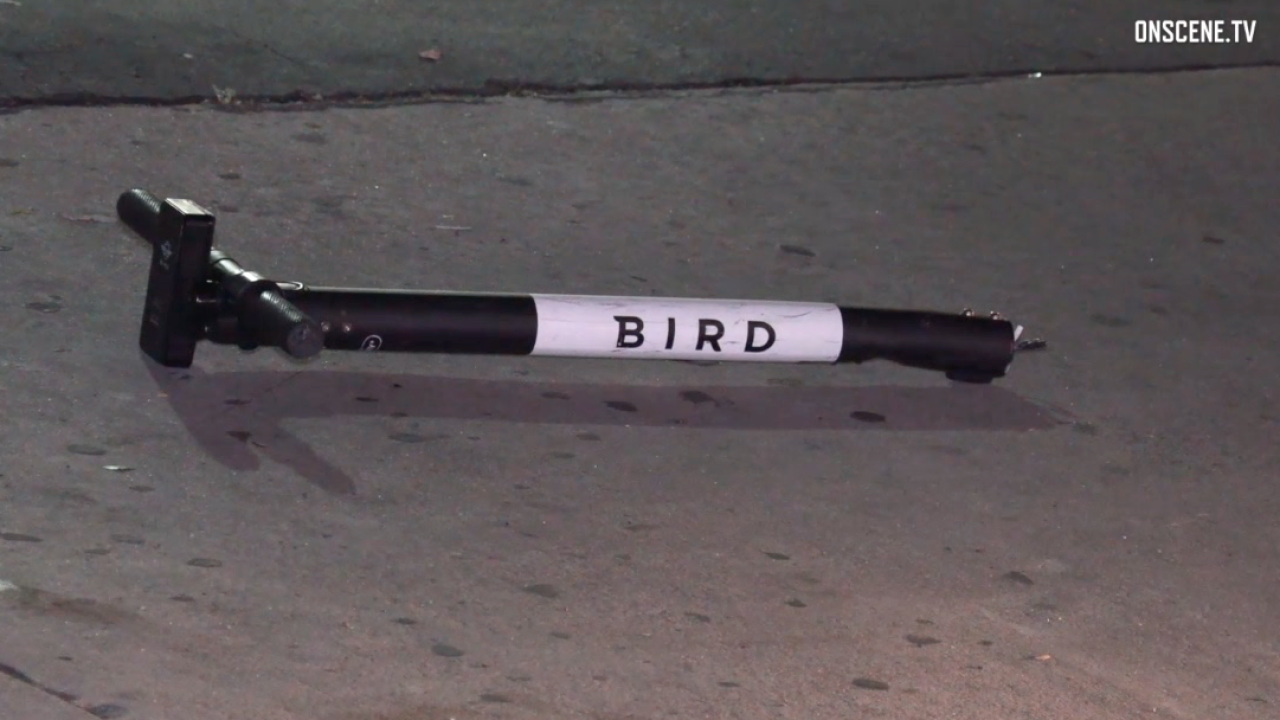 One person is dead after he was hit by a car while riding a Bird scooter in Chula Vista. 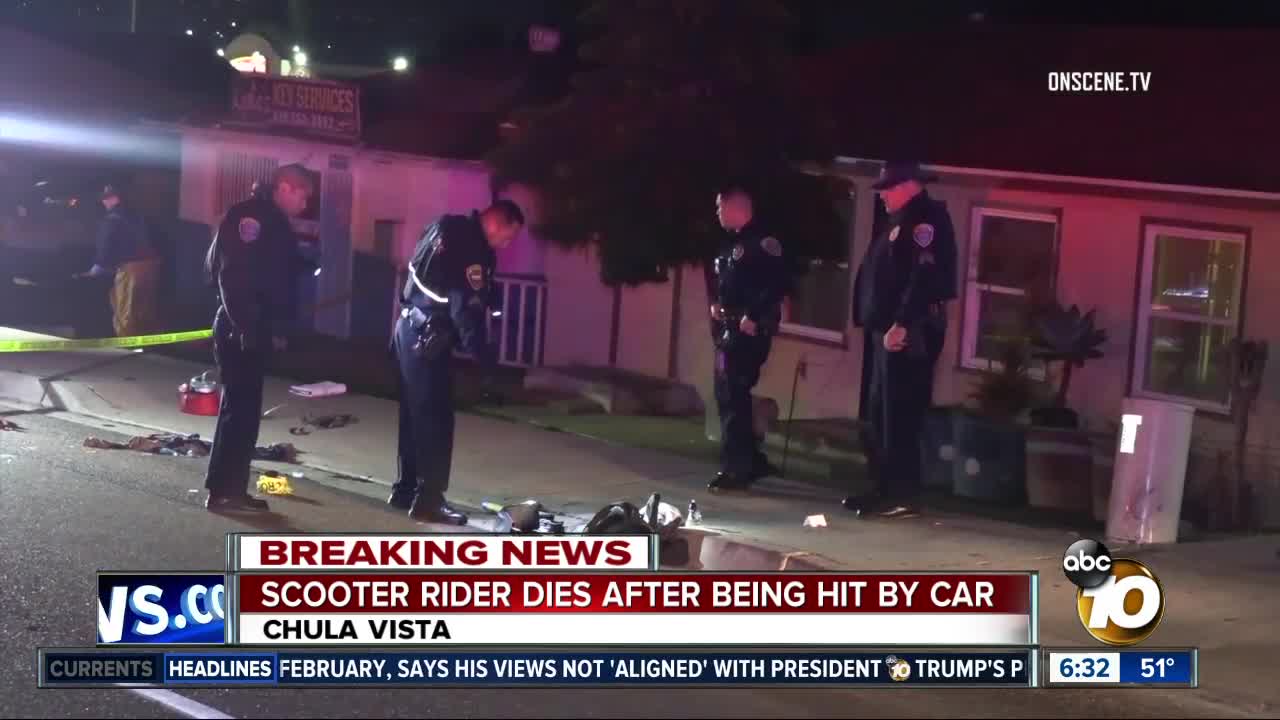 SAN DIEGO (KGTV) — One person is dead and another person is facing life-threatening injuries after a pair of separate crashes involving Bird scooters Friday and Saturday.

The first incident happened just before 9 p.m. Friday in Hillcrest. San Diego Police said a 42-year-old woman had been riding westbound in the 1200 block of University Ave. in a bike lane when, for unknown reasons, she overturned while on her Bird scooter and hit her head.

The woman was taken to a nearby hospital with life-threatening injuries. Police say the woman was not wearing a helmet and had been drinking.

In the second incident, a man was riding on a Bird scooter southbound in the 1400 block of Third Ave. when he was hit from behind by a vehicle just before 4 a.m., Chula Vista Police said.

26-year-old Esteban Antonio Ramon Galindo died shortly after being transported to the UC San Diego Medical Center, according to police. It's not clear whether Ramon Galindo was wearing a helmet when he was hit.

Police said the driver remained at the scene and has been cooperating with police. The cause of the crash was still under investigation Saturday. Investigators did not believe drugs or alcohol were factors in the crash.