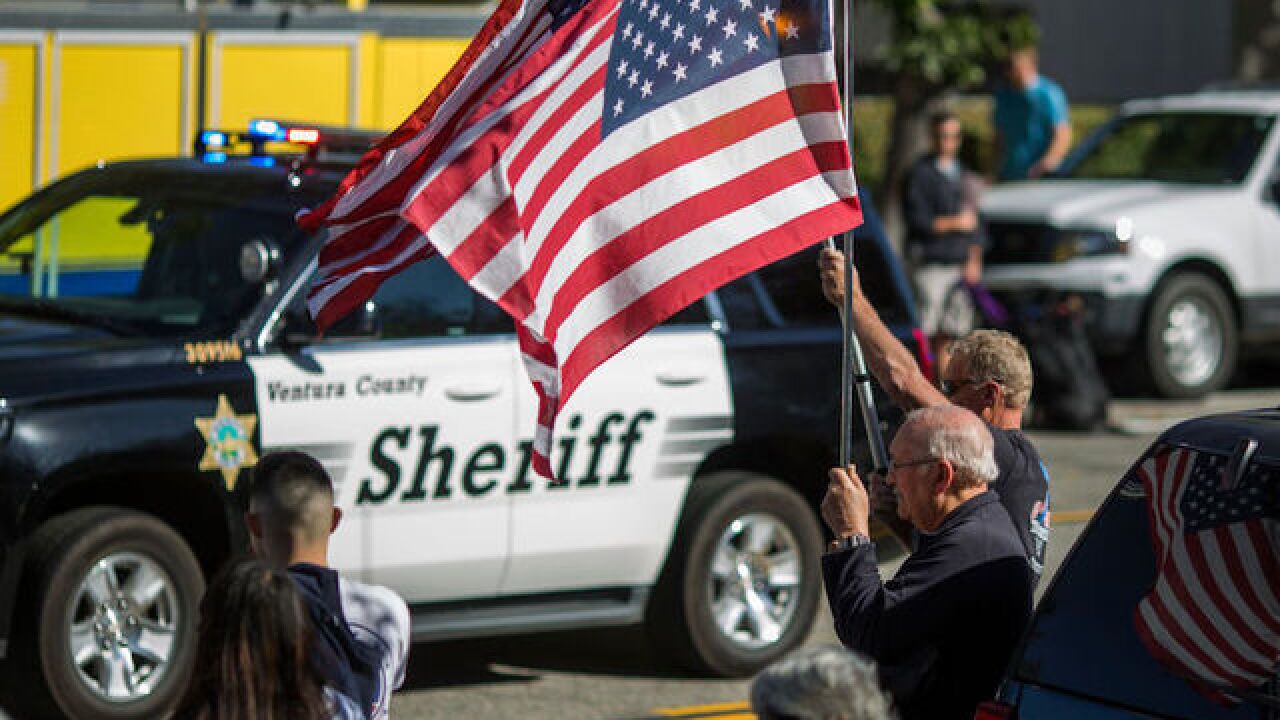 Lawmakers from across the country are responding following a mass shooting at a bar in Thousand Oaks overnight that claimed the lives of 13 people.

Shots rang out late Wednesday night at the Borderline Bar & Grill. The alleged shooter has now been identified as David Long, 28, a former machine gunner a veteran of the was in Afghanistan.

I have been fully briefed on the terrible shooting in California. Law Enforcement and First Responders, together with the FBI, are on scene. 13 people, at this time, have been reported dead. Likewise, the shooter is dead, along with the first police officer to enter the bar....

....Great bravery shown by police. California Highway Patrol was on scene within 3 minutes, with first officer to enter shot numerous times. That Sheriff’s Sergeant died in the hospital. God bless all of the victims and families of the victims. Thank you to Law Enforcement.

Lieutenant Governor Gavin Newsom took the massacre as a chance to call for action. Read his full statement below:

Friends, last night's horrific shooting in Thousand Oaks is nothing short of a tragedy. But it's more than that. Having to once again mourn lives taken by gun violence – 12 souls, in our own state – is a moral and societal failure. This cannot be normalized. Our hearts are with their loved ones today. We've experienced far too many of these massacres, and simply saying "enough is enough" is NOT enough. Words won't end gun violence. We will – by taking action and addressing the root causes of these devastating acts, at every level of government. So today, we will remember those lost. Honor their memory and their bravery – like Ventura County Sheriff's Office's Sergeant Ron Helus, who laid down his own life to save others'. But we will also recommit ourselves to action. This is not the best we can do. Gun violence ends with us. There's no other option.

Gabrielle Giffords also issued a statement, citing 307 mass shootings that have happened so far this year:

“307. So far this year, there have been 307 mass shootings. Do we really want to raise our children in a country where mass shootings are a weekly occurrence? A country where every single day in America, more than 90 people are killed with guns? This level of gun violence doesn’t happen in any other high-income country. I'm heartbroken, I'm angry, and I’m never going to accept this as normal. My heart is with the victims of this terrible tragedy, their families, and the first responders who acted so courageously to bring this horror to an end. Classrooms. Places of worship. Newsrooms. Movie theaters. Restaurants. Yoga studios. Nightclubs. Playgrounds. No place in America feels safe anymore. We shouldn’t have to live in a country where our president and our lawmakers refuse to take any action to address this uniquely American crisis that’s causing so much horror and heartbreak. There are steps we can take to reduce gun violence, but for too long, too many of those with the power to change this have prioritized personal political gain before taking action to protect our children and communities. Voters made clear Tuesday night that the days of the NRA blocking action to strengthen our gun laws are over. Now is the time to come together and pass legislation that will start putting our country back on the right track. Legislation that will prevent guns from landing in the wrong hands. Legislation that will save lives.”

U.S. Congressman Scott Peters also took the shooting as a chance to call for tougher gun laws. Read his full statement below:

“I don’t have any more words to express the sadness of yet another community torn apart by gun violence. San Diego tragically lost one of our own last night: Justin Meek, a Coronado High School graduate. I’m thankful for the bravery of Justin Meek and first responders, like Ventura County Sheriff Deputy Ron Helus, who laid down their lives to save others. My deepest condolences go out to the all victims’ families and the entire Thousand Oaks community. For too long, these tragedies have been followed by silence; Republican leadership refuse to let Congress act to curb gun violence. In January, the House has the opportunity to finally pass common sense measures, like background checks. The Senate should do the right thing and also pass these safety measures that have the support of 90 percent of Americans and 80 percent of gun owners. Americans agree we need to protect our children at school, seniors at church, and fellow Americans in public spaces. We can’t stop every instance of gun violence, but if we save one life, it would be worth it.”