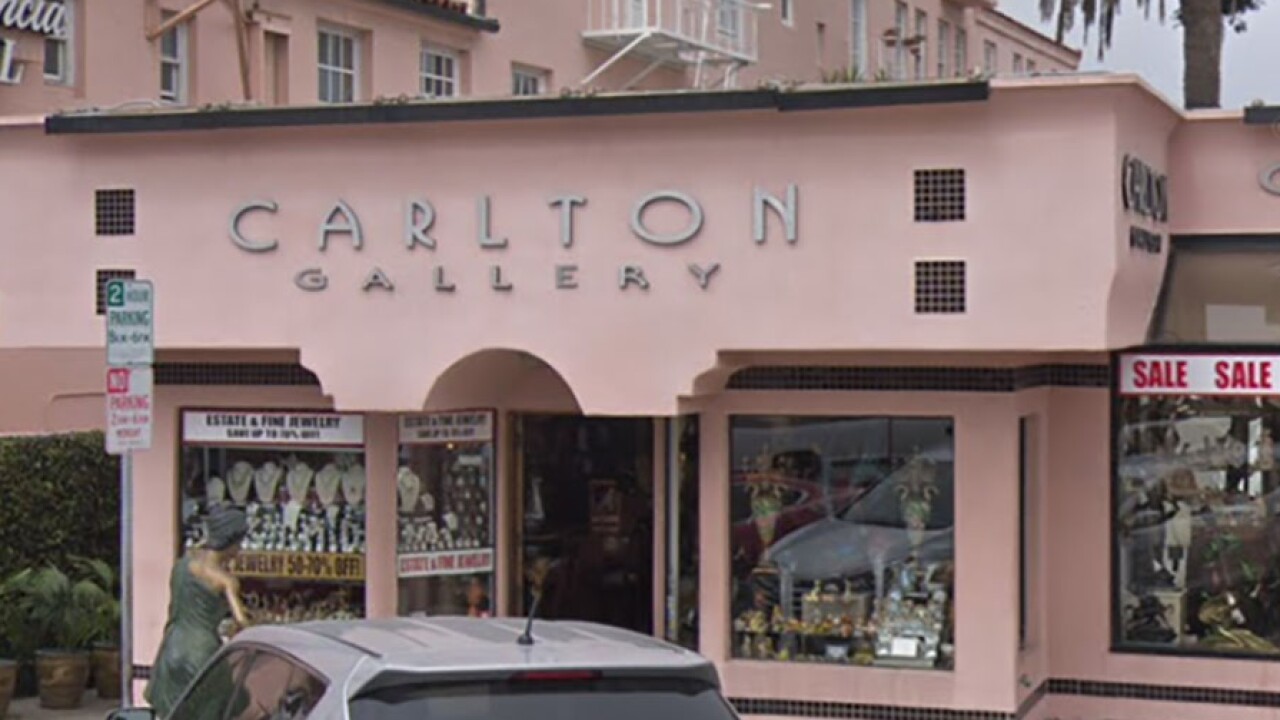 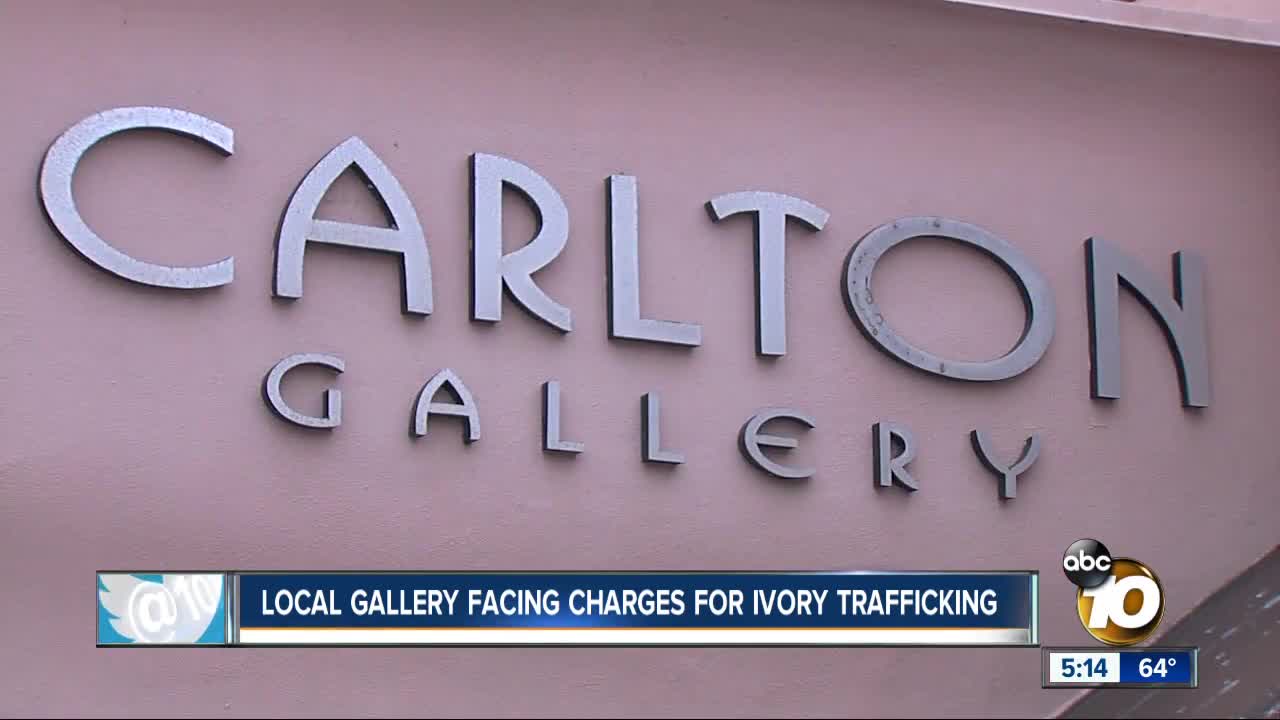 SAN DIEGO (KGTV) - The owner of a La Jolla art gallery and an employee were charged over the illegal sale of ivory, the San Diego City Attorney’s Office announced Wednesday.

Investigators seized 383 ivory sculptures and pieces of ivory, valued at $1.3 million, at Carlton Gallery and its warehouse. Authorities said the seizure is the “largest seizure of ivory products by the California Department of Fish and Wildlife since a state law banning their sale took effect in 2016.”

“The investigation into Carlton Gallery began in May 2017, when wildlife officers from the Department of Fish and Wildlife’s Trafficking Unit observed two art-deco sculptures that appeared to be ivory in the gallery’s Prospect Street display window. In December 2017 and March 2018, wildlife officers returned and observed additional items that appeared to contain ivory.

In a sting operation conducted on May 1, 2018, undercover wildlife officers purchased an ivory sculpture from salesperson Sheldon Miles Kupersmith, who offered to sell the officers three other sculptures containing ivory. Wildlife officers obtained and executed a search warrant later that day and seized 146 items containing ivory from the gallery. The Gallery’s owner, Victor Hyman Cohen, then led investigators to a warehouse nearby where officers seized 192 additional pieces of ivory. Most of the items contained ivory from elephants, while some contained ivory from the teeth of hippopotami. Cohen and Kupersmith were charged as individuals.” City Attorney Mara W. Elliott said, “Ivory trafficking is an illegal and reprehensible business that encourages the senseless slaughter of elephants and other endangered species. I hope this prosecution sends a strong message to anyone who sells or is thinking about selling ivory on the black market in San Diego: We will find you and prosecute you to the fullest extent of the law. I want to thank our partners at the California Department of Fish and Wildlife for uncovering this crime in our city.”

Neither exception applies to the items seized from the Carlton Gallery, authorities said.

Under state law, a first-time offense of the ban is a misdemeanor punishable by up to a year in jail and a fine of up to $40,000.

Cohen and the Carlton Gallery are charged with 11 counts of each.