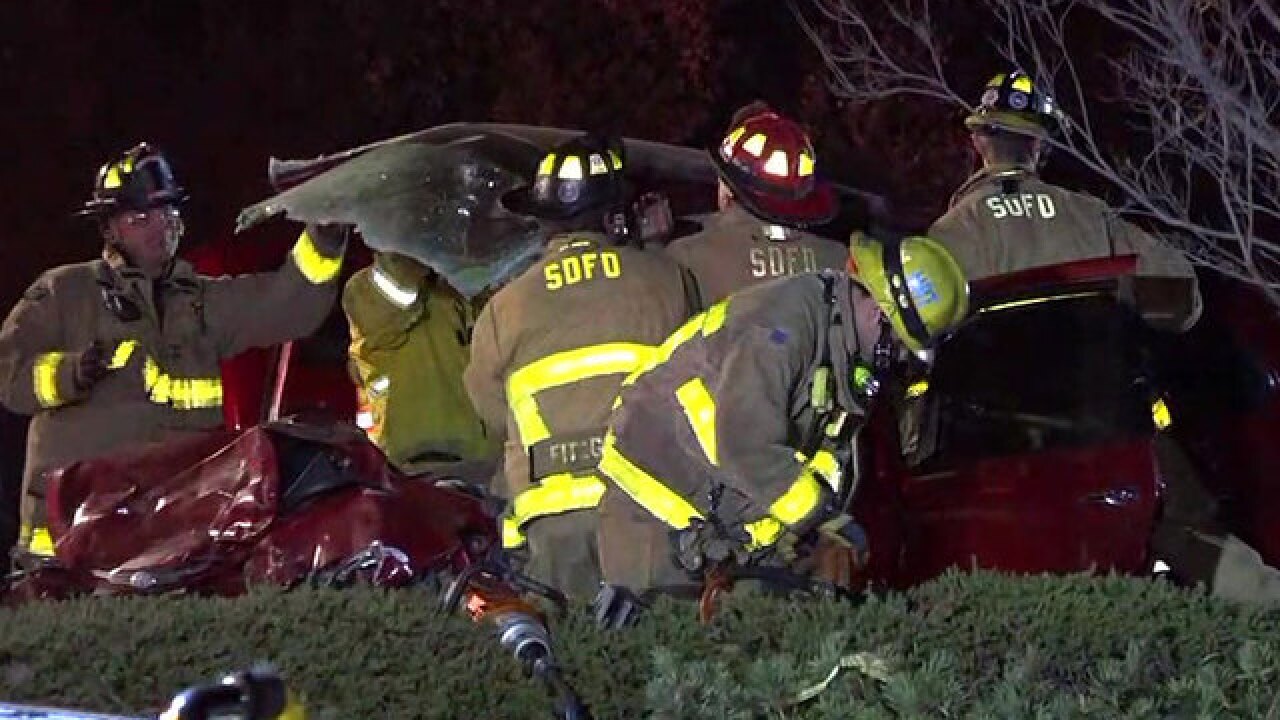 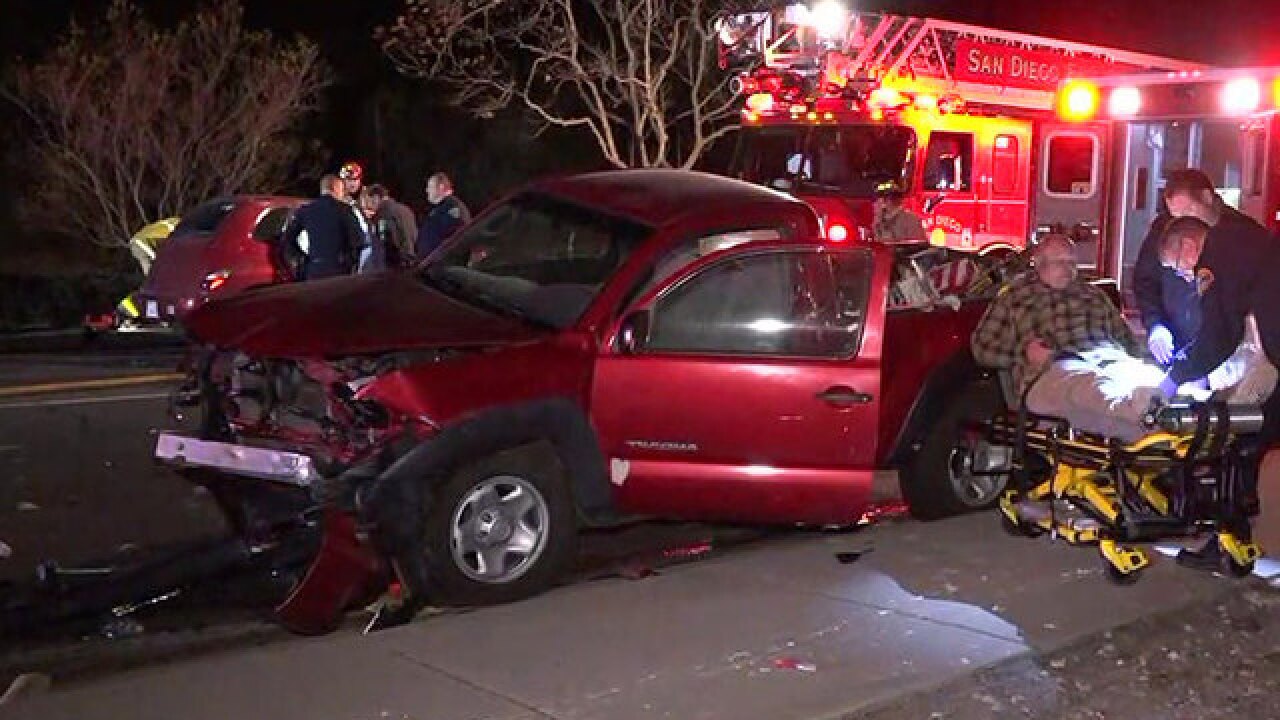 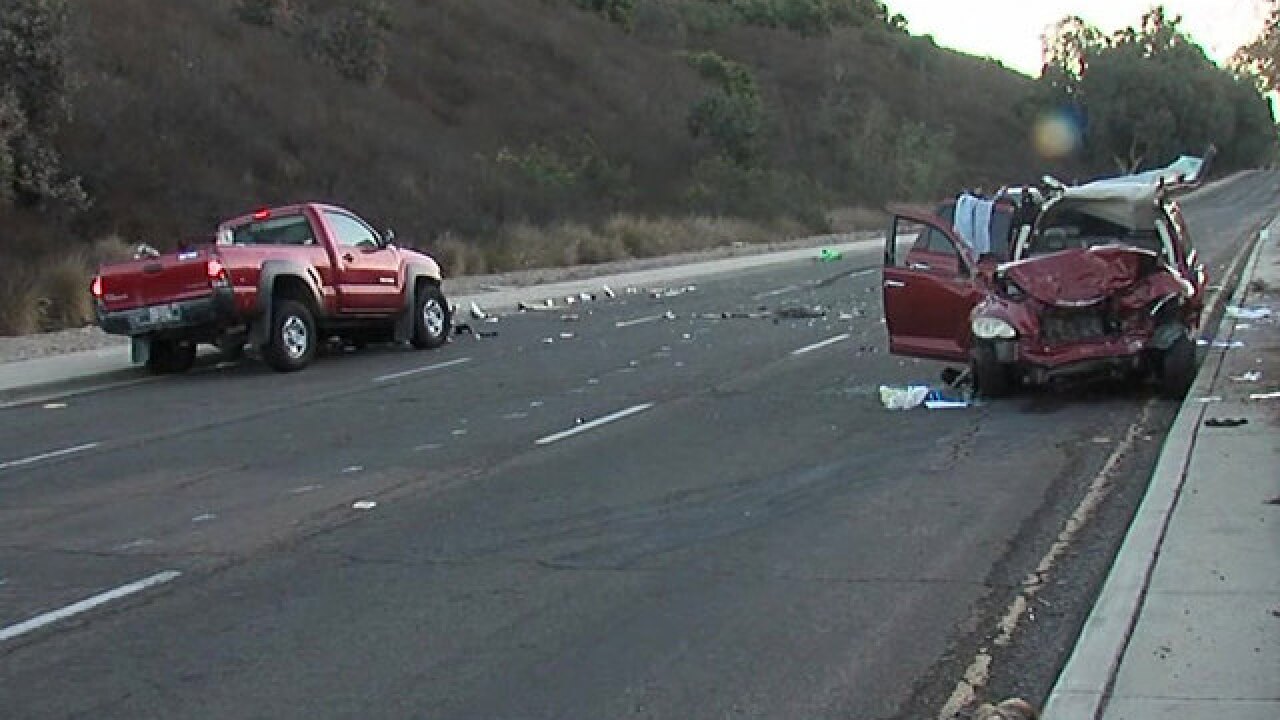 The crash involving a pickup truck and a PT Cruiser happened just before 4 a.m. on the westbound side of Tierrasanta Boulevard, near Santo Road, according to San Diego police.

Emergency crews had to cut the PT Cruiser's roof to take the unconscious driver out. Both drivers were taken to the hospital with injuries of unknown severity.

Police later determined the PT Cruiser was traveling the wrong way when it collided with the truck. 10News learned an open container of alcohol was found lying on the floor in the PT Cruiser.

There is no immediate word on if the driver was arrested.

Westbound Tierrasanta Boulevard was shut down for at least three hours due to the crash investigation.