At least 5 hurt in 7-vehicle crash in Clairemont 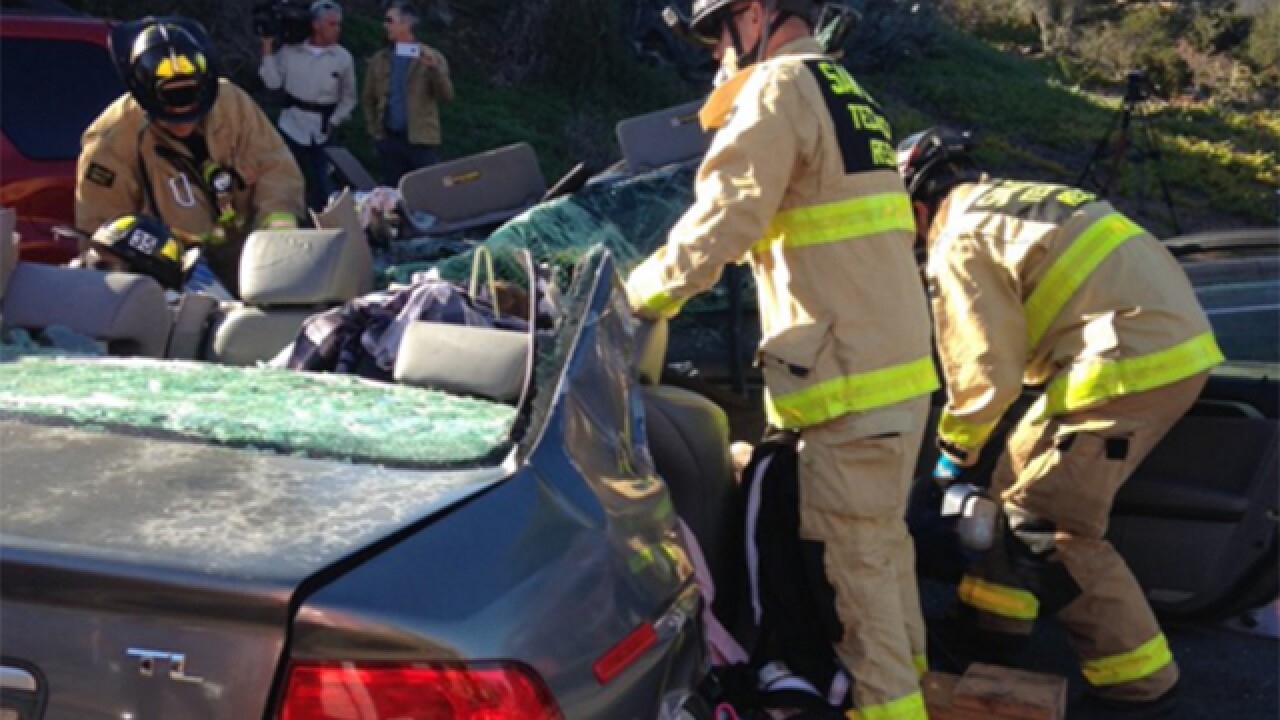 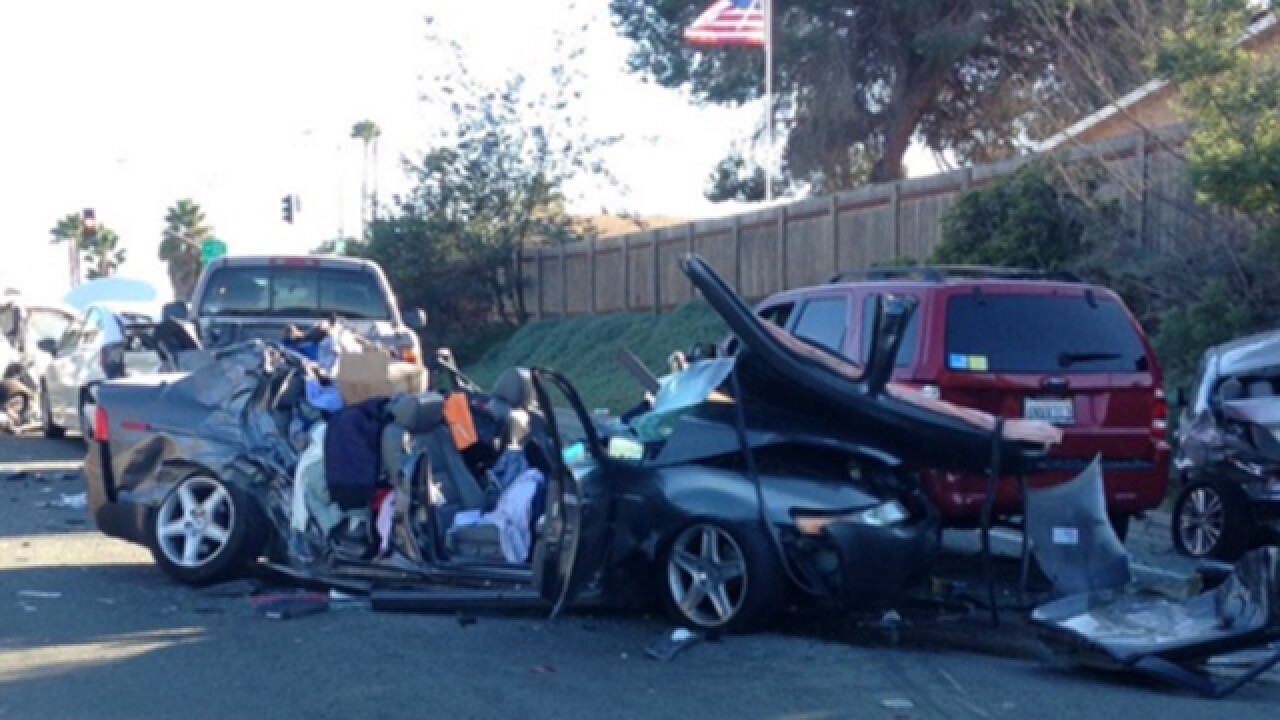 A wreck at a Clairemont intersection injured five motorists Wednesday afternoon, including two who wound up badly hurt and trapped in their crumpled cars.

The accident in the 5000 block of Genesee Avenue occurred about 1:30 p.m., when a 55-year-old man driving southbound failed to stop for a line of stationary vehicles at a stoplight at Appleton Street, according to the San Diego Fire-Rescue Department.

The resulting series of collisions involved seven autos, including several SUVs, a truck and at least three sedans.

It took emergency crews about a half-hour to free a man and a woman trapped in their separate vehicles, SDFRD Capt. Joe Amador said. Those patients were taken to a hospital with major trauma, while the others were transported for treatment of lesser injuries, according to Amador.

The roadway remained blocked by emergency equipment and the damaged vehicles in the late afternoon.

The Genesee Ave. exit from state Route 52 has been shut down due to the crash.

The driver of the car that caused the collisions suffered a fractured vertebrae. He was evaluated and later arrested for DUI drugs and alcohol, according to police.