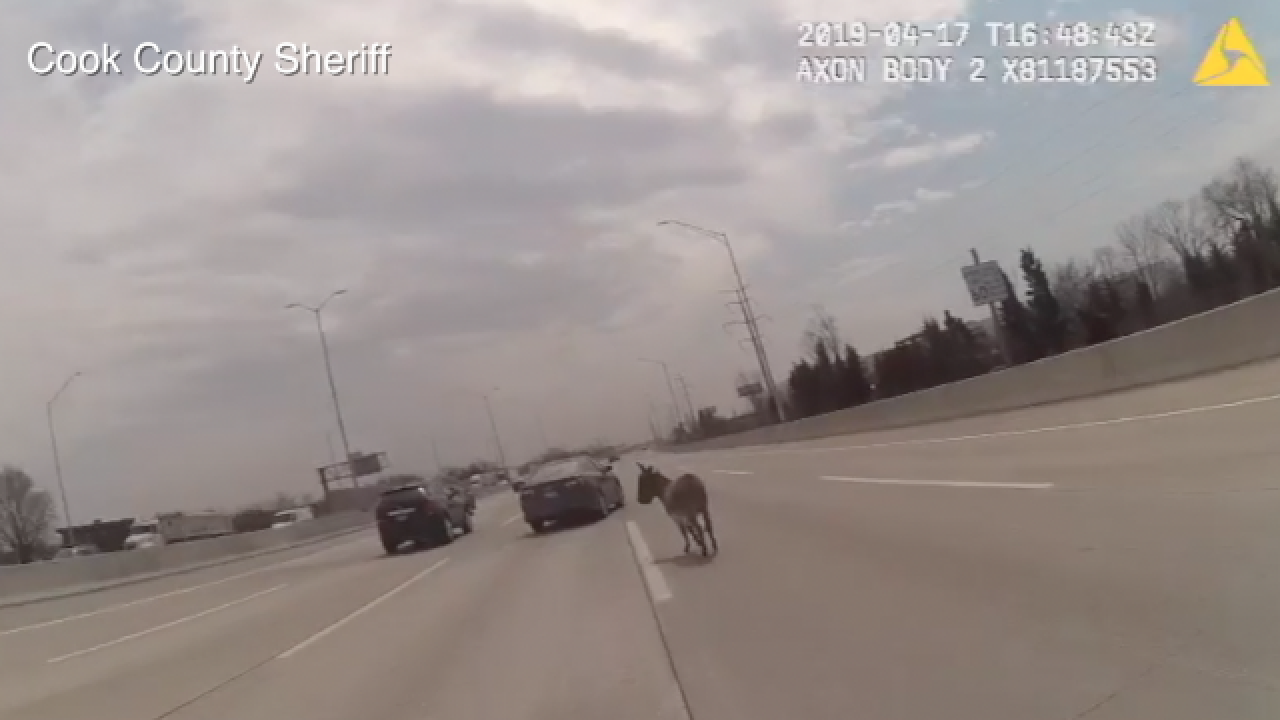 ARLINGTON HEIGHTS, Ill. (KGTV) — An unusual sight on Interstate 90 near Chicago brought traffic to a crawl, when a donkey ended up wandering around the freeway this week.

Cook County Sheriff's Sgt. Bonnie Busching is seen in body camera footage Wednesday rushing out of her patrol car telling dispatch in disbelief, "There's a donkey in the middle of I-90."

Busching is heard trying to corral the donkey, asking another motorist to help pull their car over to block the animal.

"Where are you from?" Busching calls to the donkey, as she brings the animal to the side of the roadway.

"Dusty" was safely returned to its owner. It remains unclear how the donkey ended up meandering around the roadway.