Hundreds of UCSD students shut down I-5 in protest 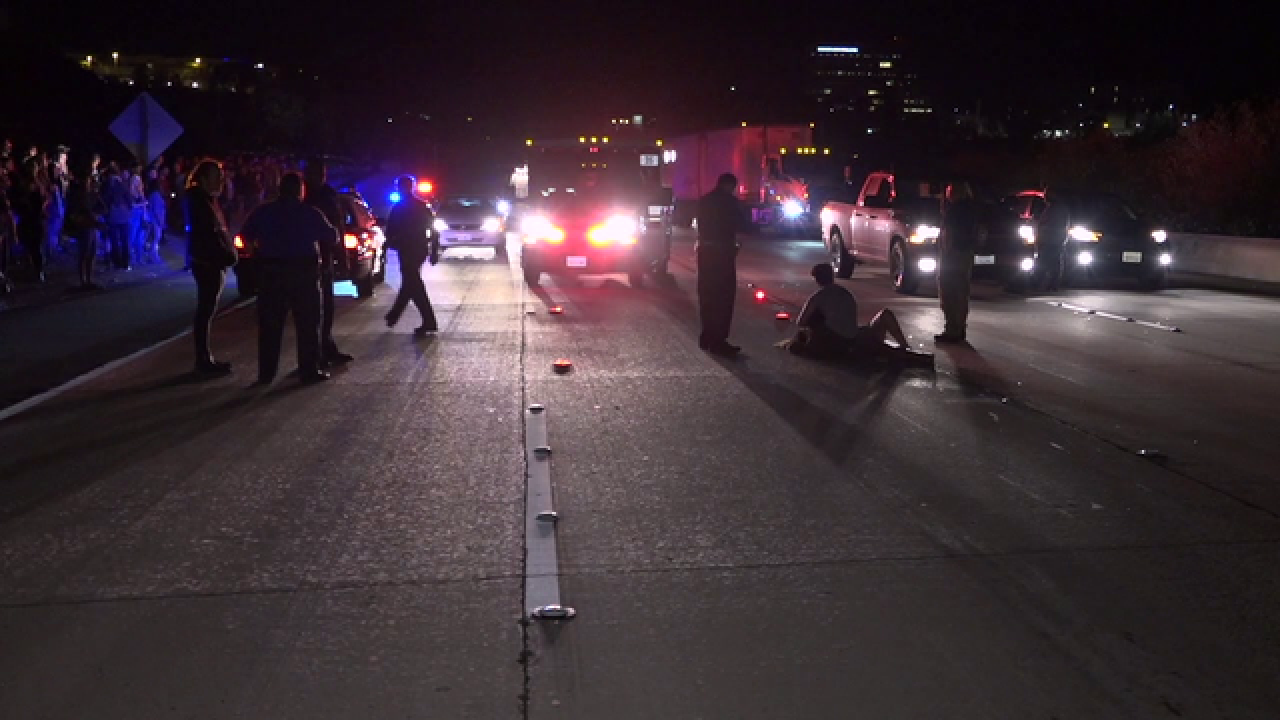 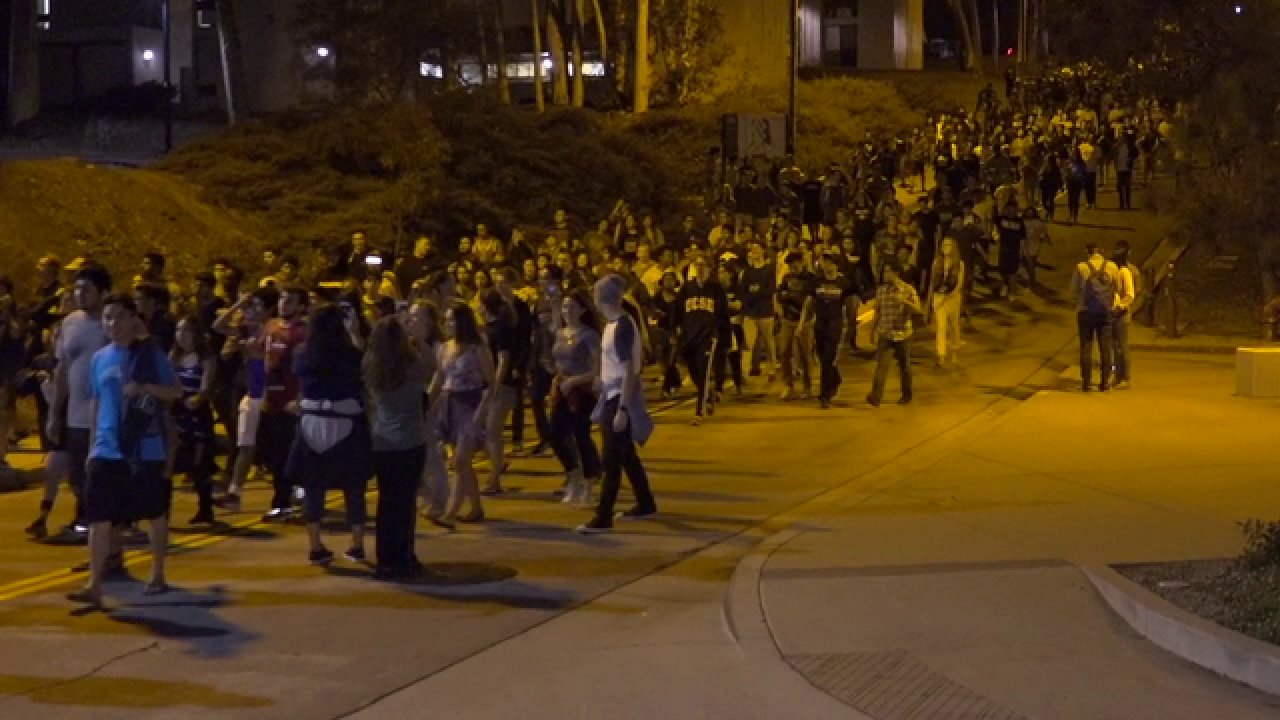 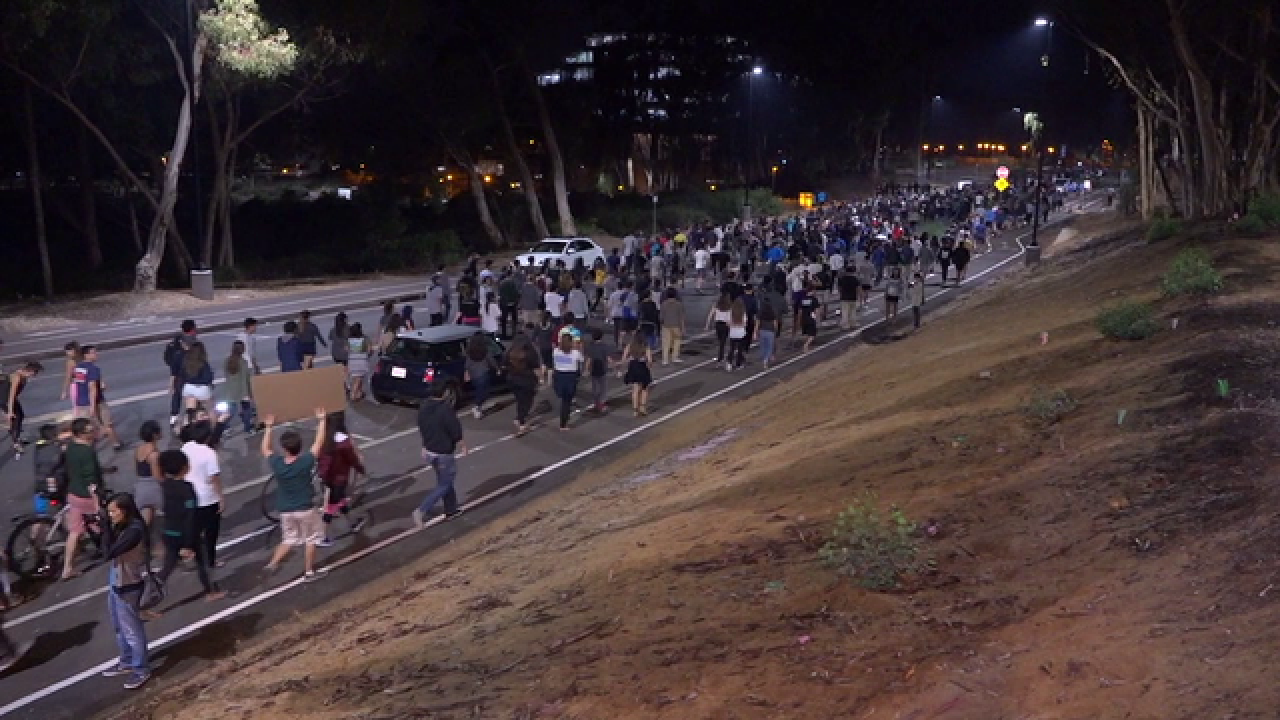 At around midnight, hundreds of students began marching and chanting as they made their way through campus and onto Interstate 5 near La Jolla Village Drive Bridge, shutting down traffic as they walked in the freeway.
Sometime after 1 a.m., a UCSD fresman protester was struck and injured by a car on the freeway. She was taken to a local hospital with a broken leg, a school official confirmed. She was in stable condition.
Eventually the crowd dispersed. There were no arrests.
Copyright 2015 Scripps Media, Inc. All rights reserved. This material may not be published, broadcast, rewritten, or redistributed.