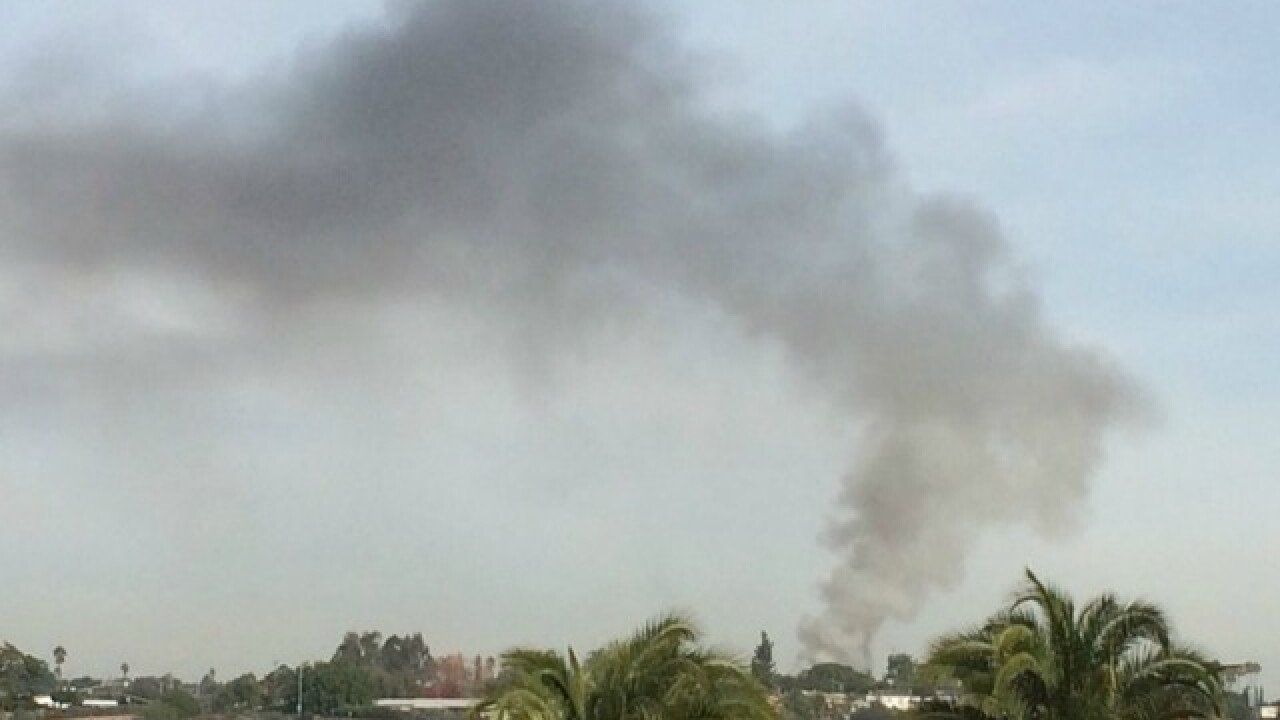 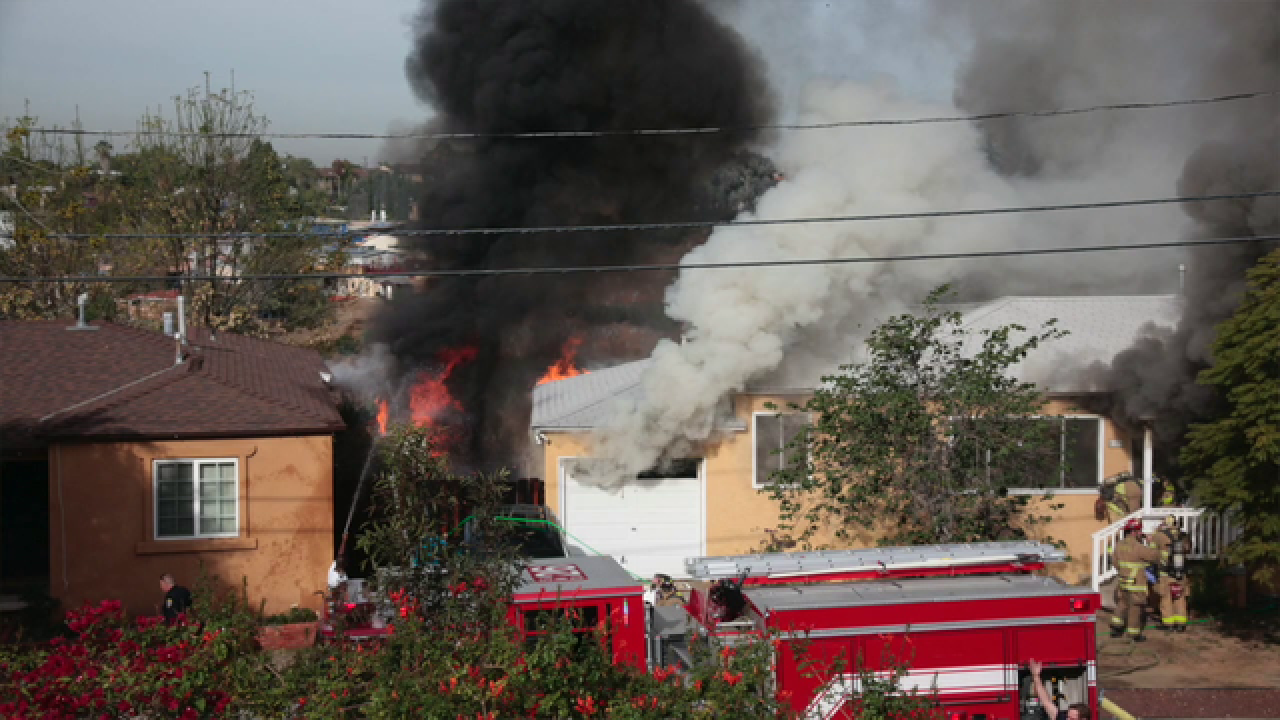 By: City News Service
Posted at 12:18 PM, Dec 09, 2015
SAN DIEGO -- A house fire in the Chollas Creek neighborhood Wednesday morning displaced two adult residents, but no one was injured.
The blaze in the 2300 block of Ridge View near Laurel Street was reported around 9:45 a.m., according to the San Diego Fire-Rescue Department, and was extinguished in about 20 minutes.
There was no immediate word on the cause of the fire. SDFR reports the fire appeared to start in the back patio, where the two residents said they were cooking Ramen noodles at the time.
San Diego police closed Ridge View Drive between Laurel and Wendell streets, and asked motorists to avoid the area.

House fire... and we can see it from our parking lot. It's in the 2300 block of Ridgeview Dr #TheNow @10News 4pm pic.twitter.com/aE1UjpxNvv