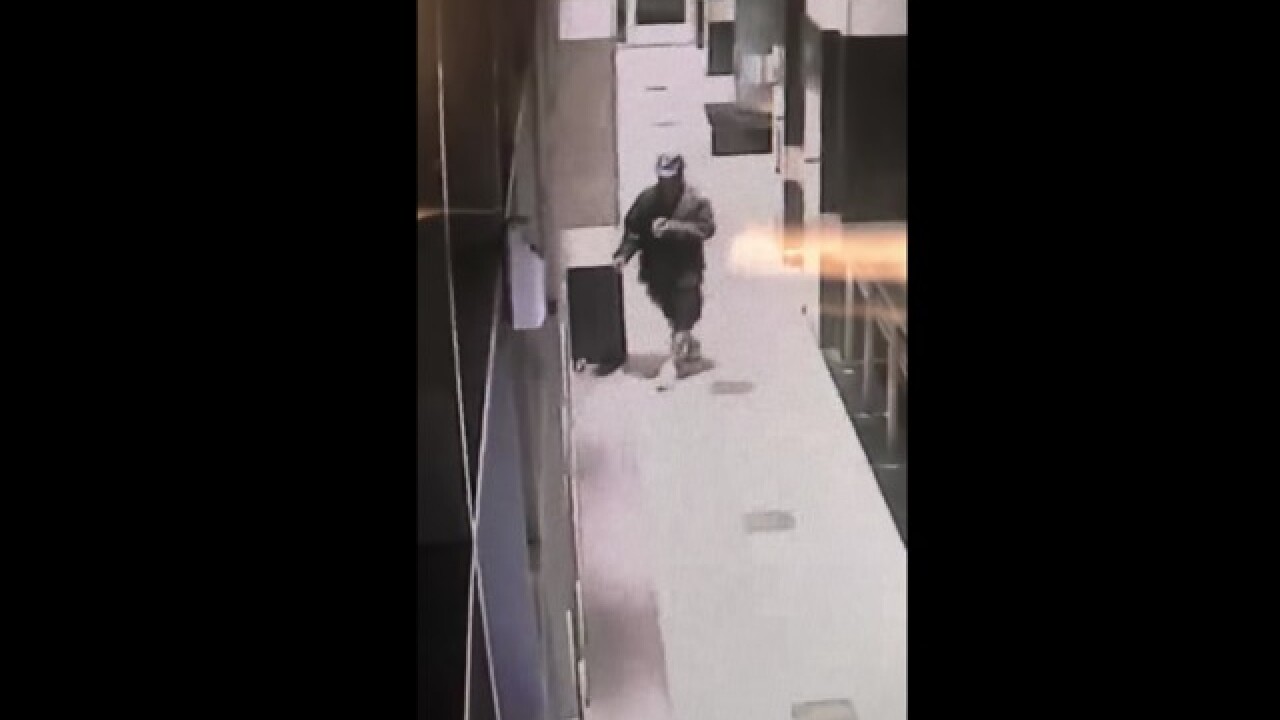 Officers reported an assault on two people near the 700 block of Wilshire Blvd. in downtown Los Angeles Sunday morning. A further investigation found a third victim several blocks away near the area of 5th St. at Flower, according to the LAPD.

Police said a man beat the victims with a baseball bat and went through their pockets, taking items before walking away. The man took his bat with him.

Anyone with information was asked to call the Los Angeles Regional Crime Stoppers at 800-222-TIPS.