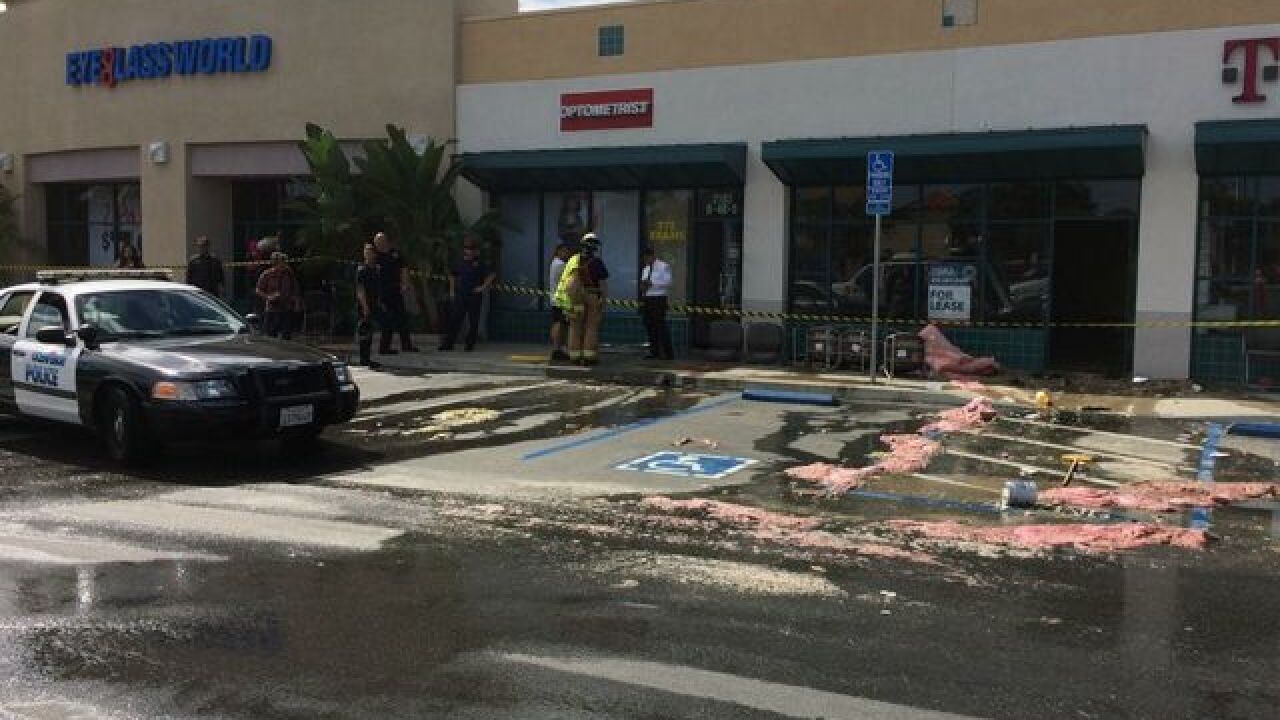 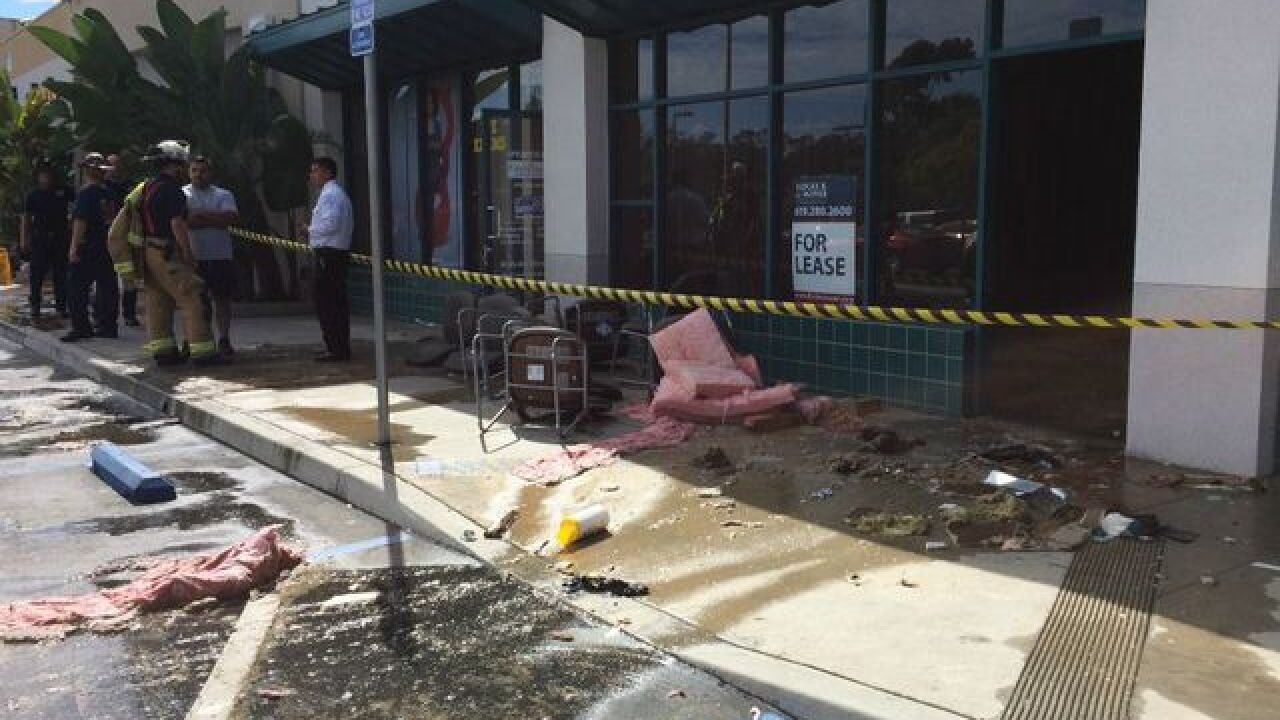 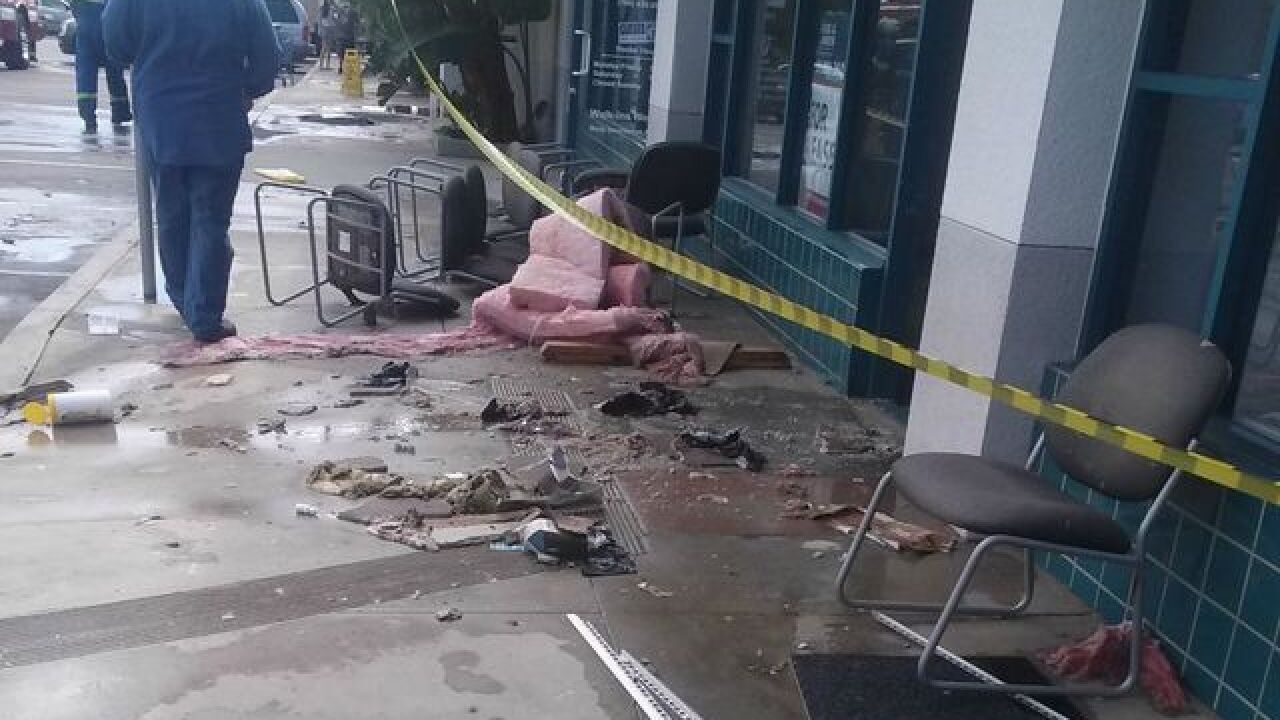 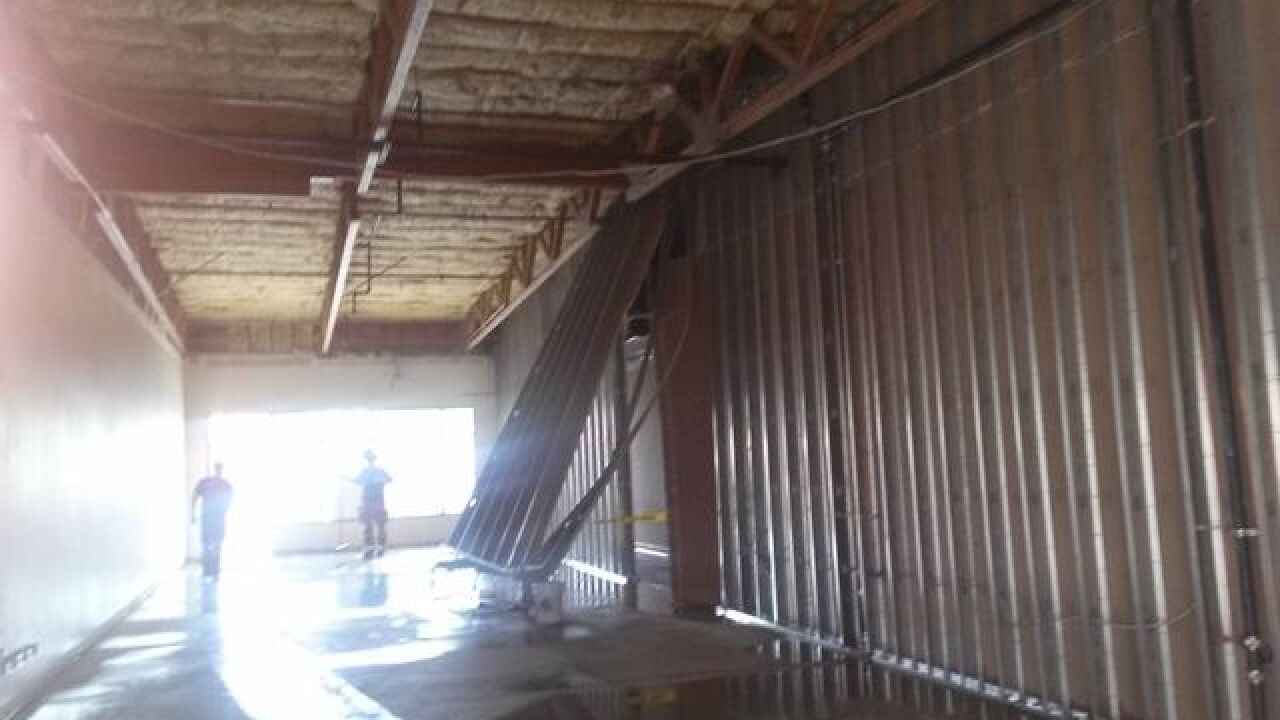 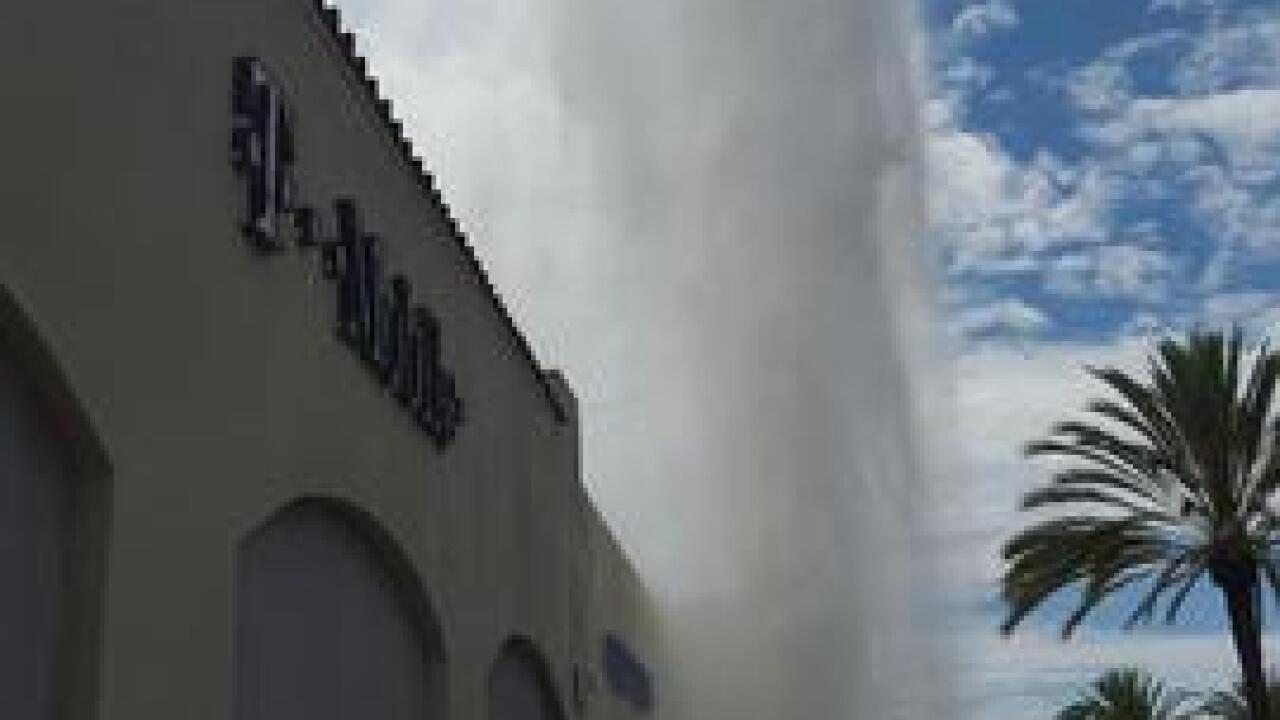 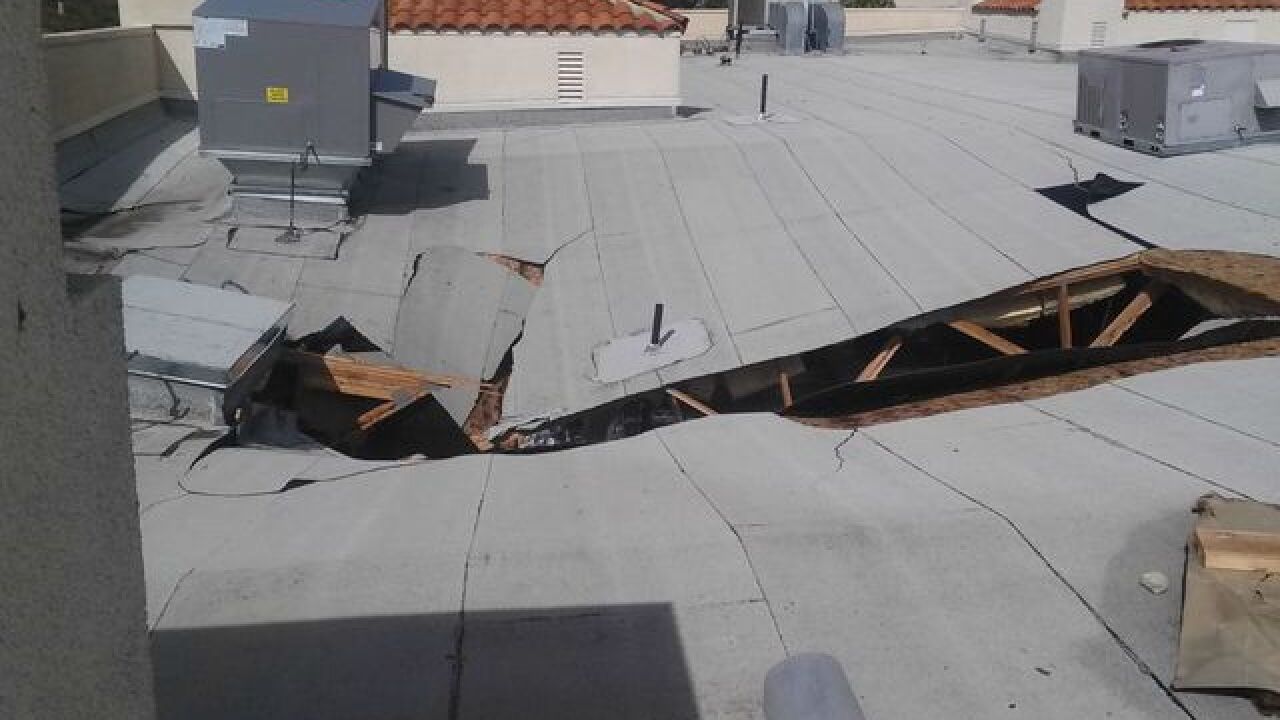 By: City News Service
Posted at 4:44 PM, Sep 13, 2015
SAN DIEGO (CNS) - Oceanside police are on the hunt for a hit-and-run driver who ran over a fire hydrant on Saturday, causing damage at the El Camino North Shopping Center.
The crash occurred at around 1:10 p.m., at Vista Way and Avocado Road.
Lt. Matt Cole said the crash created a geyser of water that fell on nearby businesses in the 2100 block of Vista Way.
The water damaged rooftops and some even collapsed, Cole said, prompting the evacuation of businesses in the center.
According to Cole, police did not have any witnesses. They are looking for the driver, who is described as a Hispanic woman with thin, long brown hair. She was driving a small, black four-door similar to a Prius.