Fourteen local properties from Hilton brands will participate in the event from 12 p.m. to 3 p.m. at the Hilton San Diego Bayfront.

The event is part of an initiative to combat unemployment rates for veterans and military spouses, the company said.

The hospitality company said it designed Operation: Opportunity to target the unique challenges military families face while looking for jobs: spouses after relocating, and veterans after returning from service.

RELATED: Trump signs executive order to make it easier for military spouses to get jobs

Trump said he hoped the executive action would encourage private-sector businesses to follow suit in their hiring practices. 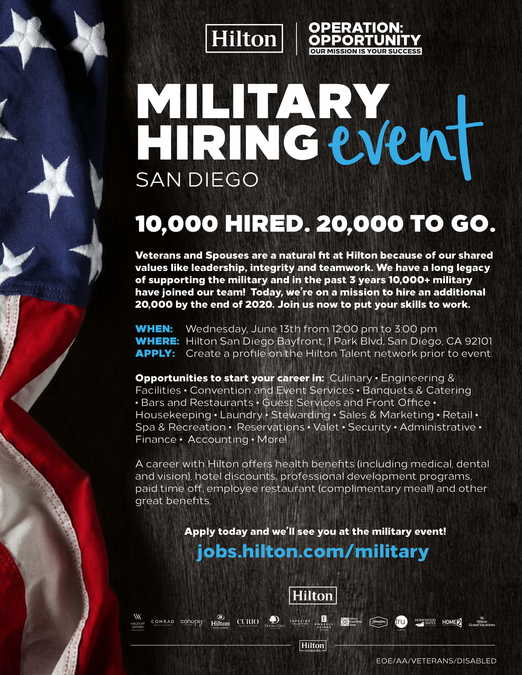