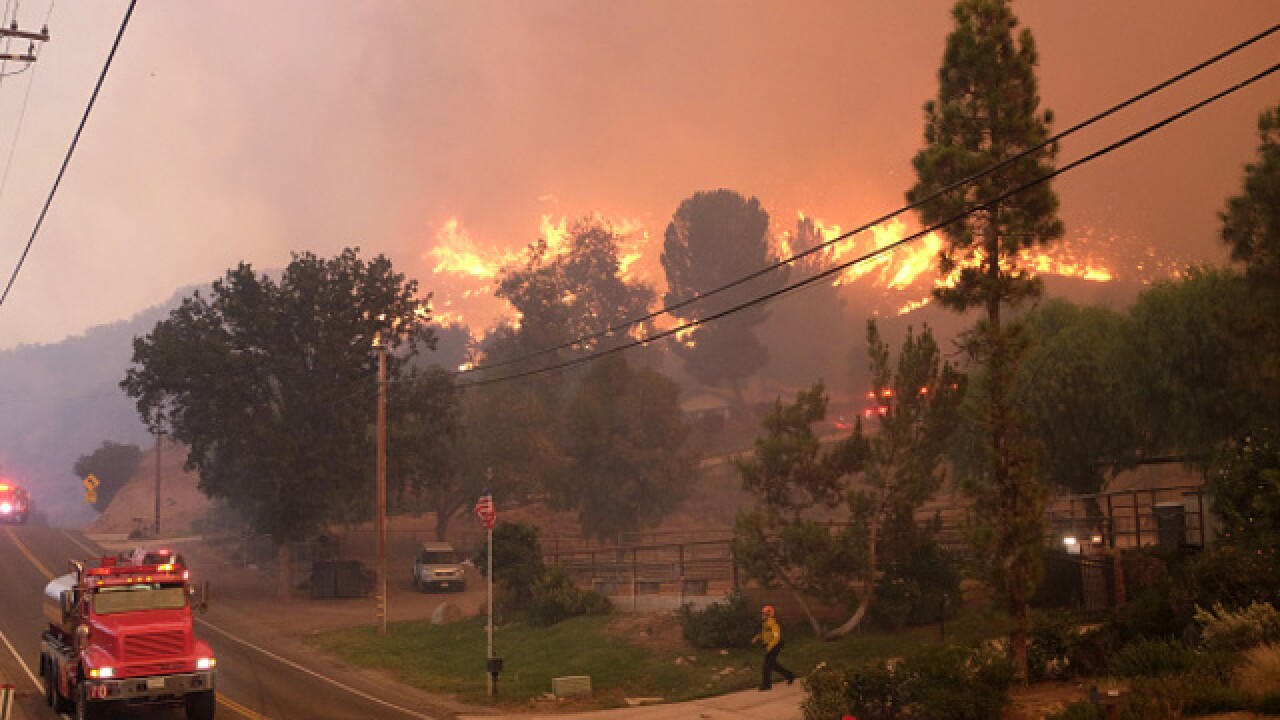 Copyright 2018 Scripps Media, Inc. All rights reserved. This material may not be published, broadcast, rewritten, or redistributed.
Matthew Simmons
AGOURA HILLS , CA - NOVEMBER 09: Firefighters from various departments work to protect structures as the Woolsey Fire moves through the property on Cornell Road near Paramount Ranch on November 9, 2018 in Agoura Hills, California. About 75,000 homes have been evacuated in Los Angeles and Ventura counties due to two fires in the region. (Photo by Matthew Simmons/Getty Images)

INTERACTIVE MAP: See where the Hill Fire is burning in Ventura County

The blaze has burned more than 4,500 acres and contained to 70 percent as of Sunday morning. On Friday, crews had estimated the fire to have burned about 6,100 acres.

While low humidity and high winds have made fighting the nearby Woolsey Fire difficult, crews Friday encountered minimal active fire activity with the Hill Fire, according to the Ventura County Fire Department.

At least one firefighter has been injured fighting the fire, and several hundred structures have been threatened. Surprisingly, no structures have reportedly been destroyed.

The fire is burning in a south-southwest direction, VCFD said. About 800 personnel have been assigned to the Hill Fire.