'Wicked awesome' waves at the coast 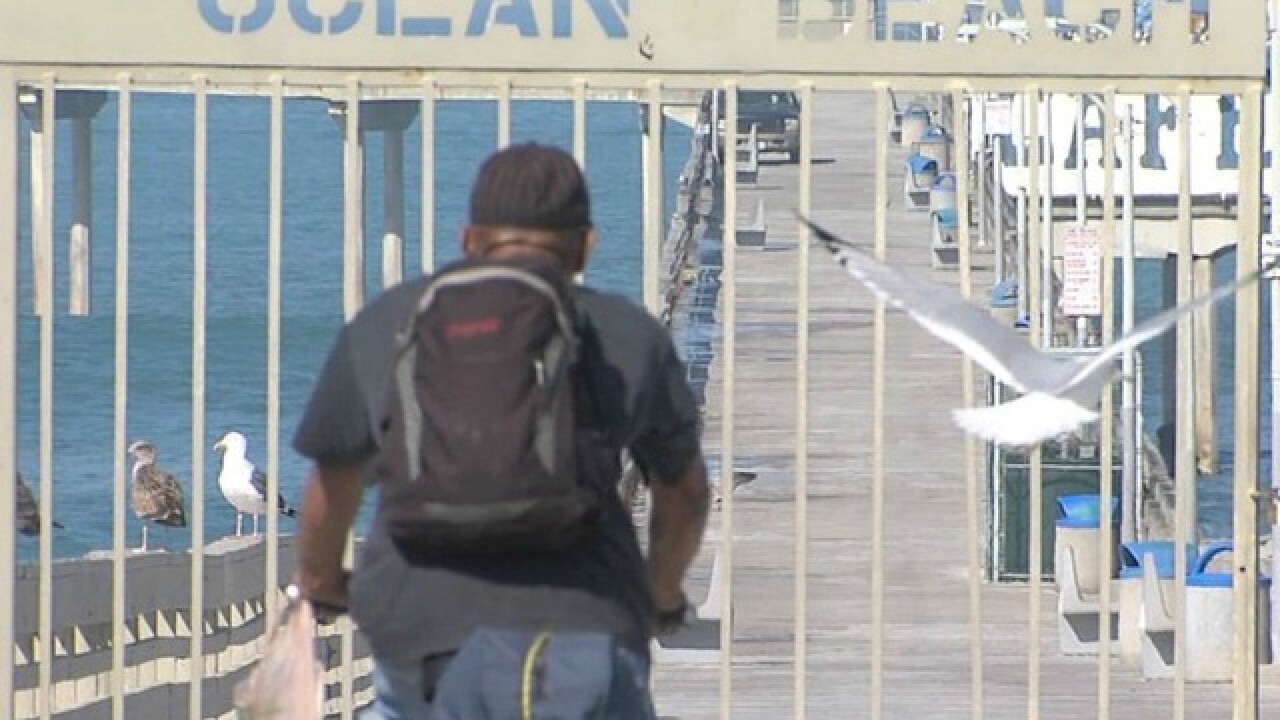 SAN DIEGO -- If you're headed to the beaches this weekend, be aware there is a High Surf Advisory in effect through 8 p.m. Sunday.
The Ocean Beach pier is closed -- waves on Saturday were expected to be between 4 to 9 feet with sets of 8 to 9 feet possible. The surf is expected to lower slightly on Sunday.
The largest surf, along with strong rip currents, is expected south of Del Mar. FULL FORECAST