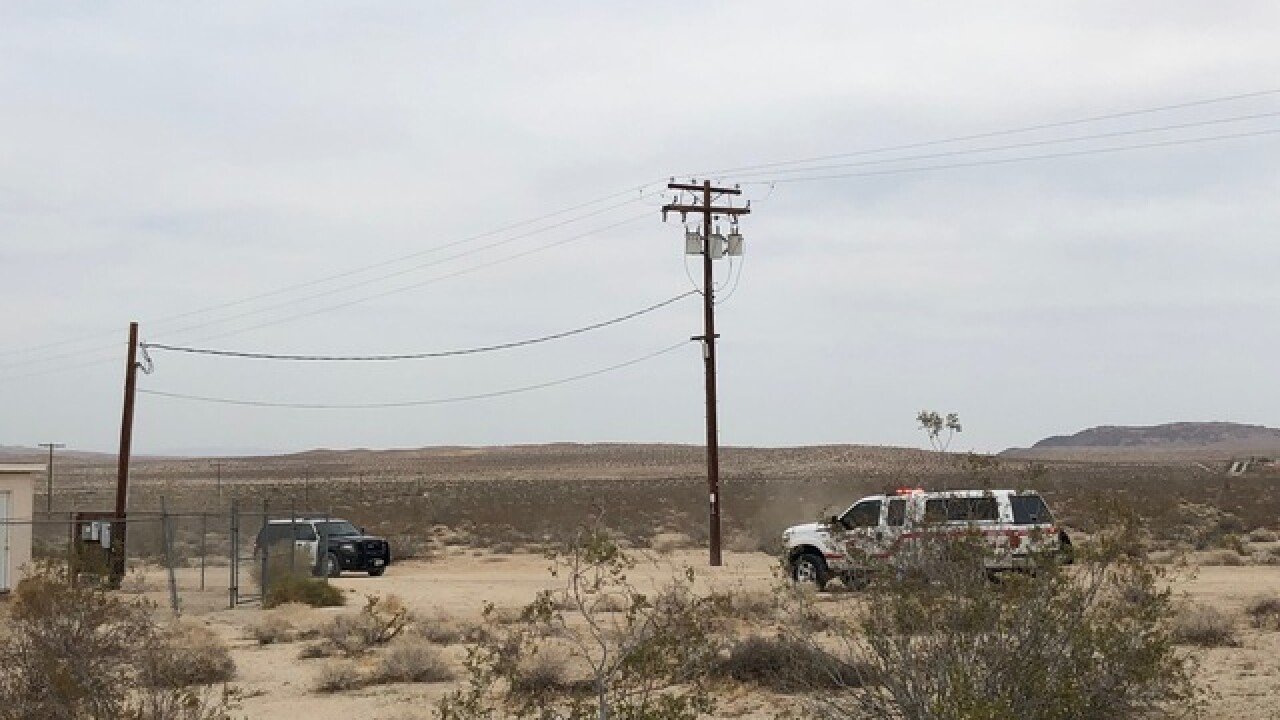 Copyright 2018 Scripps Media, Inc. All rights reserved. This material may not be published, broadcast, rewritten, or redistributed.
Jolene Nacapuy, The Borrego Sun 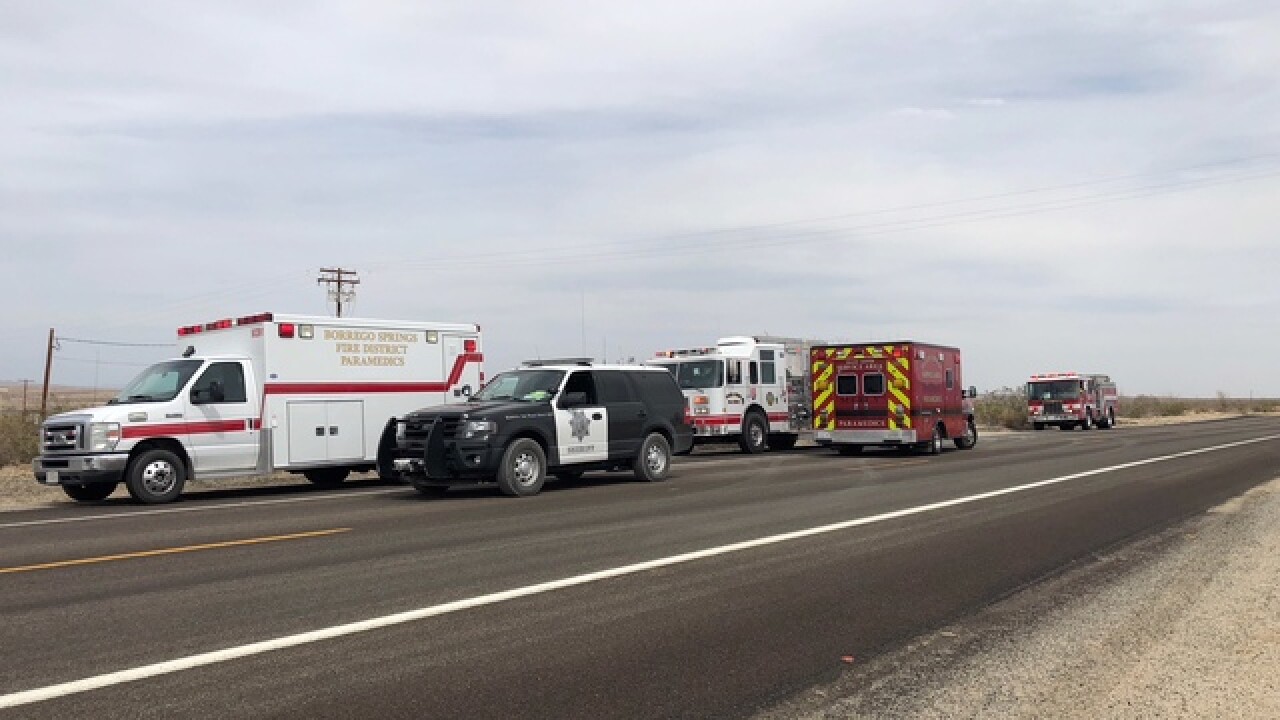 Four people were on board the Robinson R-44 helicopter when it went down about 1:30 p.m., according to the San Diego Sheriff’s Office.

Three people were treated at the scene, according to The Borrego Sun. Deputies said they had minor injuries.

The helicopter is registered to Big Blue Corp of Las Vegas. 10News is working to confirm that it may have been operated by Big Blue Air, a tour company based in Palm Springs. A company representative had no immediate comment on the landing.

The helicopter landed in rough terrain near Inspiration Wash, officials said. The area is accessible to 4WD vehicles via dirt track. Temperatures are in the high 70s.

The FAA and NTSB will investigate the landing.