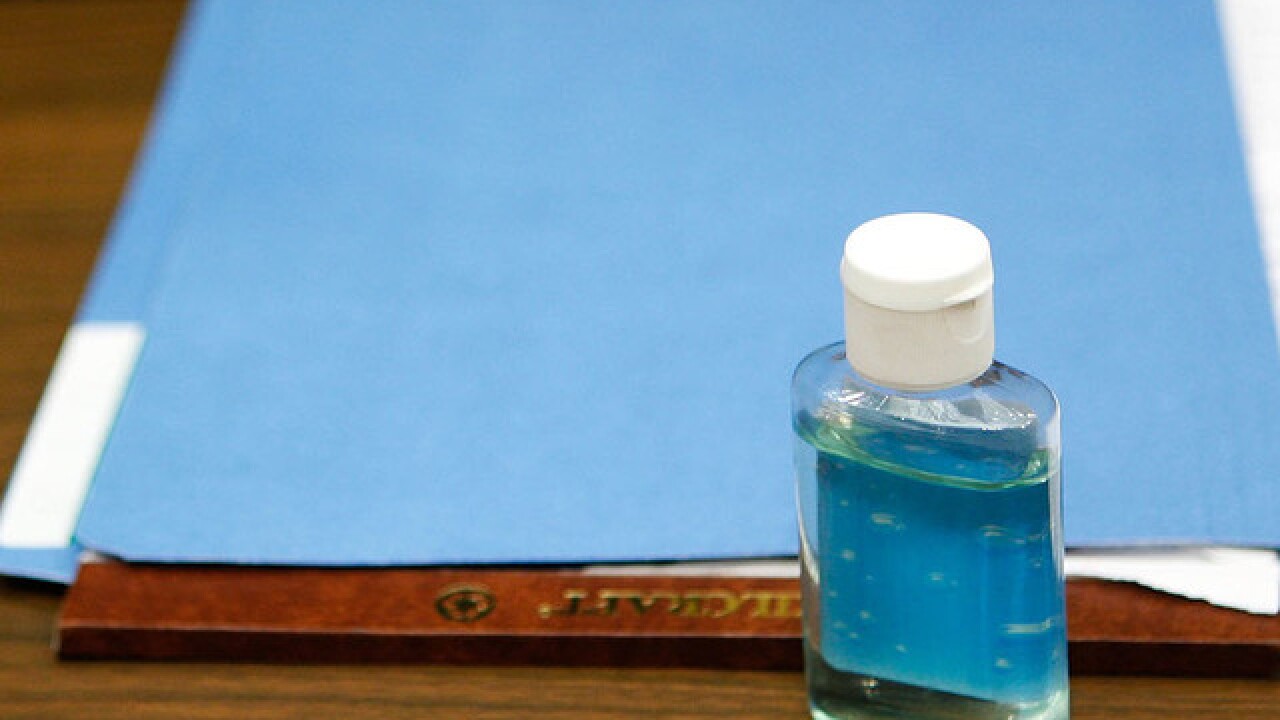 Young children inevitably have a lot of runny noses and sore throats, but how they clean their hands could cut back on how often they miss day care, according to a study published Monday in the journal Pediatrics.

Researchers in Spain found that children who cleaned their hands with sanitizer instead of soap and water reduced their missed days of school, respiratory infections and antibiotic prescriptions.

Researchers studied 911 children up to age 3 who attended 24 day care centers in Almería, Spain. They split the children, their families and their day care centers into three groups: One group used hand sanitizer to clean hands, and one used soap and water, both with strict protocols about hygiene. A third, the control group, followed its usual hand-washing routines.

All three groups attended hand hygiene workshops before the study began. But the hand sanitizer and soap-and-water groups attended follow-up sessions about respiratory infections and fevers and received documentation about hand hygiene. They were given hygiene protocols including washing hands before and after lunch, as they arrived home and after coughing, sneezing or blowing their noses, the study said.

There was a 23 percent reduction in respiratory infections among the students using hand sanitizer compared with those in the control group.

"I think that the main contribution of this paper is its focus on really young children in day care," said Dr. Don Goldmann, chief medical and scientific officer emeritus at the Institute of Healthcare Improvement. "I think this does build on previous literature to support the notion that you can reduce the spread of respiratory tract infections in really young kids if you use alcohol hand sanitizer."

Goldmann, who was not involved in the new research, said the study lacked details about steps taken to implement the program, both in day care centers and in homes.

"If you were in the Bronx in New York and wanted to implement this program, you probably would need to contact the investigators to understand the specifics of what they did and how they did it," said Goldmann, who is also a part-time professor of pediatrics at Harvard Medical School.

Janet Haas, director of epidemiology at Lenox Hill Hospital in New York, said the different techniques used by the participants are important. Haas, president of the Association for Professionals in Infection Control and Epidemiology, was not involved in the study.

"Hand-washing being a way to prevent infections is not new news anymore, for sure," she said. "We know a lot about the fact that it works. We are paying more attention now to the fact that it's not just washing your hands but how you wash your hands."

The U.S. Centers for Disease Control and Prevention suggests scrubbing hands for at least 20 seconds when you wash -- "Hum the 'Happy Birthday' song from beginning to end twice," it says -- after wetting hands with running water and applying soap. It suggests lathering the backs of hands, between fingers and under nails. A person should wash their hands before eating food and after blowing their nose, coughing or sneezing, it said.

For hand sanitizer, the CDC suggests applying product to one hand and rubbing it all over surfaces of hands and fingers until they're dry. The CDC notes that "hand sanitizers are not as effective when hands are visibly dirty or greasy,"

"There is a place for alcohol hand sanitizers, and the public may not be aware of how effective they can be," Haas said. "I think people still think of them as 'if you can't get to a sink, this is second best,' but in this study, it showed that it was better than the soap and water hand-washing for this group."

Although the research was conducted in Spain, Haas believes that the findings are applicable in other locations, as most developed countries face the same issues in regard to the spreading of germs.

However, regardless of all the benefits of hand sanitizer, both Haas and Goldmann noted that safety needs to be considered when using it around children this young.

"They have to be used with supervision," Haas said, "because the caveat here is that you can't have little kids putting that in their mouth and possibly getting alcohol intoxication."