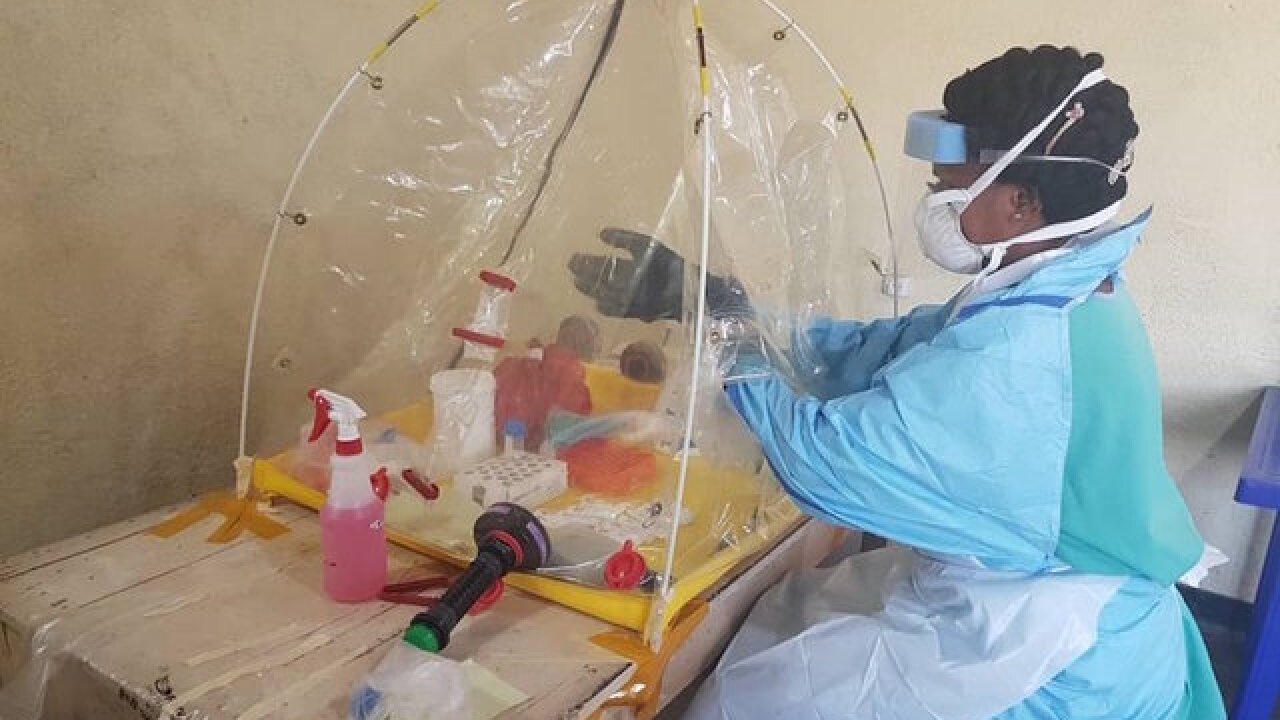 The Ebola outbreak in the Democratic Republic of Congo's North Kivu province claimed more lives as the country's Health Ministry announced on Thursday a new death in the city of Mabalako.

At least 37 people have died so far in this latest outbreak, the 10th for country.

Ebola cases have also been reported in the towns of Beni, Butembo, Oicha, Musienene and Mandima, according to Congo's Health Ministry.

A total of 44 cases of hemorrhagic fever have been reported in the region, of which 17 are confirmed and 27 are probable, the ministry said in a statement Thursday. An additional 54 suspected cases are under investigation, the ministry said.

On Tuesday, the World Health Organization confirmed that the latest cases in Congo's North Kivu province are part of the Zaire strain of the virus and that there is no link to a separate outbreak, which occurred in the western Equateur province that has since been declared over.

"It's good news and it's very bad news," WHO Deputy Director-General for Emergency Preparedness and Response Peter Salama told journalists in Geneva, after the new cases were first confirmed.

"The bad news is that this strain of Ebola carries with it the highest case-fatality-rate of any of the strains of Ebola, anywhere above 50% and higher, according to previous outbreaks," he said. "So, it's the most-deadly variant of the Ebola virus strains that we have, that's the bad news. The good news is that we do have -- although it's still an investigational product -- a safe and effective vaccine, that we were able to deploy last time around."

According to WHO, this outbreak, which is in an active conflict zone, will be more complicated to contain than any that came before.

Experts believe an experimental vaccine, known as rVSV-ZEBOV, made a difference in containing the earlier outbreak and vaccinations are under way in North Kivu, WHO said. A total of 3,220 doses of the vaccine are currently available in Congo and supplementary doses have been requested, WHO said.

First line health workers, who had been in contact with people who were confirmed cases of Ebola, were the first to be vaccinated, WHO said.

"Vaccines are an important tool in the fight against Ebola," Congo's Health Minister, Oly Ilunga, said on Wednesday. "This is why it has been a priority to move them rapidly into place to begin protecting our health workers and the affected population."

North Kivu province is among Congo's most populated provinces, with eight million inhabitants, according to WHO and UN. Its capital is the city of Goma. The region has been experiencing intense insecurity and a worsening humanitarian crisis, with over one million internally displaced people and a continuous outflow of refugees to neighboring countries, including Uganda, Burundi and Tanzania.

WHO is working with partners in the local communities to provide information to residents on how to protect themselves from the deadly virus and answer their questions -- steps that are crucial to control an outbreak, said WHO.

Congo's Health Ministry announced on August 1 that a cluster of new Ebola cases have been confirmed, just days after it declared an outbreak in Equateur province that claimed 33 lives had ended. That outbreak was the ninth recorded outbreak that Congo has seen since the virus was first discovered in 1976.

The longstanding conflict in eastern Congo presents a number of challenges for the medical teams as they try to contain the deadly virus.

Thousands in the region have been displaced by fighting between rebel groups and government forces.

People fleeing violence and crossing the border into neighboring countries, taking the infection with them, pose additional risks, said Salama, adding that measures at crossing points are being implemented.

"It's going to be a very, very complex operation," Salama told journalists in Geneva on Friday.

"On the scale of difficulty, trying to extinguish a deadly outbreak pathogen in a war zone" is at the top of the scale, he said, according to a UN transcript.

The main challenges during the previous Ebola outbreak in Equateur province involved tracing anyone who had come into contact with suspected carriers of the disease. WHO staff had to travel hundreds of miles on a motorbike to do this work, said Salama.

Containing the deadly virus amid the high level of insecurity in the Kivus could prove to be even more challenging, as getting access to people in danger of contracting Ebola would, in some cases, require an armed escort, he added.