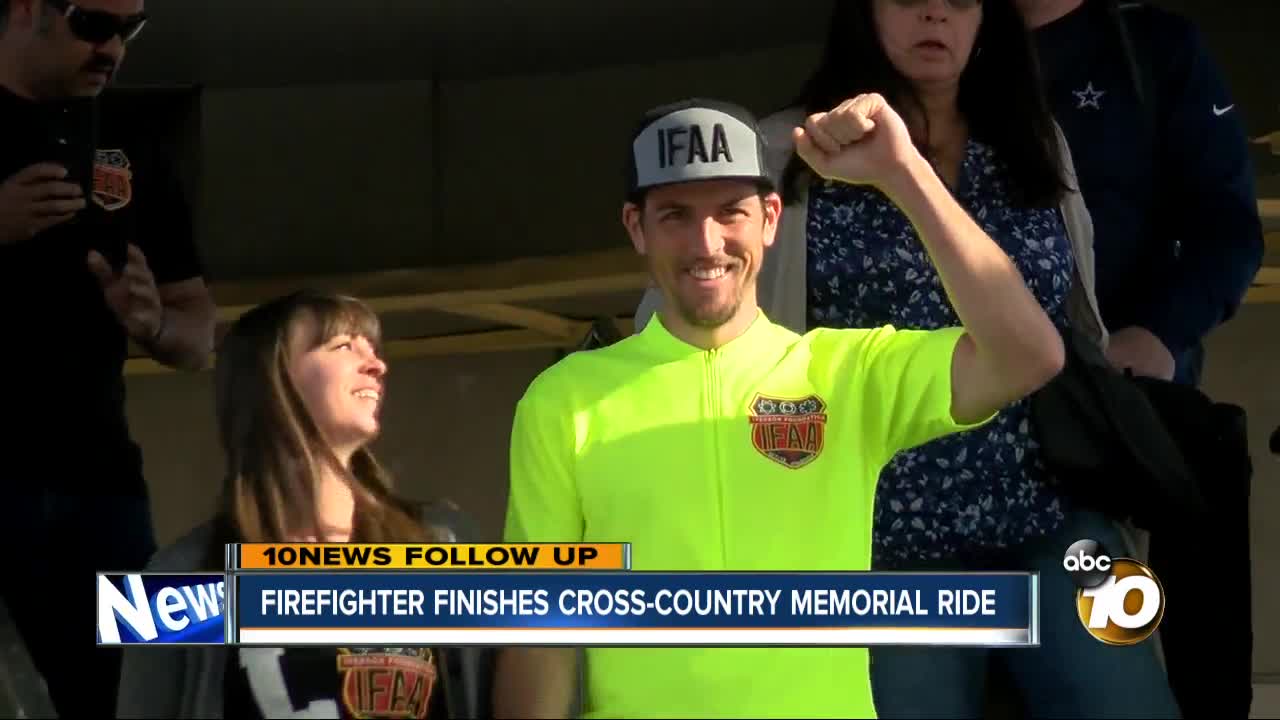 After riding his bike from Imperial Beach to Jacksonville, Florida, as part of a fundraising effort, Thomas Pittman returned to San Diego. 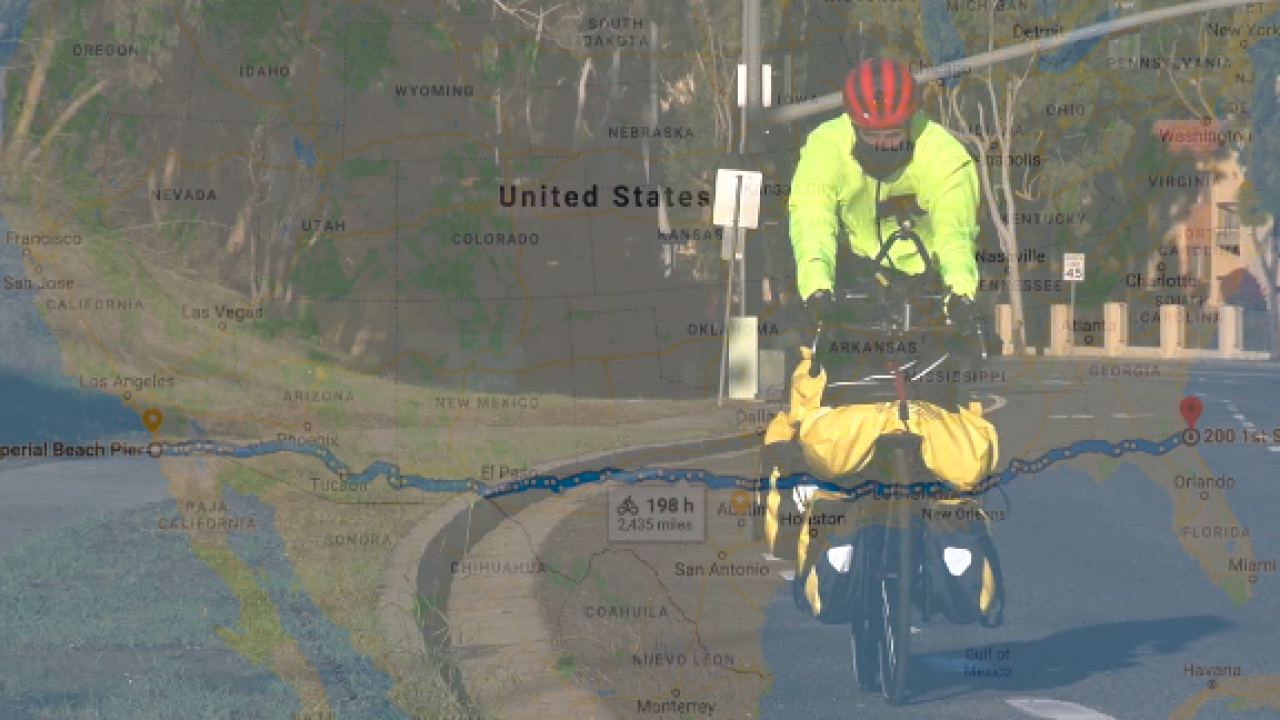 “Finishing at the end, I was not prepared for it, the emotion, I didn’t have words to speak, even now it’s hard," said Pitman after returning to San Diego.

Throughout the 36 day trek, he raised money for the Iverson Foundation for Active Awareness (IFAA).

The foundation was started by Cory's wife, Ashley, to provide peer support and mental health programs for emergency first responders.

Pitman described his friend and colleague as a phenomenal human being, the best type of friend you could want, and a great family man.

“I used his inspiration, his motivation, his drive, every day that pushed me, one day at a time.”

Pitman says he was surprised and humbled by the outpouring of support along the trip.

Pitman returned to San Diego with a warm welcome, his fire family and loved ones greeting him at the San Diego Airport.

You can still donate here.