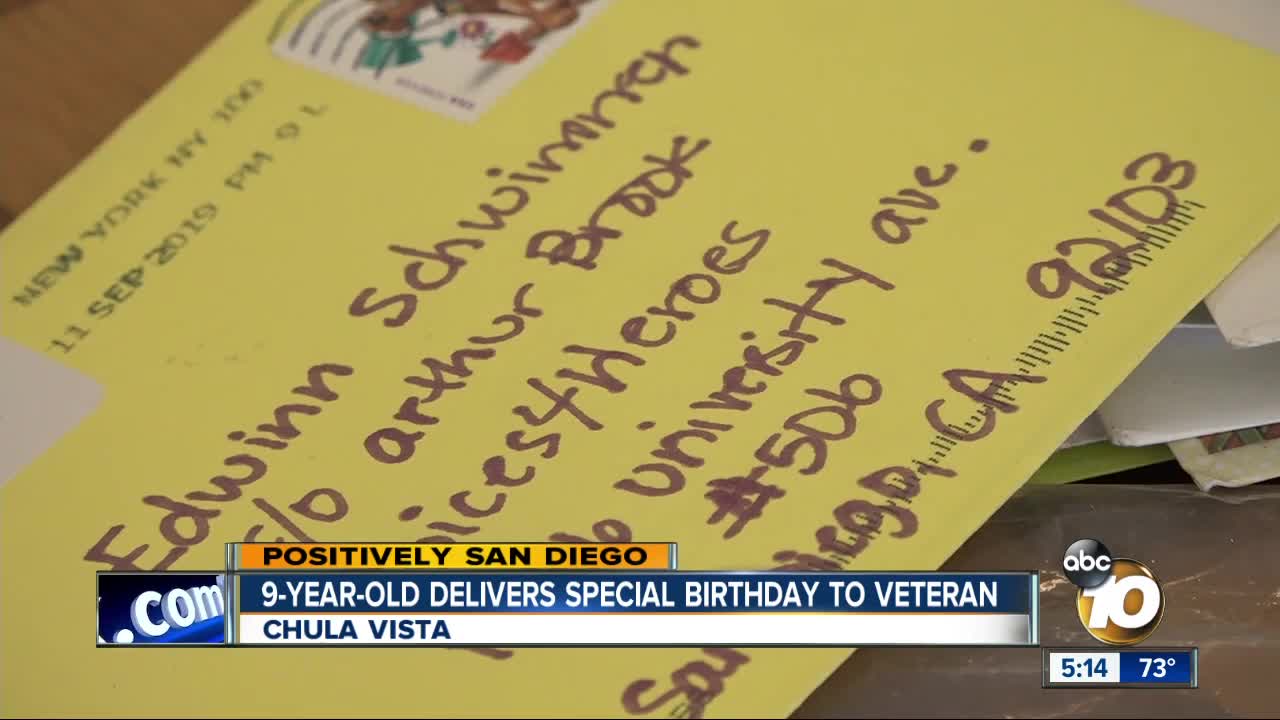 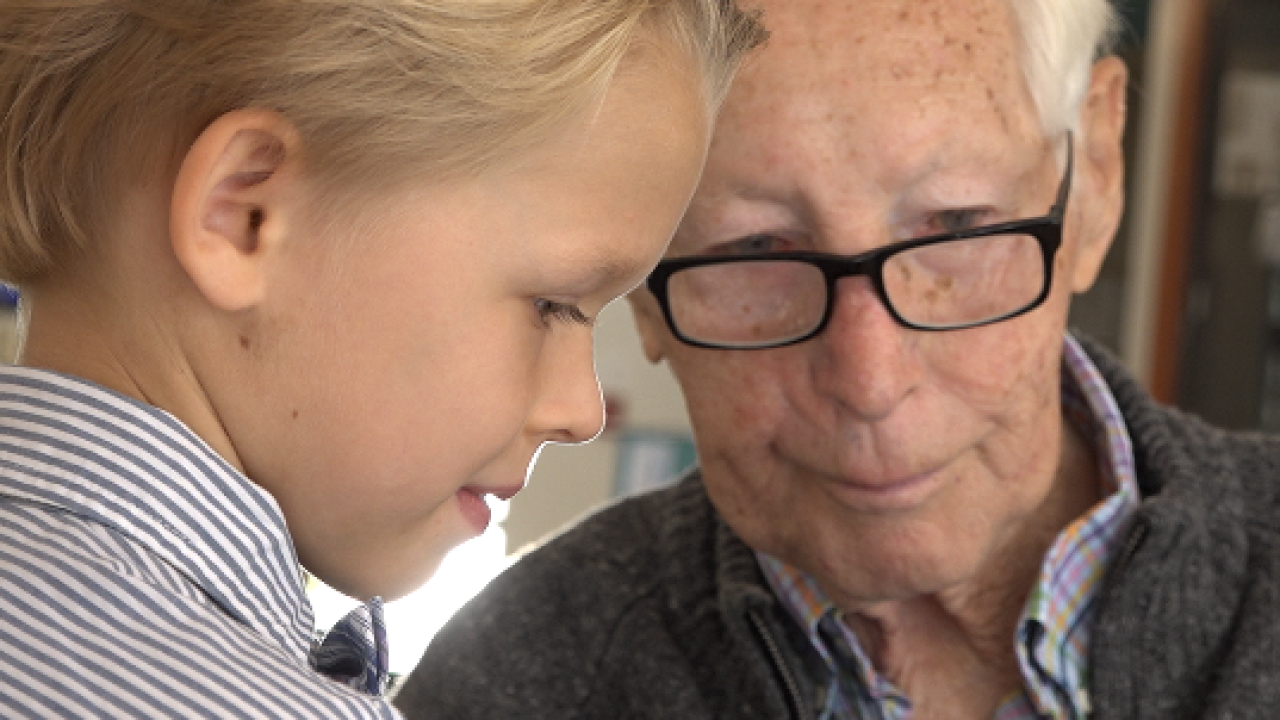 SAN DIEGO (KGTV) - A Chula Vista World War II veteran celebrated the 100th birthday of a lifetime, with help from hundreds of strangers.

The celebration was made possible through Arthur Brook, a 9-year-old dedicated to preserving the stories of WWII veterans. He's been interviewing veterans living at the Veterans Home of California, Chula Vista

"Since they were at least in their 90's, to be registered in the military during WWII, they wouldn't be here for much longer," said Arthur.

When Arthur learned Army veteran Edwin Schwimmer was turning 100 in September, he wanted to give him a special gift.

"We quickly made a decision to make it the most special birthday in a long time!" the 9-year-old added.

Arthur put out a call requesting birthday cards and received hundreds from around the country.

"So many people thought to send him cards, I just wanted to thank them all, who sent cards to Edwin Schwimmer to thank him for his service to our country," said Arthur.

Schwimmer was stunned at the number of people who took the time to write him a letter.

Arthur says he'll continue his mission to interview as many WWII veterans as possible.