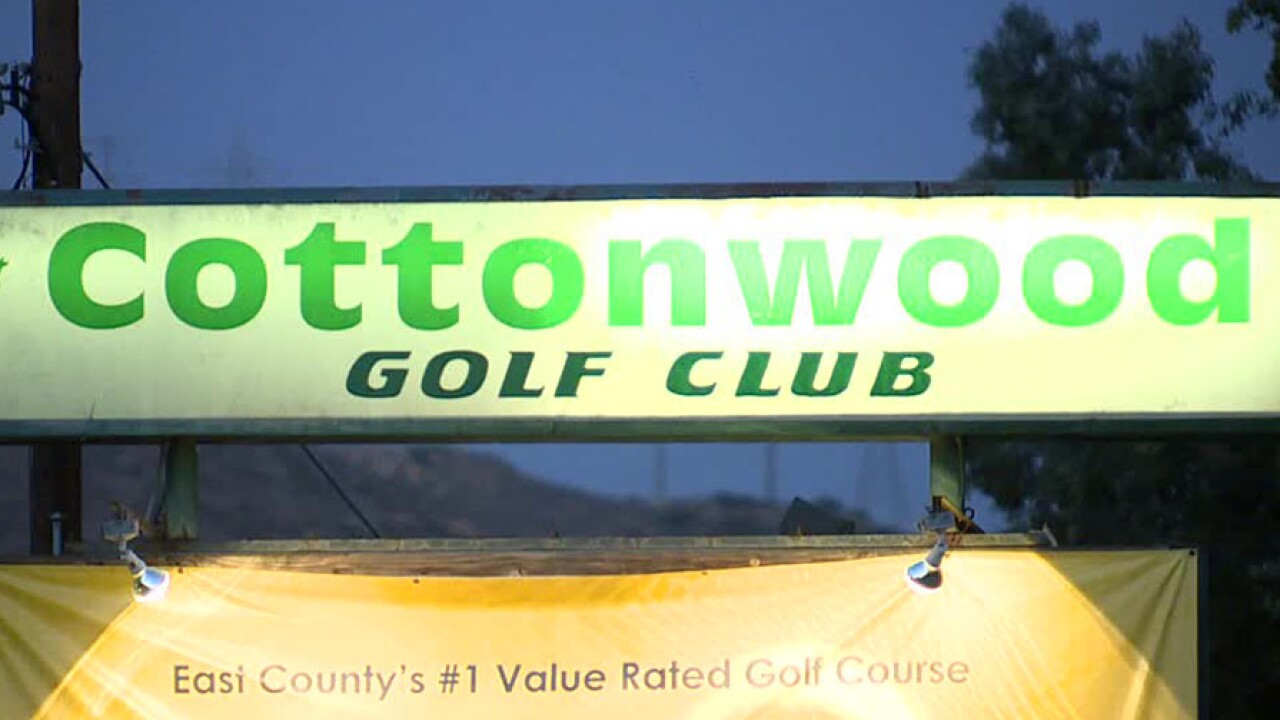 EL CAJON, Calif. (KGTV) - More than a hundred people packed a meeting room at the Rancho San Diego Library Wednesday night to stop a sand mine from coming into their neighborhood.

The community meeting was held by Stop Cottonwood Sand Mine, a community group fighting a stop a plan to mine sand from the Cottonwood Golf Club property.

Developers submitted the 10-year plan to the County, just a few days ago and still has a long way to go before approval.  Opponents, comprised mainly of homeowner living near the golf course, raised health, environmental and traffic concerns at Wednesday’s meeting.

RELATED: Owner of Cottonwood Golf Club in El Cajon wants to turn it into a sand mine

They’re also organizing a petition drive to fight the sand mine from coming into their neighborhood.

“I know you’re going to hear a lot of not in my backyard type of thing, but this just isn’t the place for a sand mine,” said Susan Shaddox, who lives near the golf course. "It really isn’t."

“I can't imagine all those trucks going in and out,” she said.

Jon Cloud, a consultant, working with the developer, attended the meeting and defended the project.  He said it would be a better asset to the community than the currently struggling Cottonwood Golf Course.

“Right now they’re just fighting a windmill, and they don’t know what the windmill is. They just don’t want change,” Cloud said.

“At the max, it's going to be 8 to 9 truckloads an hour,” he said of the traffic expected in the neighborhoods.

He also said that while 230 acres are up for sand mining, they won’t be used all at once, instead be mined in small sections.

“There probably won’t be more than 25 acres disturbed at one time,” Cloud said.

Studies are being conducted to look at factors like traffic, environment, and design. Those are expected to be released in the next few weeks.