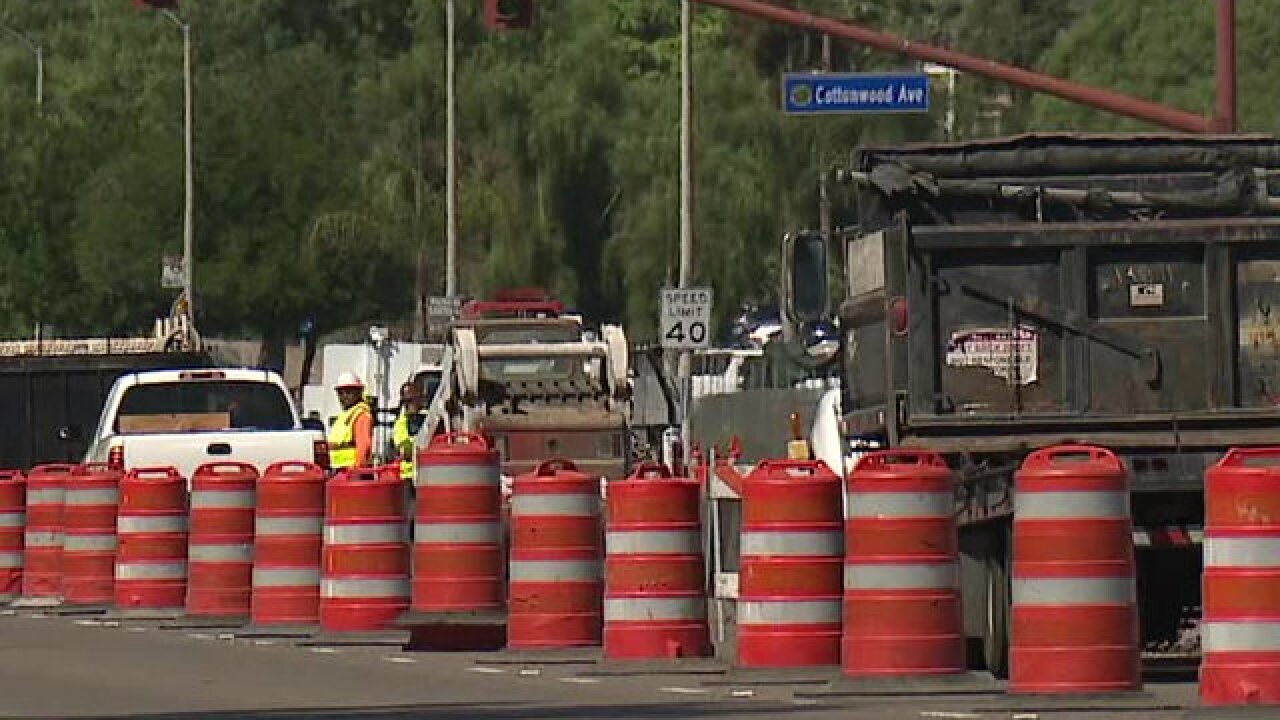 A worker with a private contractor inadvertently ruptured a 1-inch- diameter utility pipeline about 10 a.m. while digging in front of a home at Cottonwood Avenue and Mission Gorge Road in Santee, according to San Diego Gas & Electric.

Deputies shut down traffic lanes at the road crossing, as well as along nearby Buena Vista Avenue and Cottonwood Avenue, sheriff's Lt. Amber Baggs said.

Officials evacuated a single home close to the broken line as utility personnel worked to get the leak under control, a process that took about an hour, SDG&E spokesman Joe Britton said.

To prevent such mishaps, SDG&E officials urge anyone planning excavation work in the county to first notify the utility company, which sends personnel to mark the location of underground gas lines, Britton noted. Those wishing to take advantage of the free service are asked to call 811.

Citizens are being told to stay away from the immediate area.