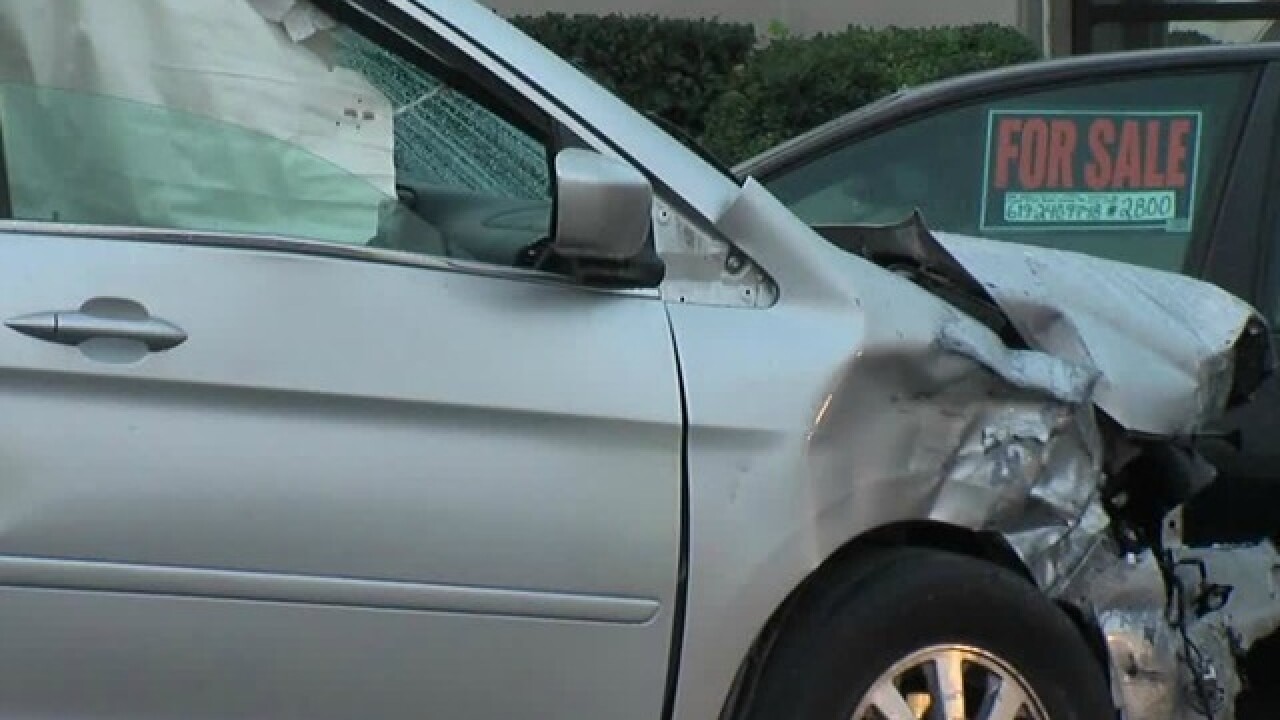 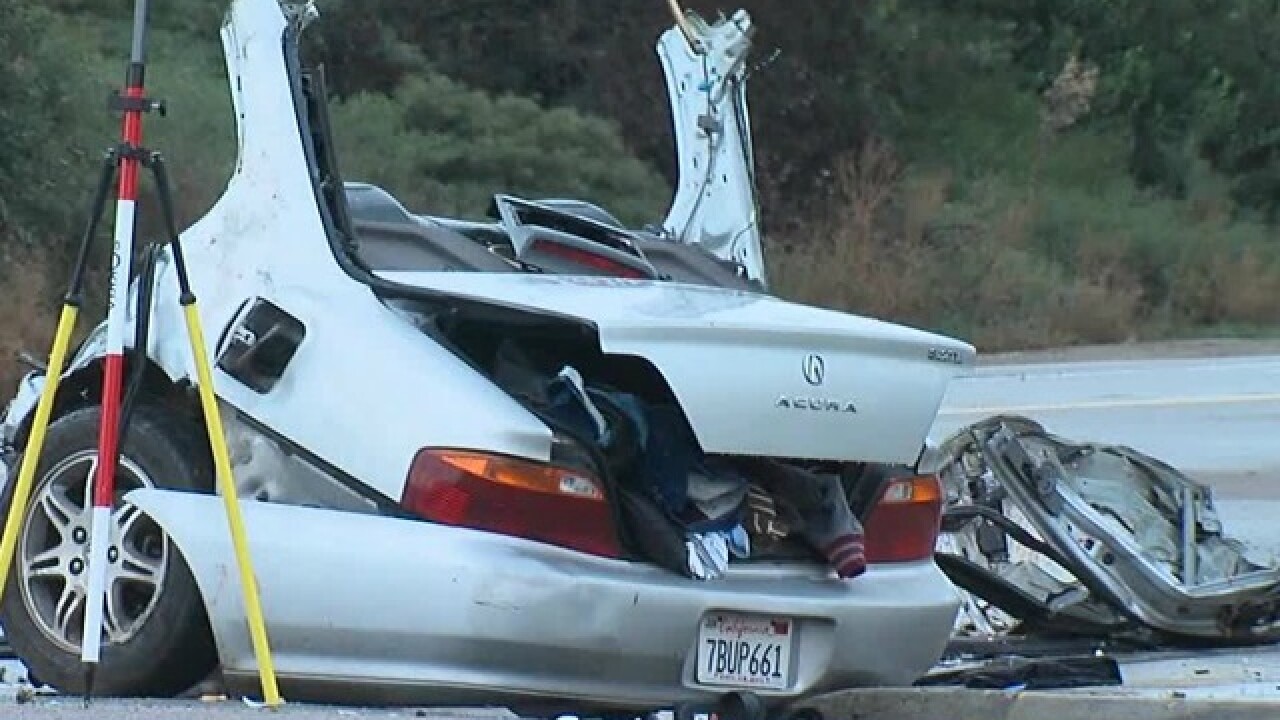 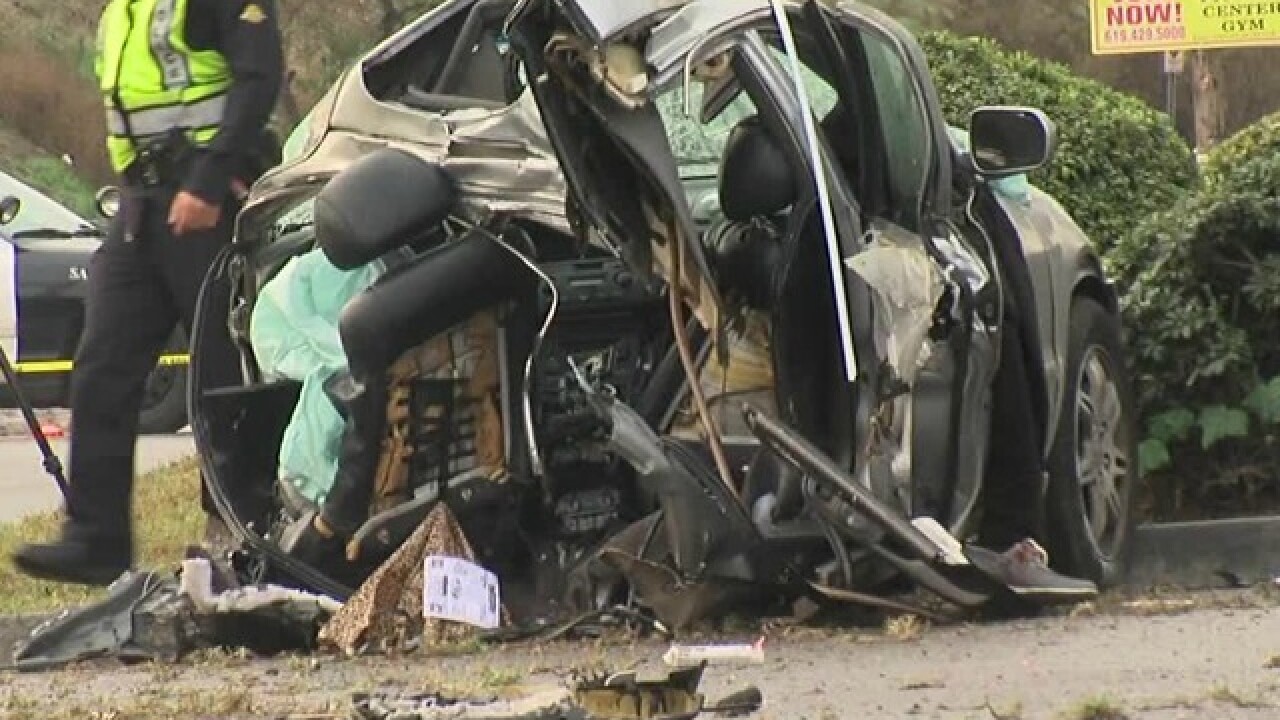 A motorist in a speeding Acura ran a red light Sunday in the Palm City community of San Diego and crashed into a van, killing four people inside his car and critically injuring another person.

The crash in the area of Industrial Boulevard and Main Street occurred about 2 a.m., said Sgt. Ray Battrick of the San Diego Police Department.

The Acura was speeding southbound on Industrial Boulevard when it ran a red light at Main Street and struck a westbound Honda Odyssey van occupied by five people, Battrick said. The Acura continued and hit a traffic signal pole, breaking it.

Friends say the group in the Acura had just left a party minutes before the crash.

"We were chillin' right there, he said 'I'm gonna be right back, going to the store,' not even 13 seconds a big crash," Tee Johnson said.

Two people in the minivan went to the hospital to get checked out.

Friends and family identified the driver killed as Cesar Ortiz.

His passenger, Karla Chavez and two others died at the hospital.

The fifth passenger, Ishmael Franco, is in critical condition.

"They're friends from a long time almost like family and it's an upset. We still got one survivor and luckily he was wearing his seatbelt," Cesar Fimbres said.

Friends laid candles, at the site of the crash.

Those who knew the four people killed say it was a tragedy that should have never happened.

"An upset, upset. I got kids, I just feel for the families of the lost ones," Fimbres said.

Those who knew the victims said the group had been drinking at a party before the crash.

Police have not said whether drugs or alcohol play a factor.