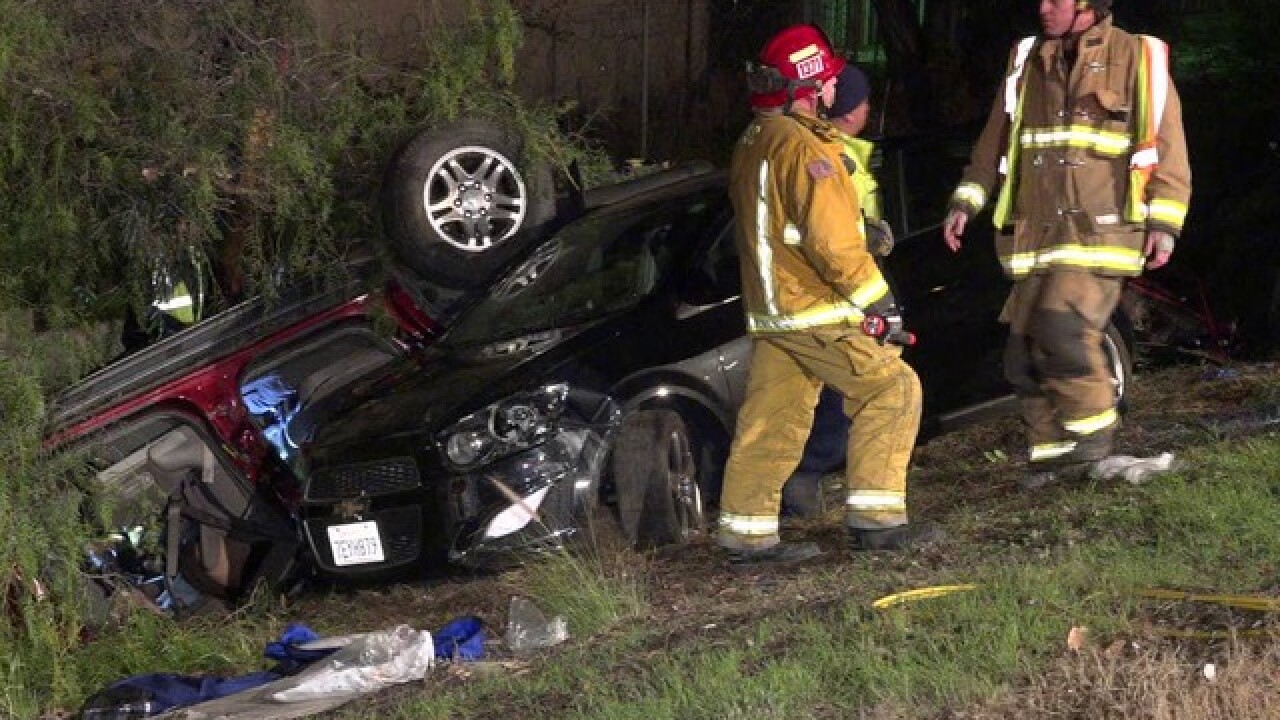 By: 10News Digital Team, Matt Mendes
Posted at 5:08 AM, Dec 21, 2015
ESCONDIDO – Four people were killed and three more hurt after an SUV and car collided on State Route 78 in Escondido late Sunday night and went down an embankment.
The deceased victims included a young boy, a teenage girl and two women. One driver was arrested.
A little after 10:30 p.m., a Chevrolet Sonic carrying one person and Toyota Sequoia with seven occupants were both headed east on SR-78 near Nordahl Road.
The driver of the Sonic told California Highway Patrol that he attempted to change lanes when he noticed the Sequoia in his path. Both drivers swerved to avoid each other, but collided and went off the shoulder and down an embankment.
Of the seven people in the Sequoia, four were killed. Three more women were taken to area hospitals with unknown injuries. All the occupants were from the Loma Linda area. No names were released.
The driver of the Sonic, a man from Fallbrook, was not hurt. He was arrested on vehicular manslaughter charges.
As of 5:15 a.m. Monday, two lanes of SR-78 east remained closed as CHP investigated the scene.
It was not immediately known if speed, drugs or alcohol played a role in the crash.
Scripps Only Content 2015