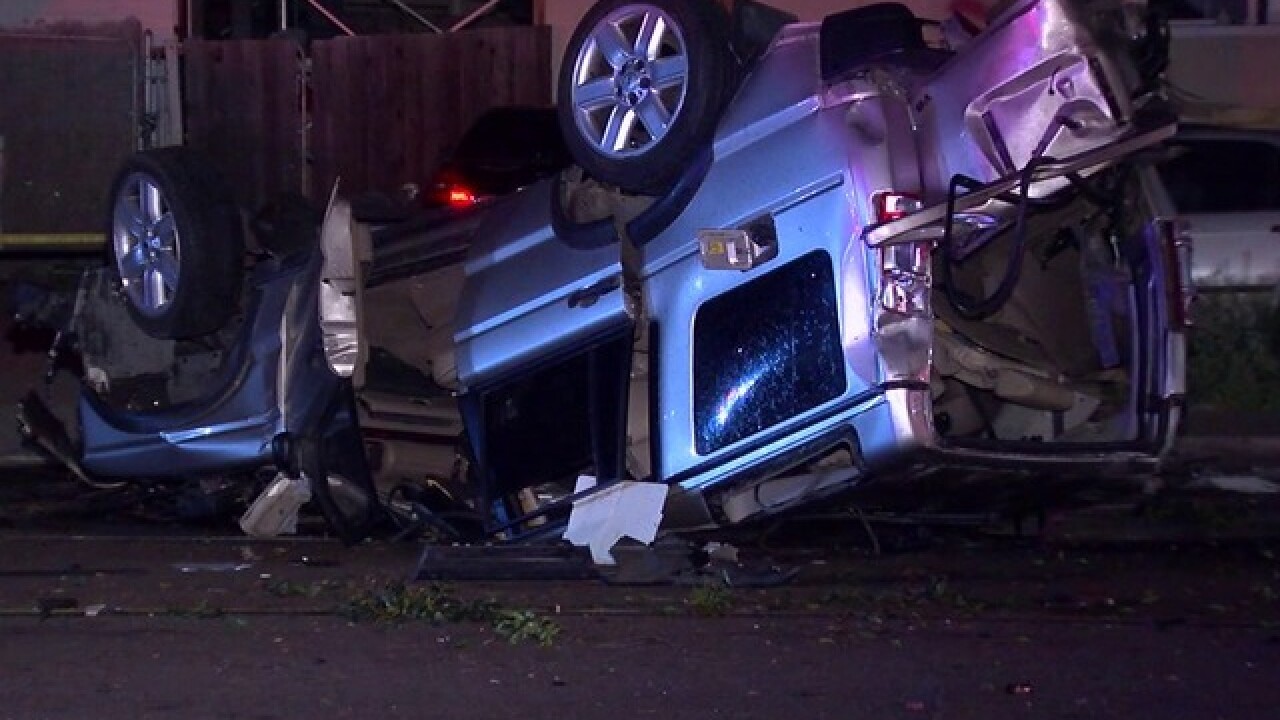 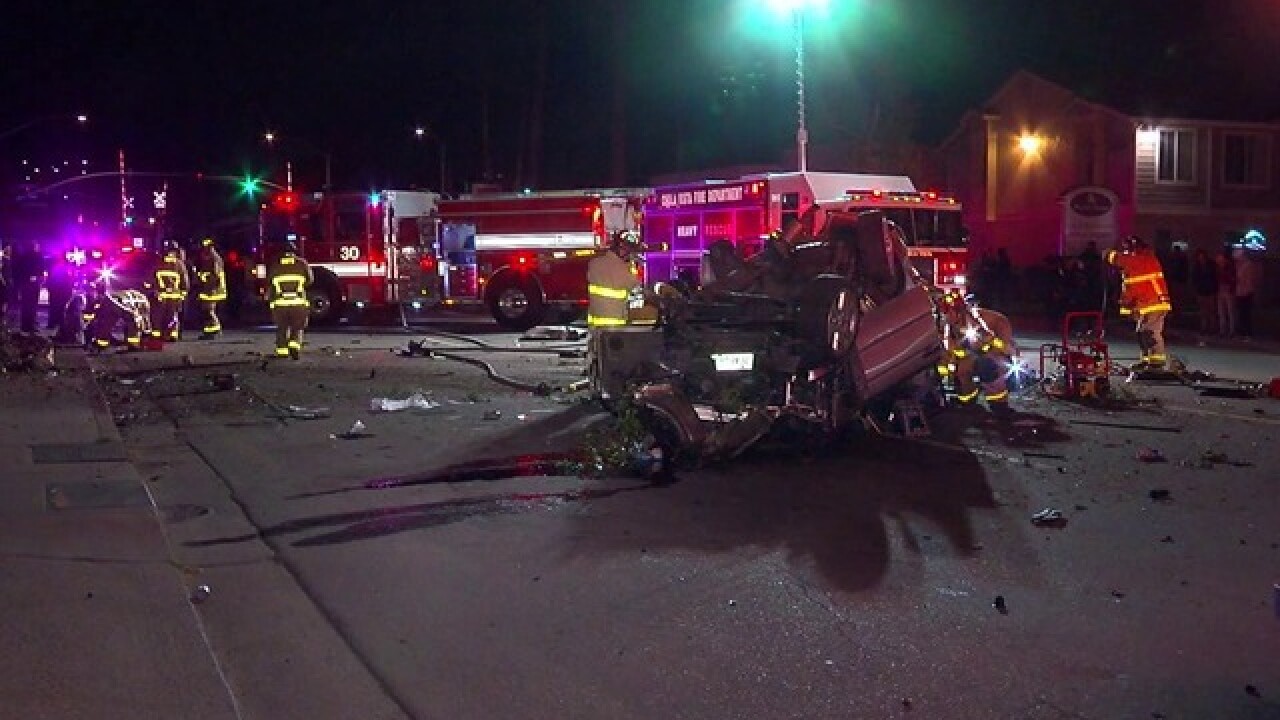 By: 10News Digital Team, City News Service
Posted at 5:29 AM, Mar 25, 2016
SAN DIEGO -- A 19-year-old suspected drunken driver crashed an SUV into a building in the Palm City neighborhood early Friday, injuring herself and her three passengers as the vehicle overturned, authorities said.
The driver -- identified as Gizelle Ramirez -- apparently lost control of her speeding Land Rover Discovery about 1:40 a.m.,  struck the outside of an auto-repair business along westbound Palm Avenue near Hollister Street, according to San Diego police Officer Robert Heims. The SUV also went through a fence and hit a pole. The crash left vehicle parts strewn across the street.
One of the women was trapped in the wreck. It took San Diego Fire-Rescue crews about 10 minutes to get her out.
The rescue was complicated by two junkyard dogs that got out from behind the broken fence. Their owner had a tough time reeling them in until an officer coaxed them with a sandwich.
Ramirez and one of her passengers suffered a broken arm and cuts to their faces. Another passenger also had cuts on her face, and the third sustained injuries of an unknown severity, Heims said. They all were taken to hospitals to be treated for serious, but non-life-threatening injuries.
Ramirez was placed under arrest on suspicion of felony DUI and felony reckless driving, Heims said.
Palm Avenue was shut down in the area in both directions in the immediate area of the crash. It was reopened just after 5 a.m.
City News Service Modified 2016