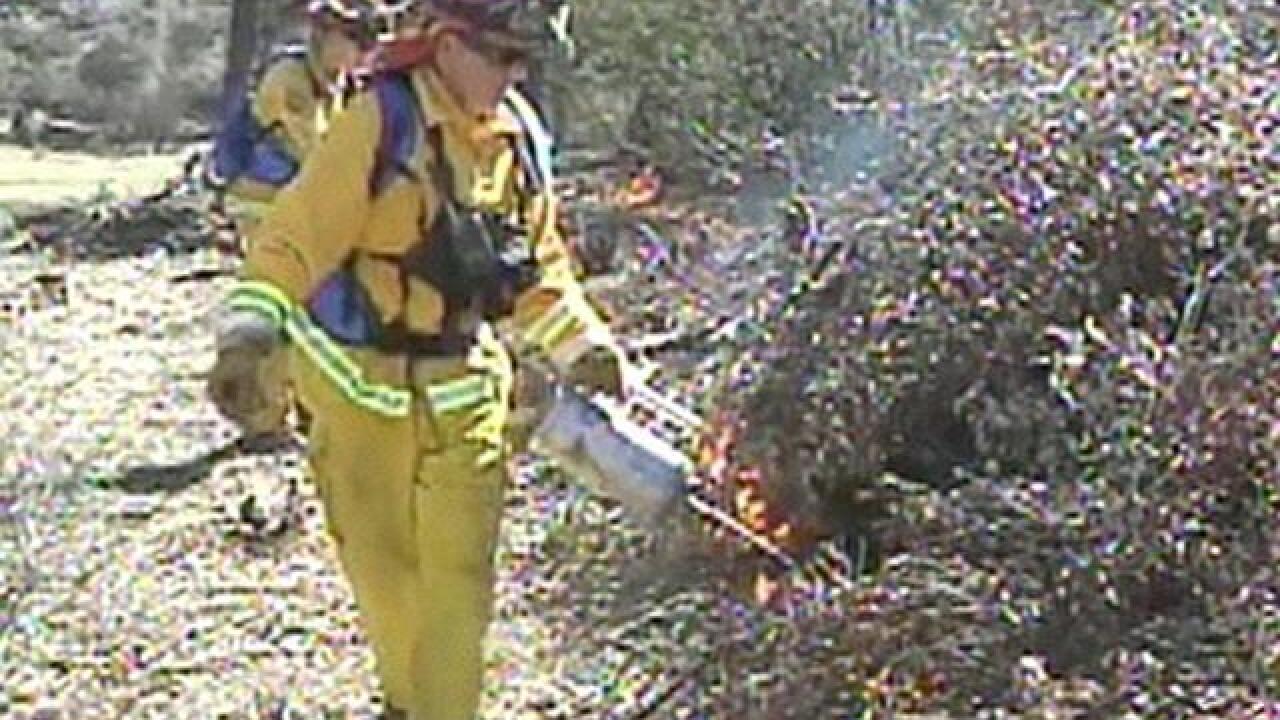 PINE VALLEY, Calif. (CNS) - Firefighters Thursday began a series of controlled burns that will clear potentially problematic combustion-prone brush off about 100 open acres in the East County highlands over the next week or so, authorities reported.

The prescribed fire in the Pine Valley area began late Thursday morning and initially will cover roughly 25 acres on Corte Madera Ranch, south of Interstate 8, according to Cal Fire.

The subsequent stages of the burn will take place following a brief spell of wet weather expected Friday, said Issac Sanchez, a fire captain with the state agency.

The operations are part off the Cal Fire Vegetation Management Program, which is designed to reduce brush that could fuel dangerous wildland blazes.