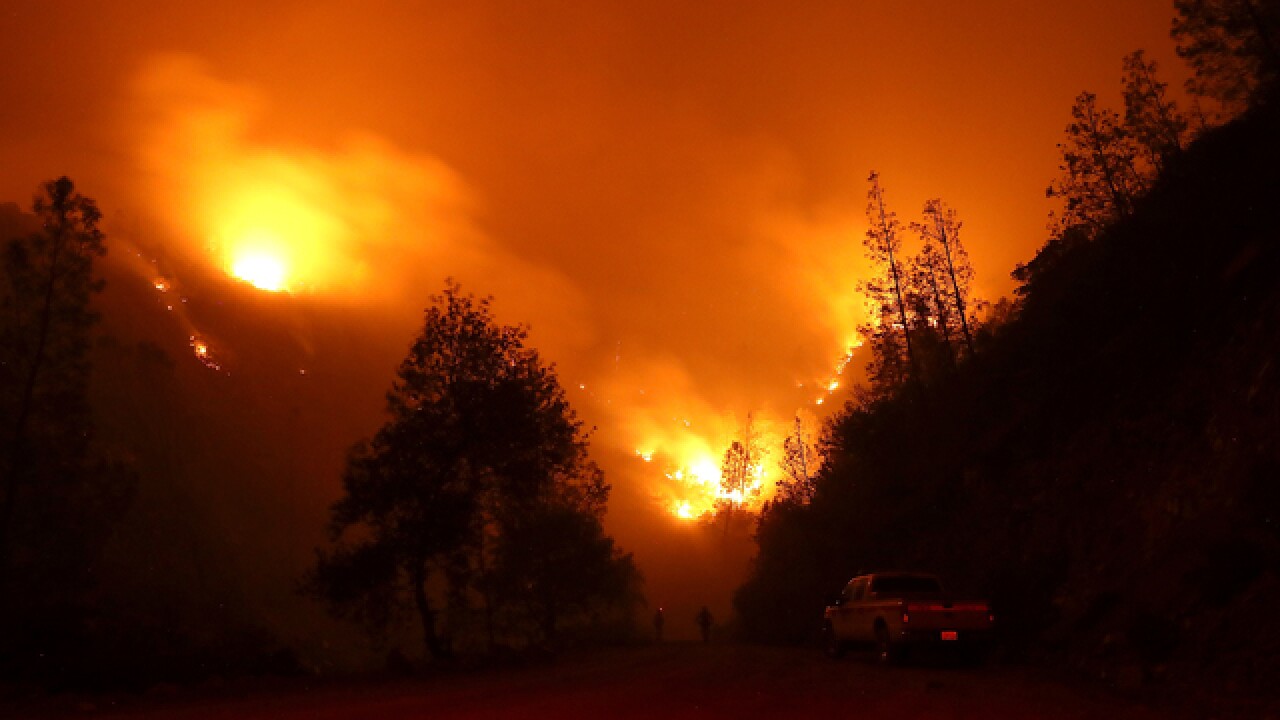 Copyright 2018 Scripps Media, Inc. All rights reserved. This material may not be published, broadcast, rewritten, or redistributed.
Justin Sullivan
<p>LODOGA, CA - AUGUST 07: A back fire started by firefighters burns in a canyon as they battle the Mendocino Complex fire on August 7, 2018 near Lodoga, California. The Mendocino Complex Fire, which is made up of the River Fire and Ranch Fire, has surpassed the Thomas Fire to become the largest wildfire in California state history with over 280,000 acres charred and at least 75 homes destroyed. (Photo by Justin Sullivan/Getty Images)</p>

State fire officials say the firefighter died Monday at the site of the Mendocino Complex fire north of San Francisco. More details have not yet been released.

Six firefighters have now died in connection with a wave of massive wildfires that struck Northern California in the past weeks.

The deadliest wildfire, the Carr Fire, has left a total of eight people dead, including three firefighters.

The Mendocino Complex — actually twin fires being fought together — has burned for more than two weeks. The fire has burned nearly 150 homes and about 547 square miles of brush and forest. That's an area larger than the city of Los Angeles.