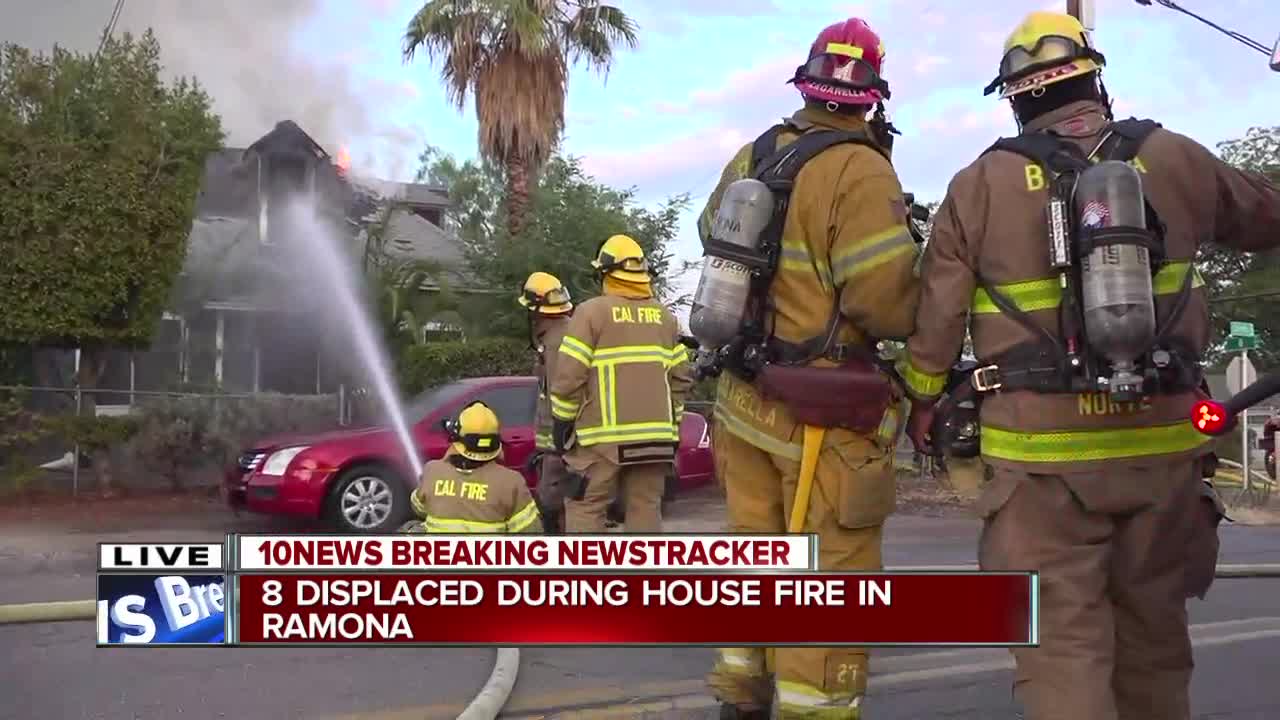 A house in Ramona was fully engulfed in flames Friday morning, forcing residents to flee. 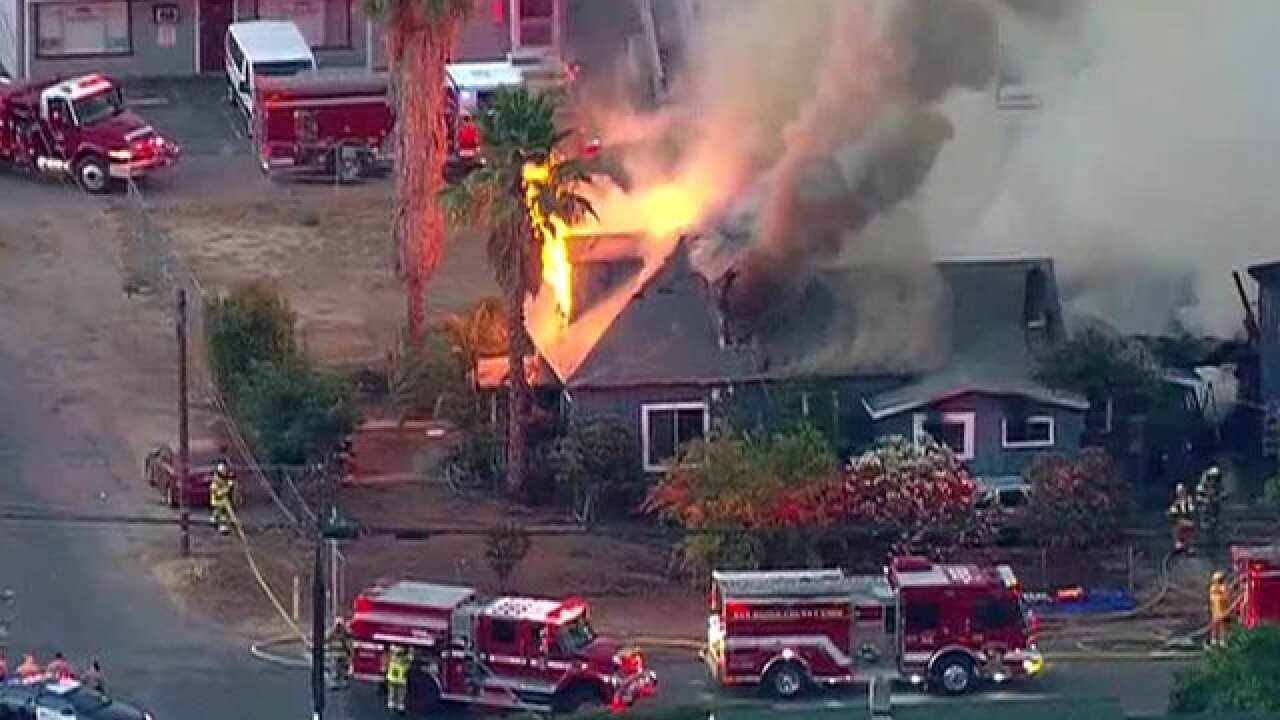 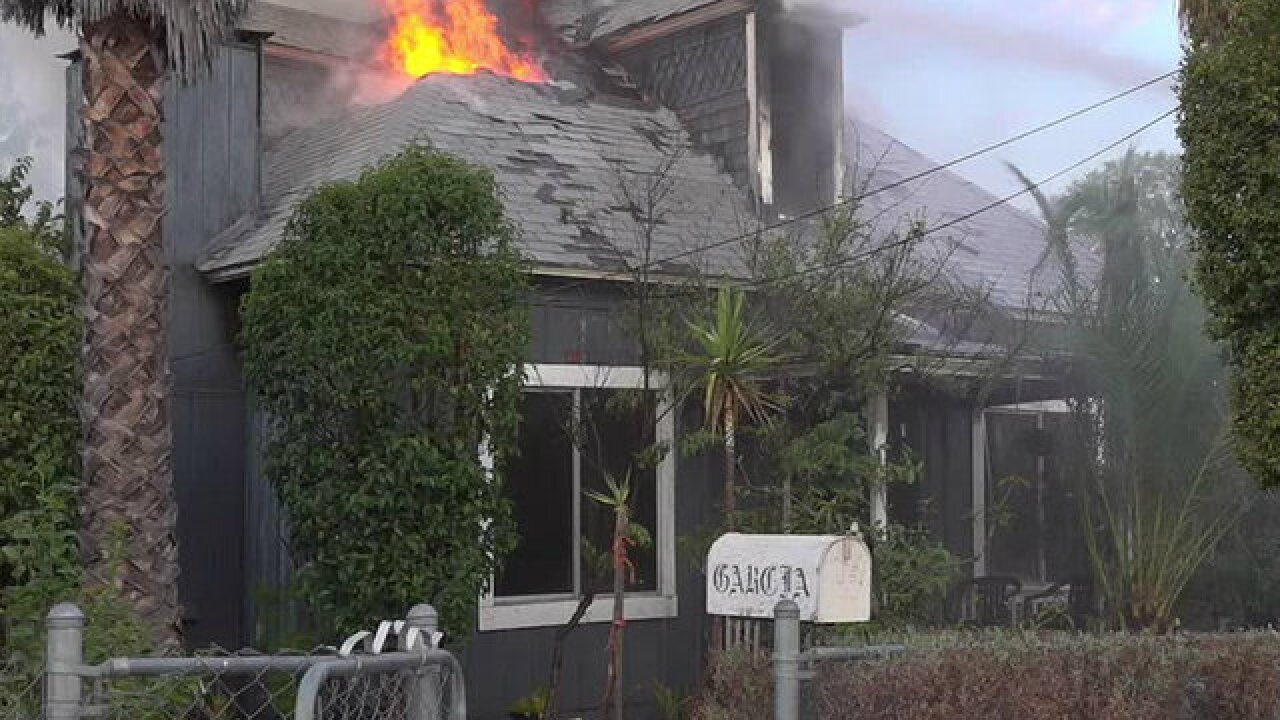 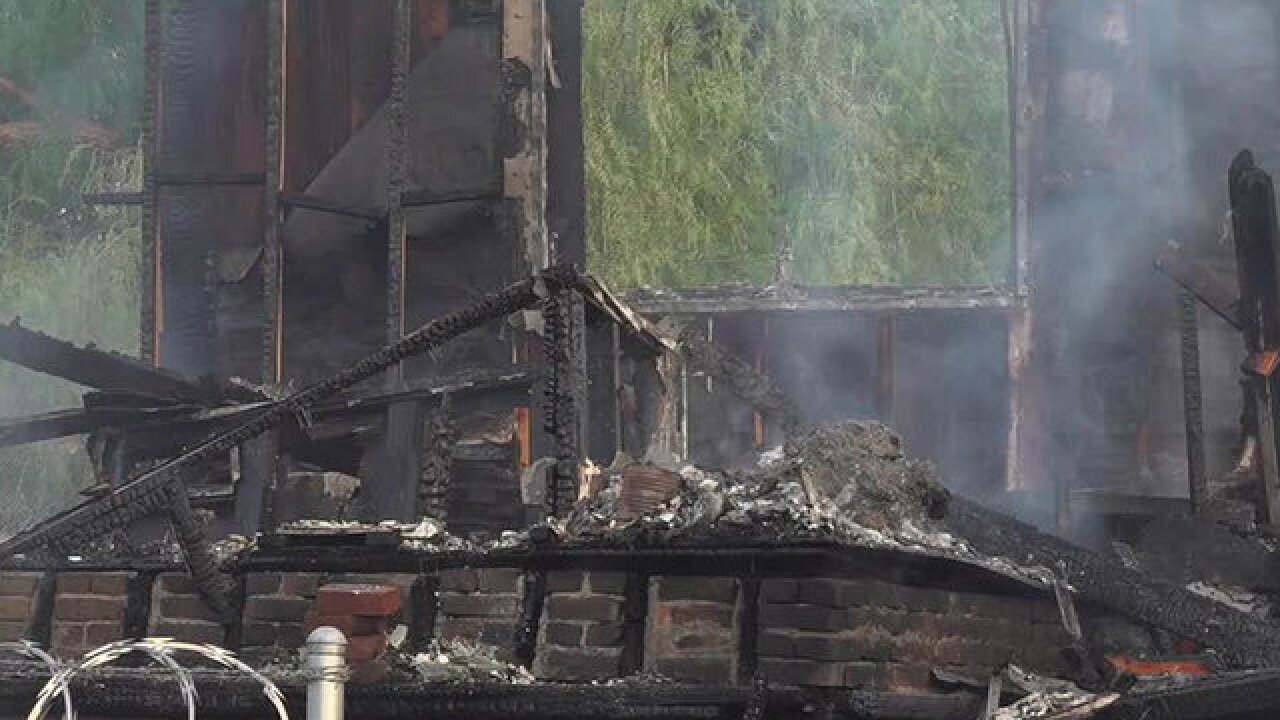 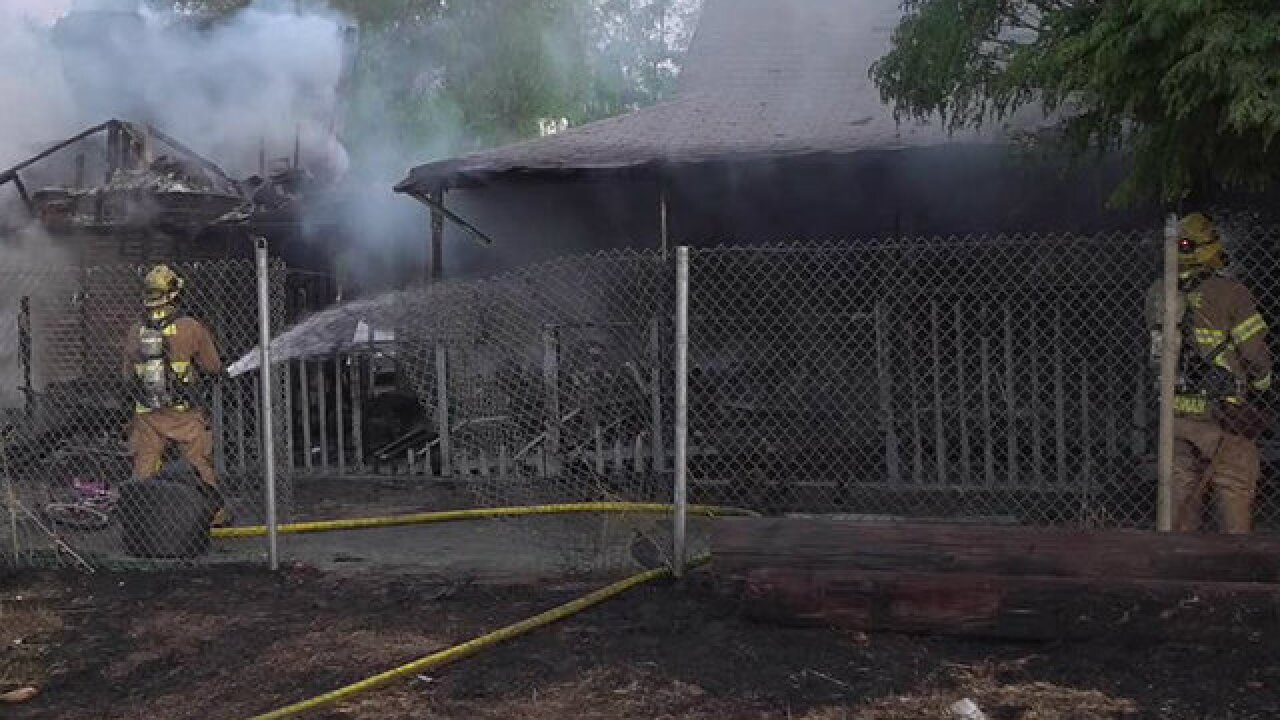 RAMONA, Calif. (KGTV) - Eight people were displaced, but no injuries were reported, after a fire ripped through a Ramona home early Friday morning.

Firefighters responded to a report of a house on fire in the 600 block of B Street at around 5:30 a.m.

Authorities said an exterior building on the property was initially on fire before burning to the ground. The blaze then spread to a house, prompting the residents inside to flee.

10News learned at least eight people, including two children, safely evacuated and are now awaiting assistance from the Red Cross.

Firefighters bring out family portraits to an elderly couple whose home burned down in Ramona. Eight people are now without their home. @10news @CALFIRESANDIEGO pic.twitter.com/iVI3TsihTR

While the home sustained serious damage and may be considered a total loss, firefighters were able to save several priceless photos and other heirlooms that belong to the residents.