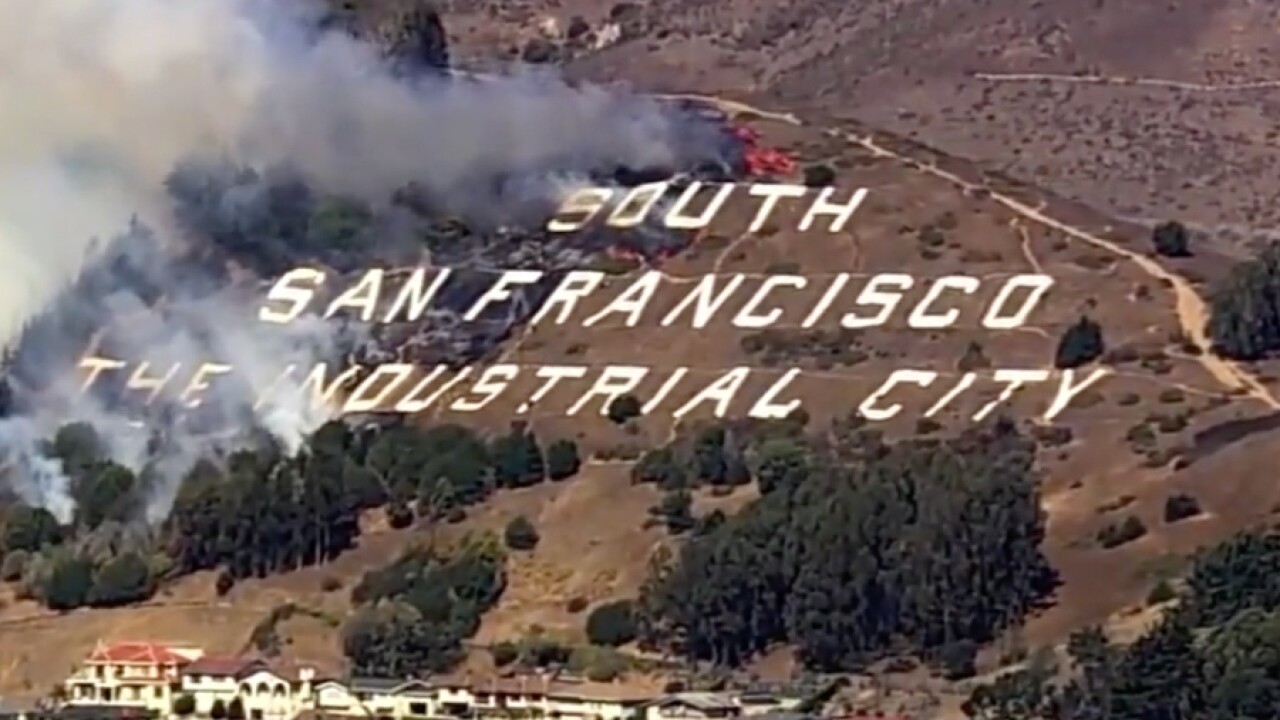 (KGTV) -- A brush fire erupted Friday in the South San Francisco area, burning parts of an iconic hillside sign and prompting evacuations in the area.

Aerial footage showed the blaze burning some letters on a massive sign on a hill that reads “South San Francisco The Industrial City.”

Fire officials did not say how much acreage the fire has burned as of 2 p.m.